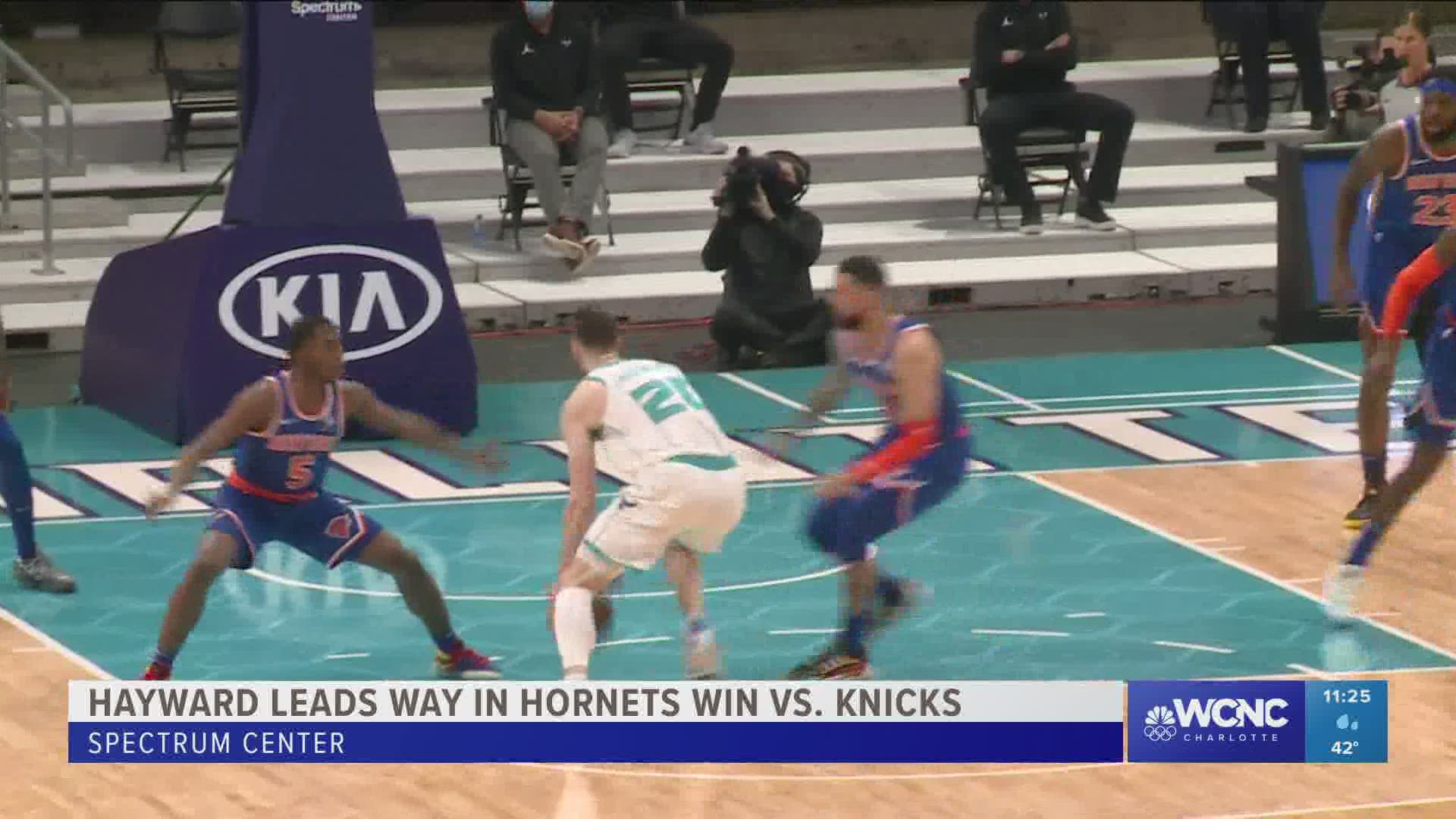 Devonte Graham had 19 points and seven assists for Charlotte, and P.J. Washington had 13 points as the Hornets handed the Knicks their third straight defeat.

The Charlotte Hornets defeat the New York Knicks 109-88 for their fourth win in a row!@wcnc | #Hornets | #Knicks | #NBA pic.twitter.com/NaflyuiDER

Kevin Knox had 19 points to lead the Knicks, and Mitchell Robinson had 12 points and 11 rebounds.

The Hornets scored 24 points off 17 Knicks turnovers. Charlotte committed 10 turnovers while climbing above .500 for the first time this season.