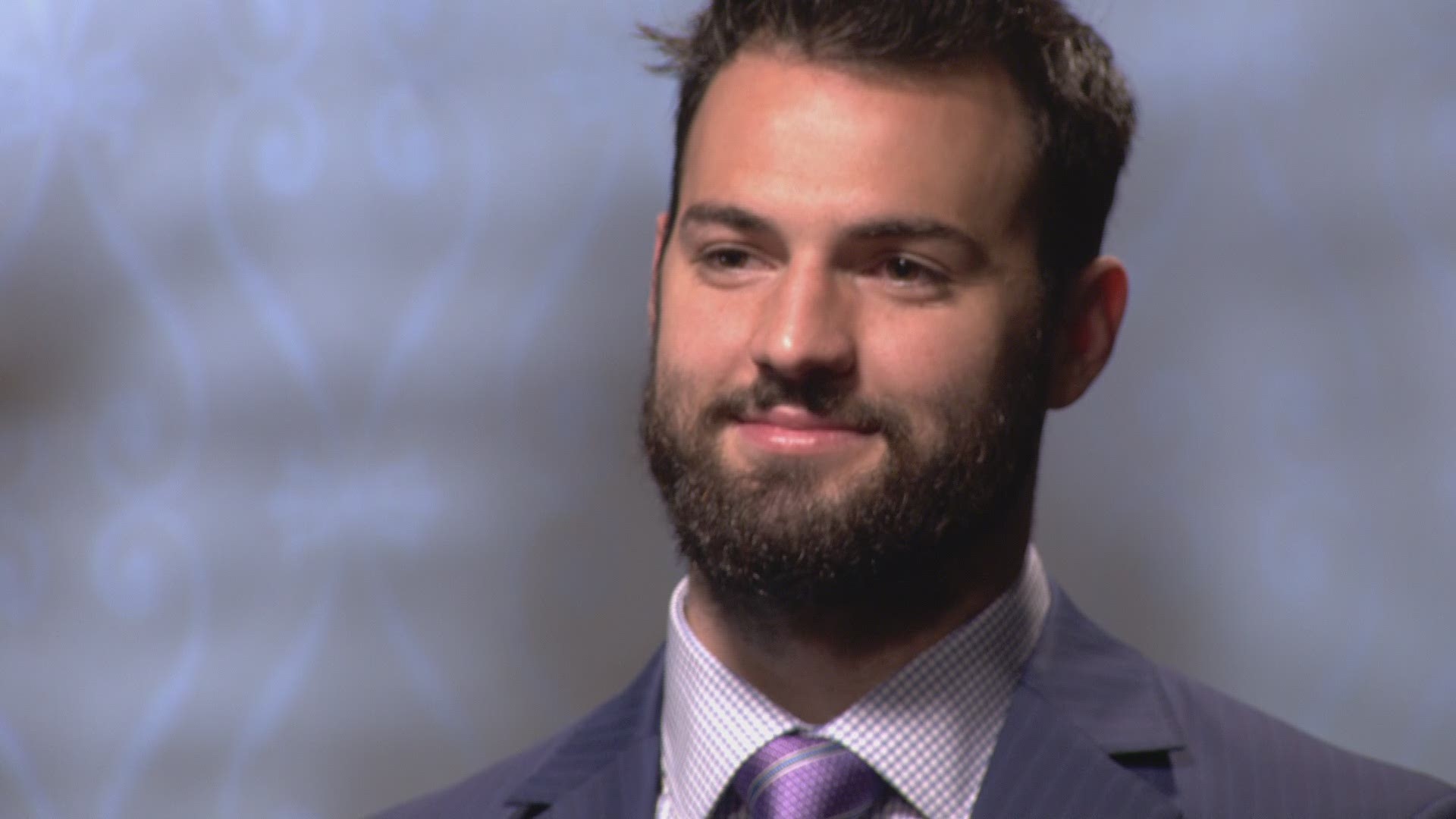 CHARLOTTE - As West Virginia quarterback Will Grier enters the first game of his senior season, a game played in his hometown, he's asked what he would tell his younger self about the last four years.

To understand Will Grier's journey, press rewind on the last four years of his life.

Before a breakout season with West Virginia. Before a new family. Before a tearful apology. Before a promising future at Florida.

And go back to where it all started.

Grier is one of the best high school quarterbacks in state history.

At Davidson, he won state championships with his dad, Chad Grier, serving as coach.

"He's coached me since I was a baby," Will said. "Taught me everything I knew."

Grier went to Florida and for a brief moment in time appeared ready to lead the Gators to greatness again.

But midway through Grier's freshman season, it all came crumbling down.

He tested positive for a performance-enhancing drug.

Grier was suspended for a full calendar year. He ultimately left Florida and fell off the face of the college football map.

A once promising prospect, now a forgotten man.

"There's times of doubt," he said. "I feel like I had some unfinished business."

But on Labor Day weekend 2017 against Virginia Tech, Grier got back to work.

Grier rose out of the ashes, with long locks and a rifle arm, for West Virginia University.

The nation was on notice. Grier threw for 34 touchdowns in an injury-shortened season.

And this year enters as a sure-fire NFL draft prospect and a Heisman Trophy contender.

"I think it just all kind of was God's plan and where he led me and what he wanted for me," he said.

Turns out he also wanted a family. Grier is now married to wife, Jeanne and together they have a little girl, Eloise.

"My daughter is the light of my life. My wife is awesome," he said. "It changed my life."

Saturday the new Will Grier returns to Charlotte. Where it all started. To show how far he's come.

"I've given it a lot of thought. Every time I drive past that stadium I get chills," he said.

It's going to be unbelievable, man."

So what would this Will Grier tell the Will Grier of four years ago? The answer is simple.

"I just kept going. Stayed on the path," he said. "Stayed the course, and kept that faith and over time, everything will work itself out."