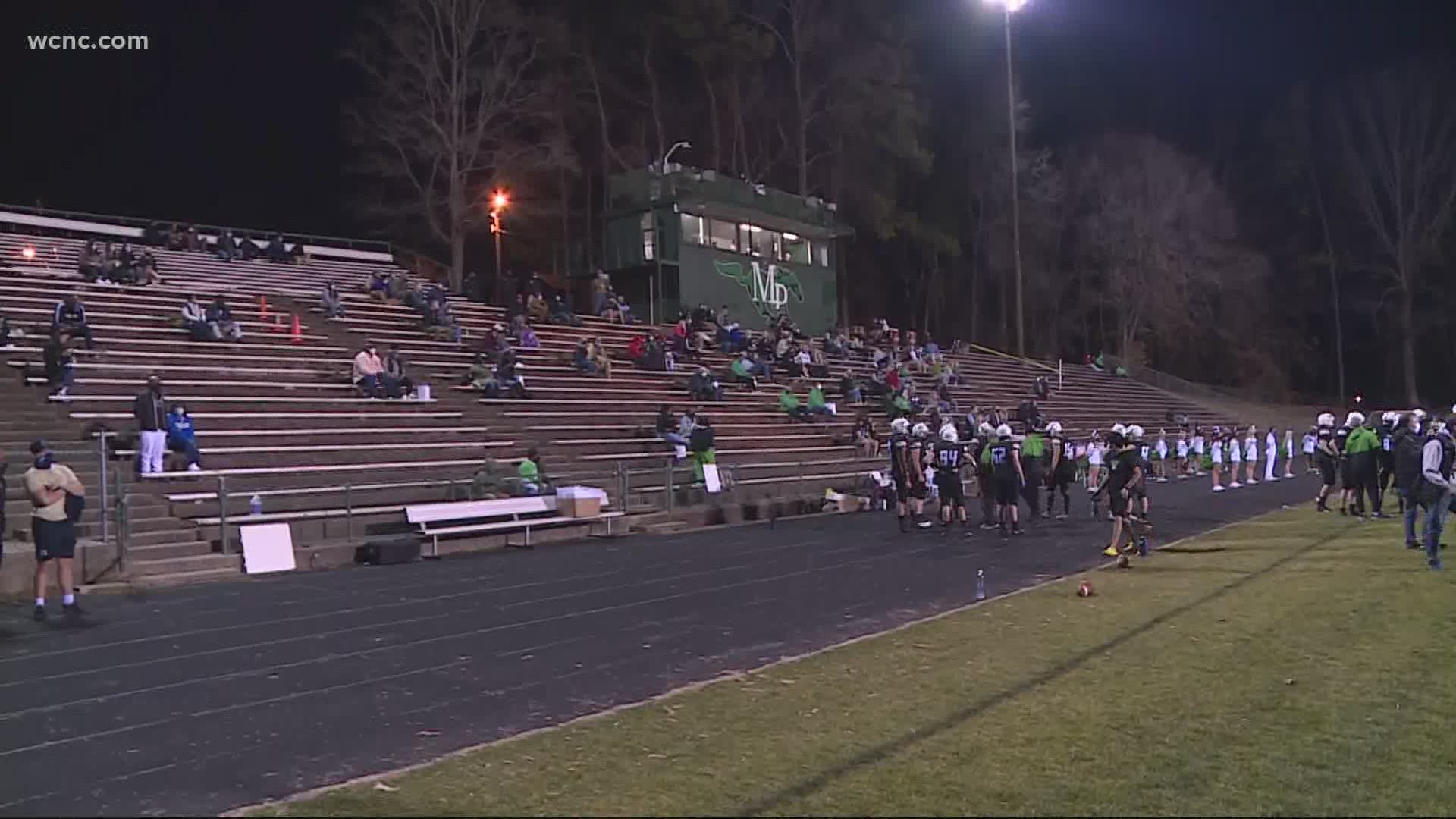 CHARLOTTE, N.C. — The spring football season came one day early around the state of North Carolina, but it was a long time coming.

Some teams took the field for the first time, in the last Thursday of February, worried about Friday's forecast.

Governor Roy Cooper's new Executive Order allowing 30 percent capacity at outdoor events does not begin until Friday, so all Thursday games were limited to 100 spectators.

Here at Myers Park for some HS Football FINALLY.

I already missed a TD while I was coming in, and my best highlight/TD was negated by a penalty.

For Charlotte-Mecklenburg Schools, like Myers Park, that 100-person limit will be upheld for the first Friday, and then expand to 500 beginning next week.

The Mustangs spent their Thursday night game shutting out Garinger, 49-0.

WCNC Charlotte will have Friday night football coverage to kick off the season, at 5, 6 and 11 p.m.