The most decorated athlete in the history of Airport athletics, Jamison has now won three Gatorade Player of the Year awards. 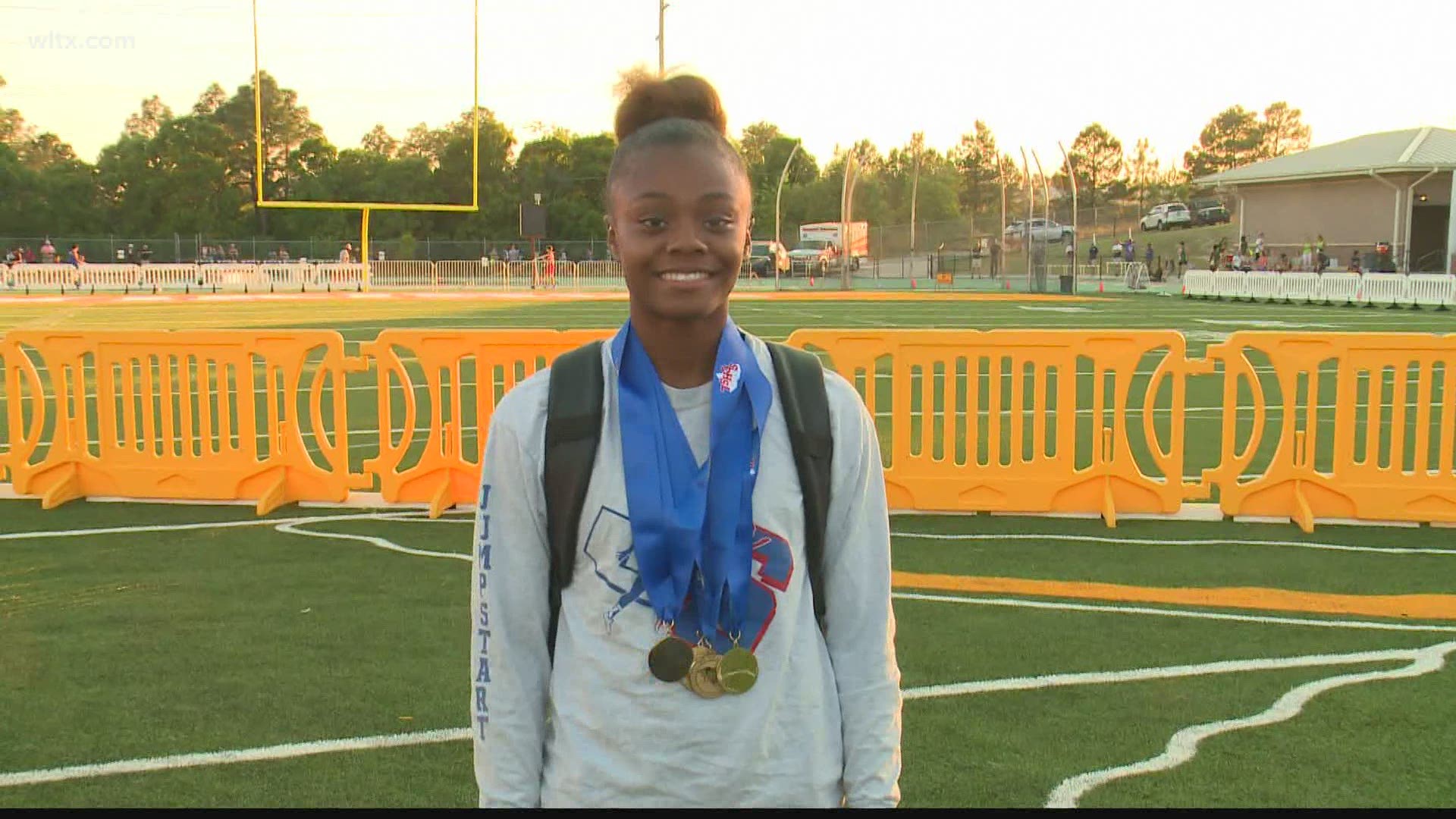 WEST COLUMBIA, S.C. — Jayla Jamison's career at Airport High School was one for the ages. The track and field star won 12 state championships and it could have been more if the 2020 season had not been cancelled due to the pandemic.

Just a couple of months after she swept her four events at the SCHSL Track and Field state championships, Jamison has received the state's highest individual honor. She has been named the Gatorade South Carolina Girls Track & Field Player of the Year, the first athlete from Airport High School to receive that honor which she has now won for the third time.

She is now a finalist for the prestigious Gatorade National Girls Track & Field Player of the Year award to be announced later this month.

Jamison swept the 100-, 200- and 400- meter dash events as well as the long jump at the Class AAAA state meet for a third straight time, leading the Eagles to a third-place finish as a team. At the time of her selection, Jamison’s season-best 200 time of 23.65 seconds ranked No. 21 nationally among prep competitors in the event in 2021. She was one of two female athletes in the country to rank in the Top 65 nationally in the 100, 200, 400 and long jump.

The Gatorade award honors outstanding character and academic achievement along with athletic excellence. Jamison maintained a 3.34 grade point average and she has volunteered locally on behalf of the Special Olympics.

Jamison, who has signed to run track and field at South Carolina, is the second Midlands athlete to receive a Gatorade Player of the Year award this week after former Dutch Fork standout Will Taylor earned that award for baseball.