Student-Athlete of the Week: Stefon Johnson

Impressing coaches is nothing new to Stefon Thompson. He will graduate from Vance High early this semester, and enroll at Syracuse in January to play for the Orange. 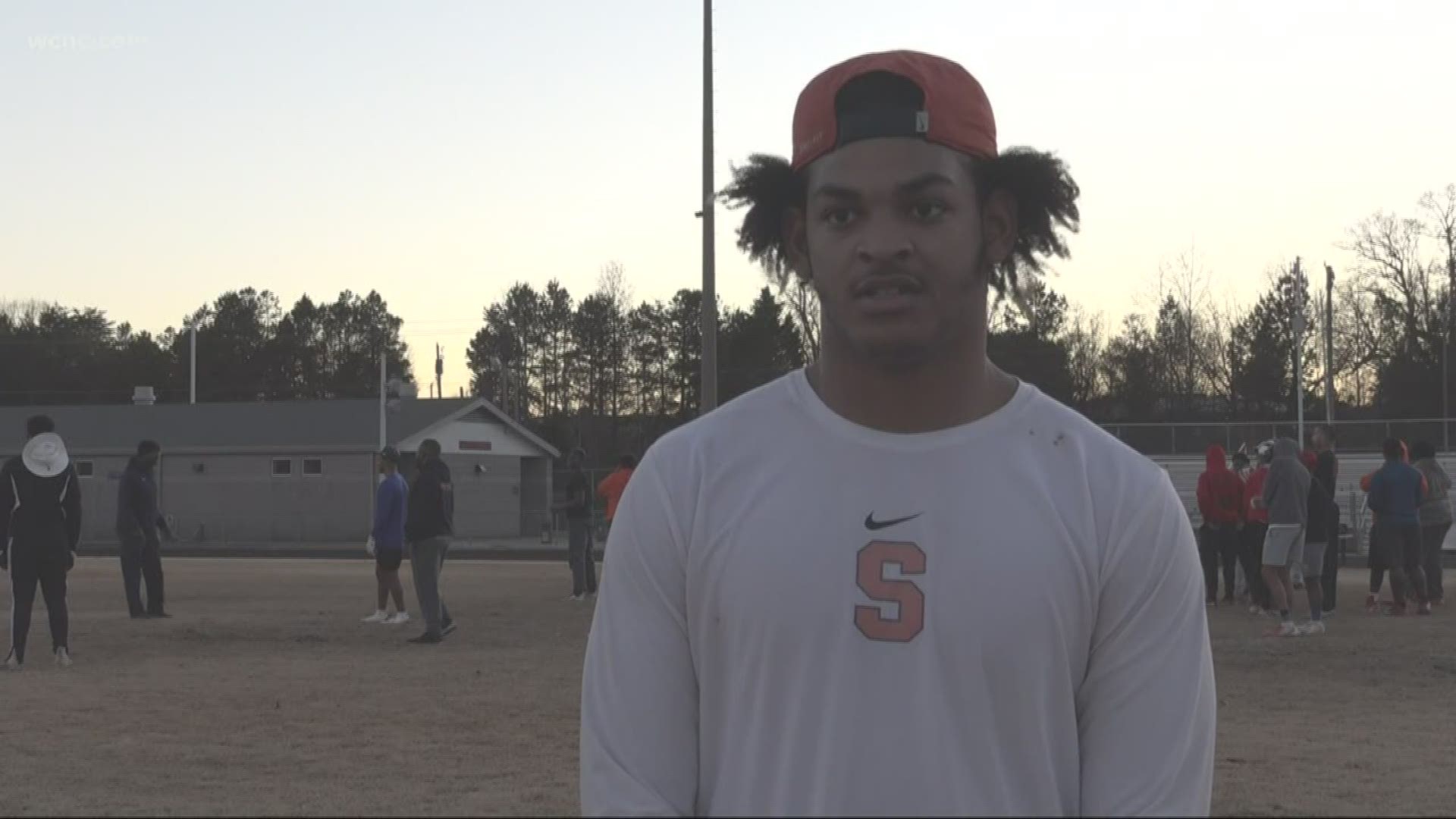 CHARLOTTE, N.C. — Vance High School senior linebacker Stefon Thompson has been one of the key pieces in what might go down as one of the best high school defenses ever in North Carolina.

But it’s the linebackers work on offense this year that has impressed his new coach Glenwood Ferebee.

Thompson has stepped up to play running back, and Coach Ferebee said that had a huge impact on the season.

“He stepped up to the challenge of playing both ways in order to help the offense out,” said Ferebee. “That goes to show that he will do whatever it takes to help the team.”

Impressing coaches is nothing new to Thompson. He will graduate from Vance early this semester, and enroll at Syracuse in January to play for the Orange.

“I just feel proud of myself for being able to leave school early and go to another level and play,” Thompson said. “I praise God for everything that happens.”

Thompson is a solid student and made sure to take honors classes to put him on the right track.

“The classroom is always first,” he said. “I usually do my work in class, get all my work finished. Come out here, come to practice, after practice, go home and get my homework done and watch film.”

“It just goes to show you he’s not just a football player; it’s not just football to him. He knows what happens in that classroom reflects on the football field,” added Ferebee.

Even with Vance’s amazing playoff run, then hopefully a state championship on Saturday, Thompson stays focused off the field.

Free Firehouse Subs today if your name is Jason, Crystal or Richard