"For Kobe," indeed. You have to see this incredible video. 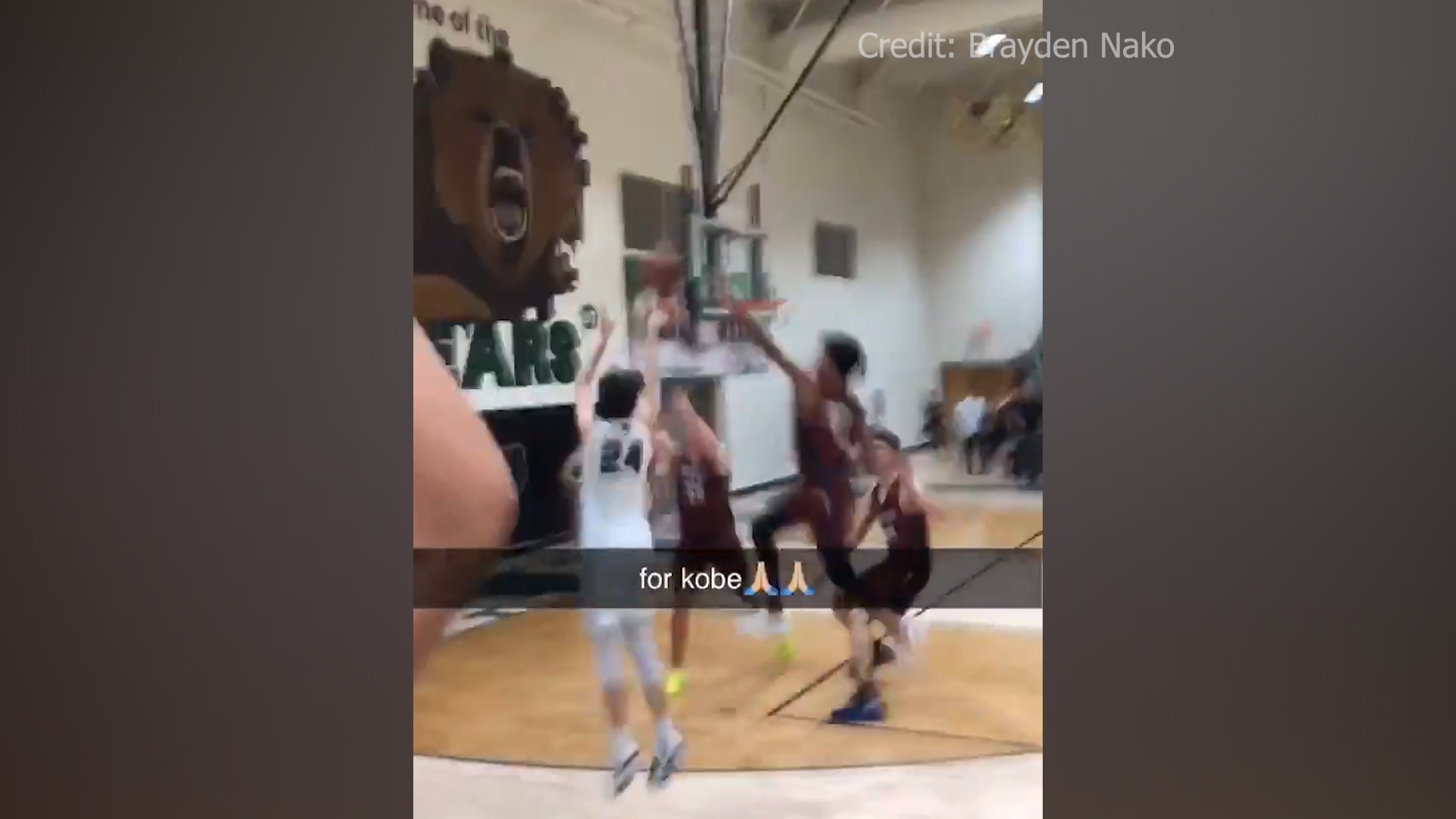 CHANDLER, Ariz. — If there weren’t video to prove it, you wouldn’t believe it.

At a varsity high school basketball game in Arizona a high schooler sank the game-winning shot at the buzzer on Tuesday night. On top of that, he was wearing No. 24, Kobe’s jersey number, as the crowd shouted "Kobe!"

“For Kobe,” read the caption on the video, shared to Twitter by Brayden Nako.

Nako said player Trenton McLaughlin is the one who made the three-pointer while wearing No. 24.

RELATED: Shaq broke down on TV while remembering Kobe Bryant

The world continues to mourn the loss of the basketball great Kobe Bryant in a helicopter crash earlier this week. Kobe's daughter and seven others also perished in the tragic crash.

RELATED: All 9 victims in the Kobe Bryant helicopter crash have been identified

In a heart-wrenching moment of humanity while speaking about his friend and fellow NBA star, NBA on TNT co-host Shaquille O'Neal on Tuesday night became very emotional remarking on all of the people he has lost.

"I lost my little sister, I haven't been sleepin', I haven't been doing the normal things that I usually do. I work, we laugh, we kid, we joke, when I get back home I look at reality and say she's gone and it just hurts," Shaq said as he referred to the Bryants as family saying, "I lost a sister, and now I've lost a little brother."

It was an incredibly emotional moment for O'Neal who at one point didn't appear to be able to finish, but he insisted.

O'Neal said, "We're not going to be able to joke at his hall of fame ceremony...those are the things that you can't get back."

(TEGNA contributed to this report.)