Student-Athlete of the Week: Quintin Davidson

The Kings Mountain Mountaineers are scoring nearly fifty points per game, and one of their biggest weapons is receiver Quintin Davidson. 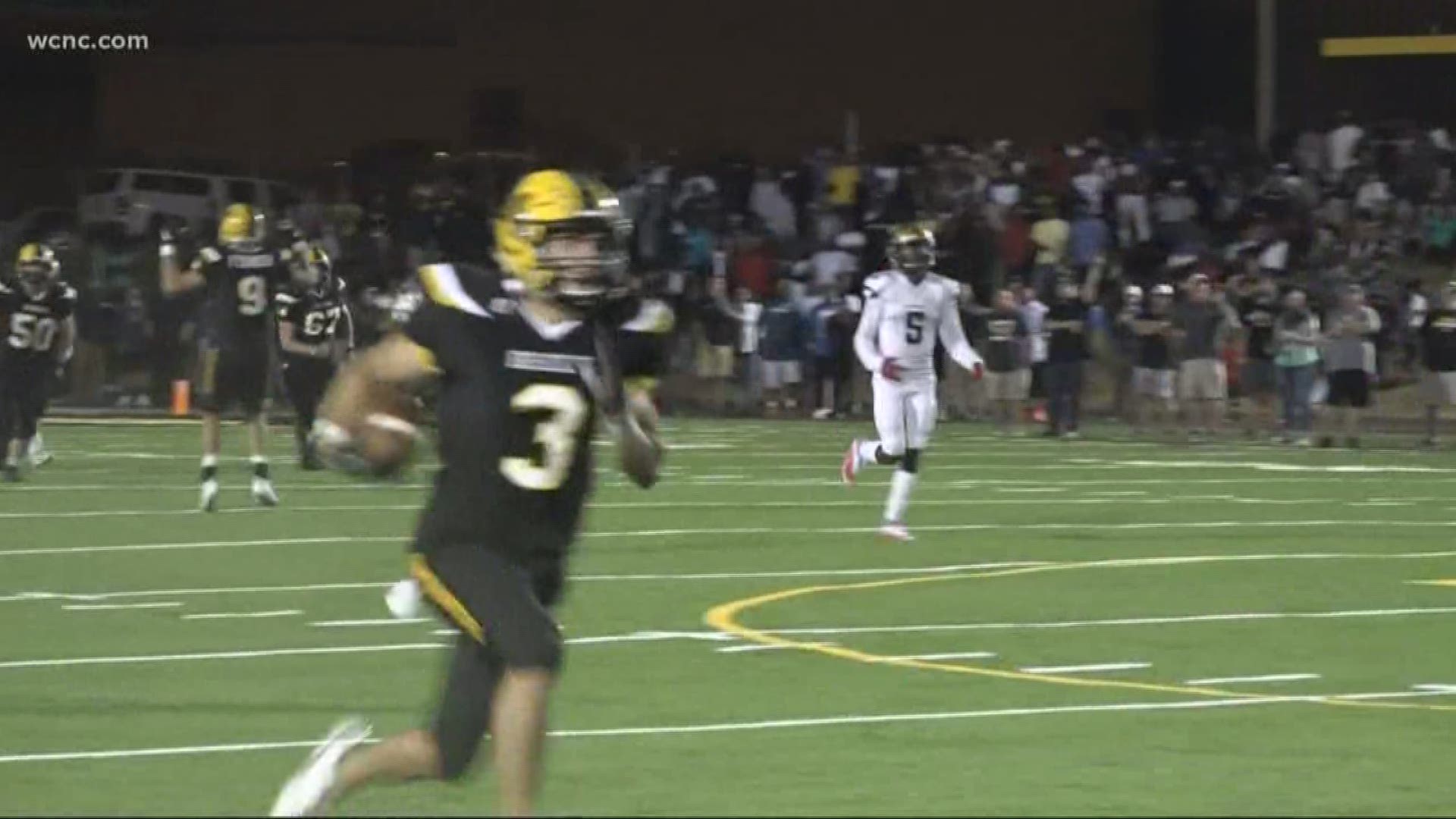 KINGS MOUNTAIN, N.C. — After getting all the way to the 3A West finals last year, the Kings Mountain Mountaineers have kept the momentum going this year with a 7-0 record heading into Friday night’s game at Hunter Huss.

“They’re a good team,” said Kings Mountain coach Greg Lloyd. “I think we’re pretty good this year, so it ought to be a great matchup.”

The Mountaineers are scoring nearly fifty points per game, and one of their biggest weapons is receiver Quintin Davidson.

This year, the senior has 20 catches for over 500 yards and nine touchdowns.

“Discipline,” said Davidson. “That’s what it’s all about. Just do your job, you go out there and win and win big.”

Over the last few years, the Mountaineers have been getting better and better. And so has Davidson.

“He’s just gotten better and better each year,” Lloyd said, “and it’s just culminated this year with a bunch of big plays and big scores. He’s truly special and we’re just blessed to have him on our team.”

Keyword: Team. It’s a concept that’s not lost on Davidson or his teammates.

“You’re a part of a family,” Davidson said. “And that family is an unbreakable bond. We’re all for each other.”