The school will soon be named after civil rights attorney Julius L. Chambers. 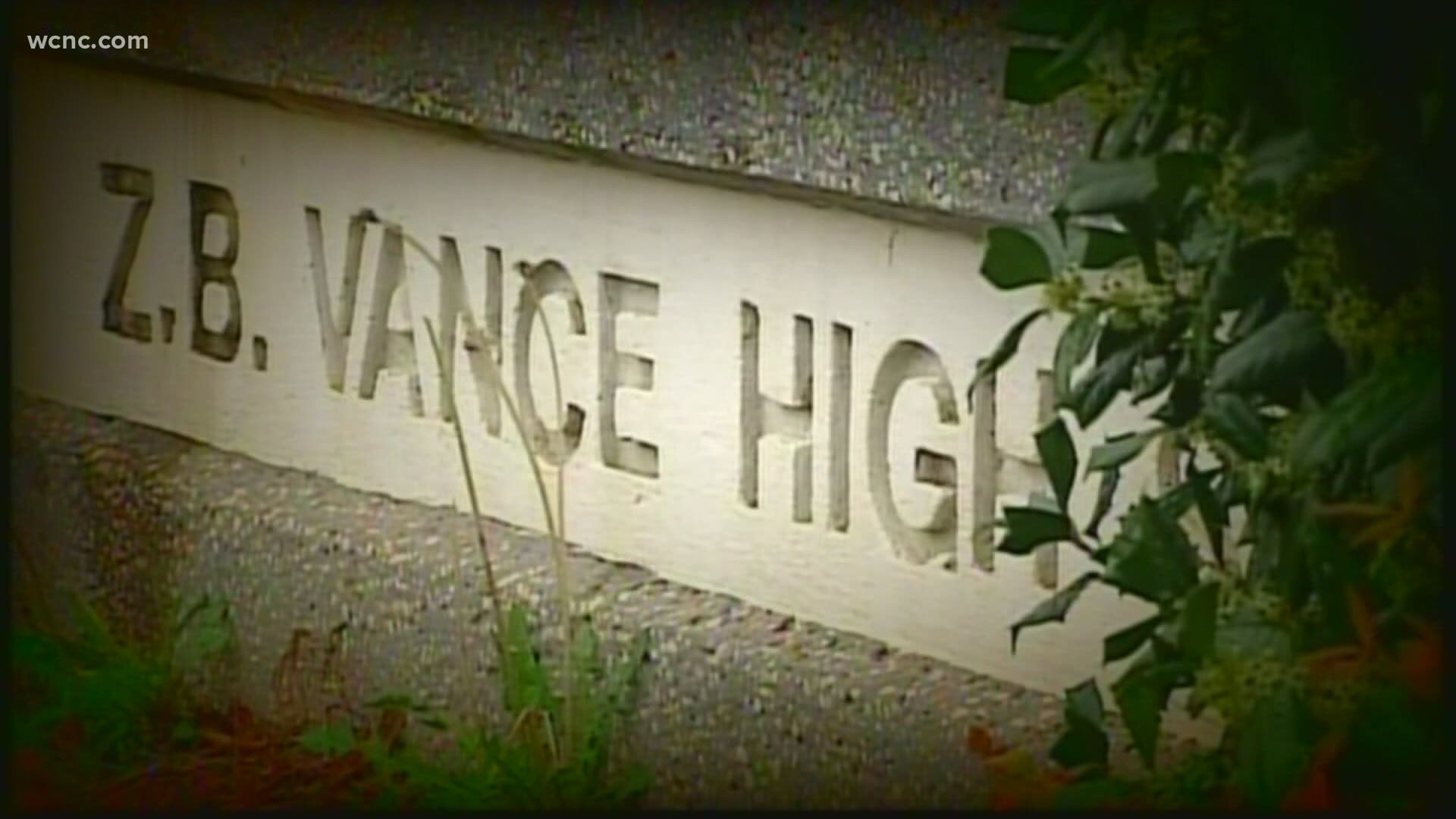 CHARLOTTE, N.C. — Vance Cougars coach Glenwood Ferebee said his players had a lot of questions when the school board voted to change the school's name in October 2020.

"We had some tough conversations with the kids, and a lot of them didn't realize what the name Zebulon B. Vance stood for," Ferebee said.

The Charlotte school, which opened in 1997, was named for the former Confederate officer and former state politician who owned slaves.

"They had a lot of questions, and my coaches and me tried to answer them the best way we could," Ferebee said.

In 2019, the team won the school's first-ever state championship in any sport, creating a lot of pride around the Vance name.

But the team, which is part of a predominantly Black school, is now ready for the new name.

RELATED: At least 160 Confederate symbols taken down in 2020

Beginning this summer, the school's name will change to Julius L. Chambers High School, named after a civil rights attorney who won a Supreme Court case that paved the way for integration in Charlotte's schools.

For the spring 2021 season, the Cougars are using the hashtag #TheLastVance as they pursue a second-straight state championship.