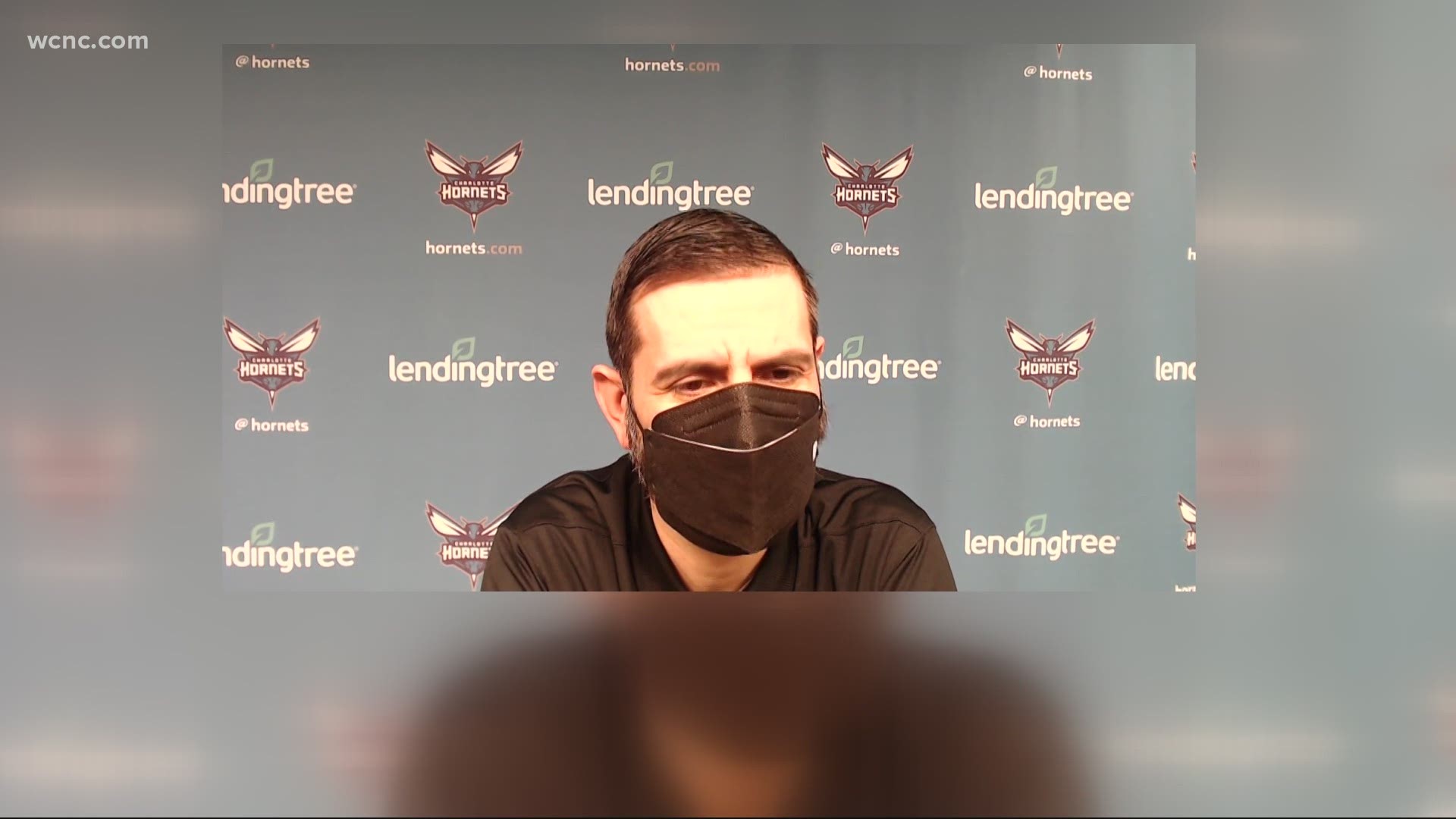 CHARLOTTE, N.C. — Giannis Antetokounmpo had 29 points and 12 rebounds, Brook Lopez added 22 points and the Milwaukee Bucks held off the Charlotte Hornets 114-104 on Tuesday night to avoid a sweep of the teams' regular-season series.

Kris Middleton added 17 points and Jrue Holiday chipped in with 12 points and 10 assists for the Bucks, who bounced back from a 111-104 loss to the short-handed Atlanta Hawks on Sunday.

Devonte Graham scored 25 points and Miles Bridges added 21 points and 10 rebounds for the Hornets, who had their two-game win streak snapped.

Before the game, head coach James Borrego indicated that injured players LaMelo Ball and Malik Monk could join a live practice later this week, but that Gordon Hayward is "not there yet" as the three key players try to return from injury before the regular season ends.

JB indicates that Malik Monk and LaMelo Ball are a bit ahead of Gordon Hayward in terms of their timeline to return. #Hornets hopeful to put them in live practice later this week.

The Hornets beat the Bucks by 12 at home in January and then by eight on April 9 in Milwaukee.

Charlotte will travel to face Boston on Wednesday night. The Hornets defeated the Celtics on Sunday and could win the season series with a victory.