The Hornets said Focke violated the organization's social media policy and would not return as the team's radio broadcaster. 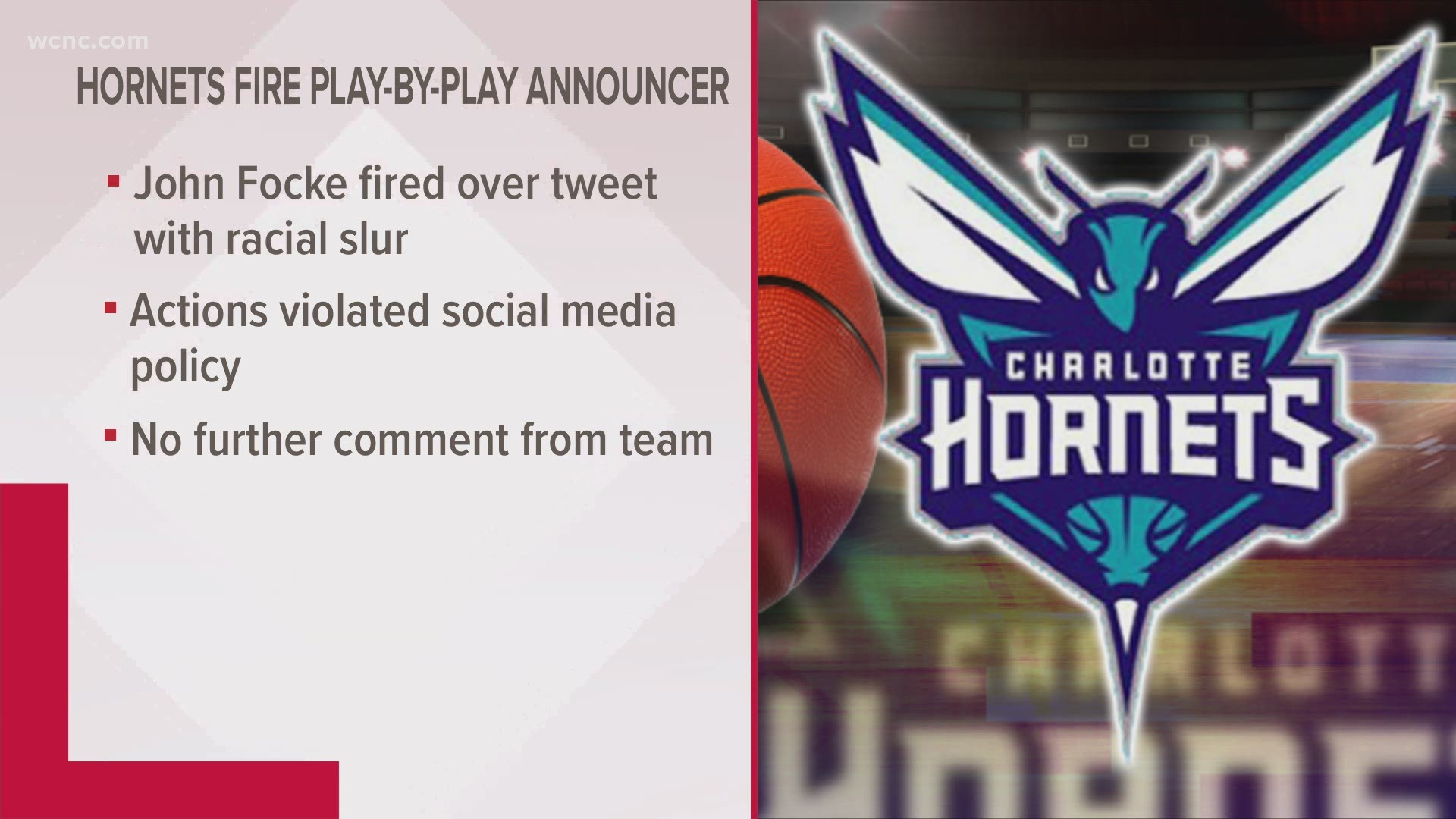 CHARLOTTE, N.C. — Charlotte Hornets announced Thursday, play-by-play announcer John Focke will not return as the team's broadcaster after he sent a tweet with the N-word.

On August 18, the Hornets stated they would conduct further investigation into Focke's comments. Today, the Hornets said Focke violated the organization's social media policy and would not return as the team's radio broadcaster.

Focke tweeted that his mistake came when he was commenting on the Utah Jazz vs Denver Nuggets playoff game.

"Earlier today I made a horrific error while attempted to tweet about the Denver-Utah game," Focke wrote. "I don't know how I mistyped, I had (and have) no intention of ever using that word. I take full responsibility for my actions. I have been sick to my stomach about it ever since. I'm truly sorry that this happened and I apologize to those I offended."