Hornets get No. 3 pick in NBA Draft

Charlotte had just a 6.7% chance to receive the third pick in the NBA Draft Lottery Thursday night 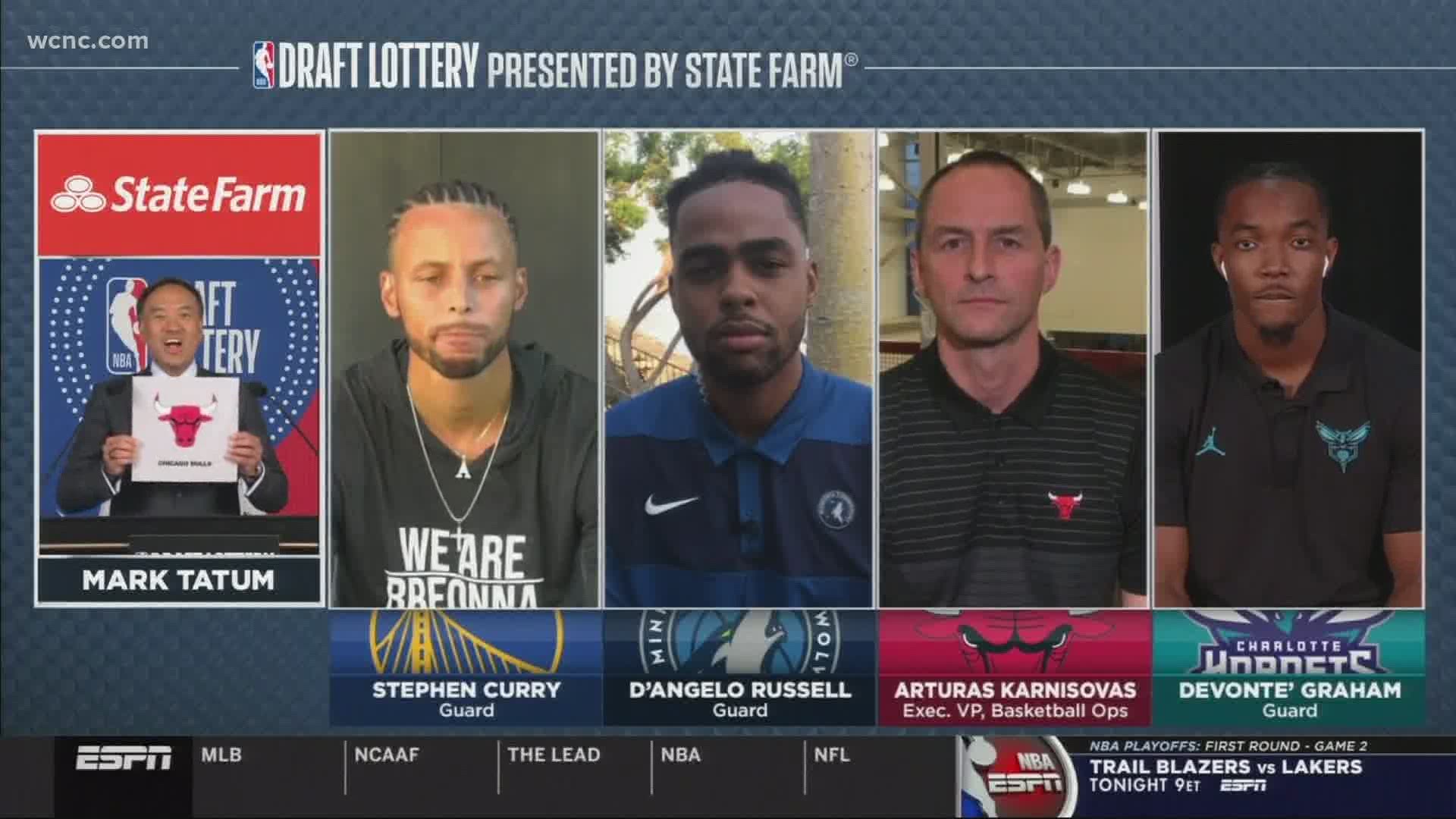 CHARLOTTE, N.C. — The Charlotte Hornets beat the odds in the NBA Draft Lottery, for once.

Fans were thrilled when Charlotte did not receive the 8th pick in the weighted system, because that meant they were guaranteed a Top 4 pick.

But Charlotte will pick third in the draft, which will be held Oct. 16.

#Hornets get the third pick in the #NBA Draft by way of the lottery. There was only a 6.7% chance that would happen. @wcnc

The Minnesota Timberwolves will pick No. 1, and the Golden State Warriors received the second pick.