Team was required to wear the City Edition jerseys five times, but will wear them for at least 15 games 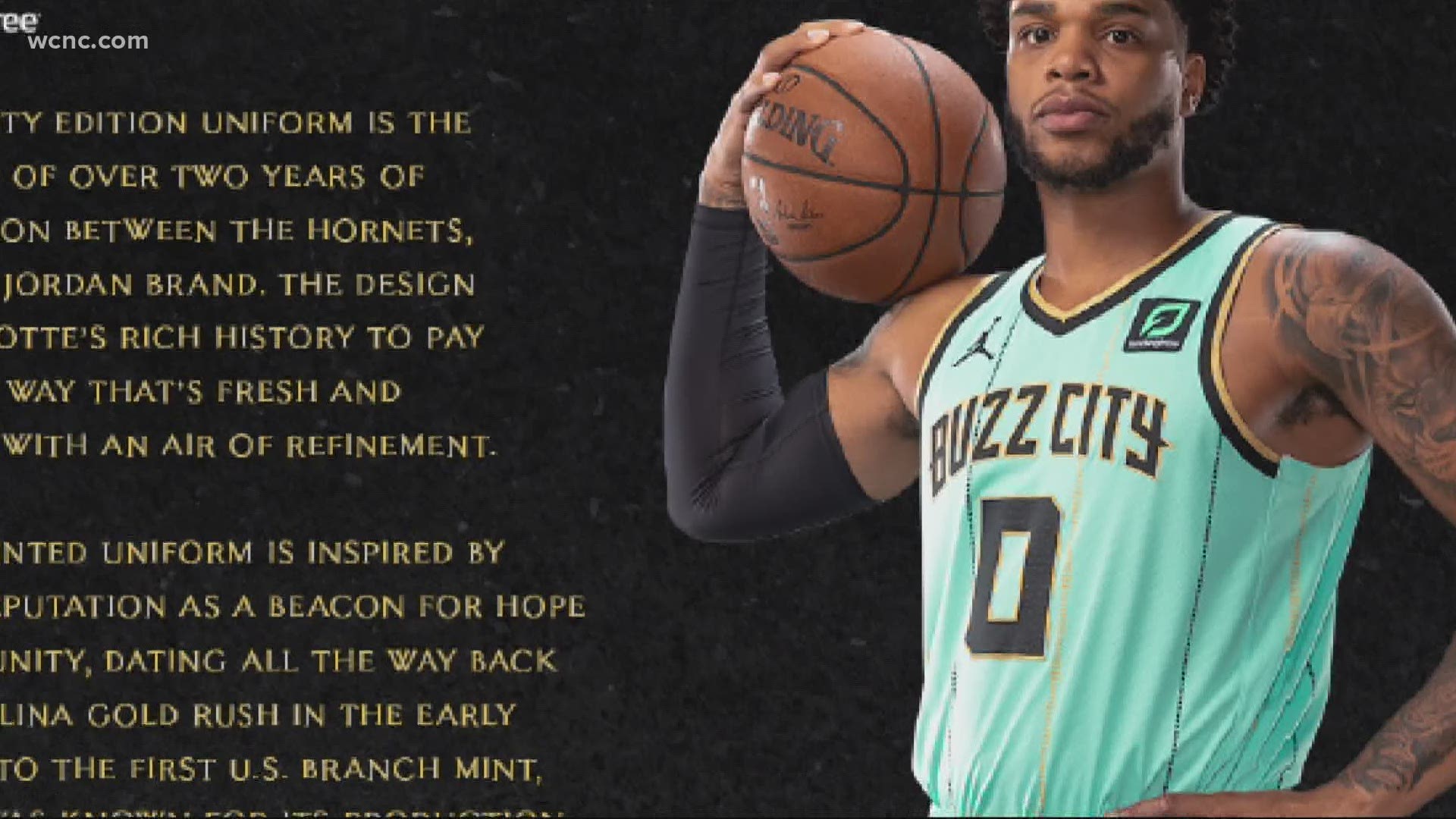 CHARLOTTE, N.C. — All of this year's buzz has brought in big numbers for Hornets merchandise.

"It's really been tremendous. It's been what I would classify as an epic year," the team's Vice President of Consumer Engagement Seth Bennett said. "Triple-digit growth in multiple areas across our retail business."

Despite a recent slide, an early-season surge has the Hornets primed to make a playoff push.

And numbers for apparel have been through the roof.

Every month of the season has seen a significant sales increase, including the team's best-ever January.

One of the coolest products on the shelves?

The new, City Edition Uniforms that celebrate the first gold rush and U.S. branch mint in the nation, which all happened took place in Charlotte.

Our mint, gold and granite uniforms are 🔥 - but they're so much more than a cool new look.

Learn more about the story behind the 20-21 City Edition uniforms in @sam_perley's latest article.

"It validated the instincts we had," Bennett said, "when we sat down with the team at Nike and the NBA a few years ago and we started to look at what story did we have to tell."

For that story they dug deep.

"For one thing they look cool," community historian Dr. Tom Hanchett said, "and they have many layers of history."

The mint color a nod to the city's U.S. mint, built in 1839 after a young boy's discovery led to the country's first gold rush.

"There was a kid playing in a creek 25 miles down Albemarle Road named Conrad Reed," said Hanchett, "and he found a seventeen-pound rock that glittered."

The Hornets uniforms glitter with gold too,  and feature a C, as did the gold coins minted here in Charlotte.

In fact if you look closely they even ridged the pinstripes, just like the edges of those coins.

"That significant hidden feature, discoverable factor, is something I was really proud of us kind of finding that level of detail," Bennett said.

It's that detail, and the story, that connects Hornets fans, to their own history.

"You look at it and think about how talent and the treasures of the people of our community are mined here and have been for so long," he said. "And how having the economic impact, also talk about being a beacon of hope and how people come here for that."

No surprise the mint uniforms have been money.

"I think that the opportunity, that hope, that has been here for a long time. I think the uniforms gesture to that," Hanchett said. "And doggone they've got some new hope on the court too."