Many on Charlotte's NBA team idolized the late superstar 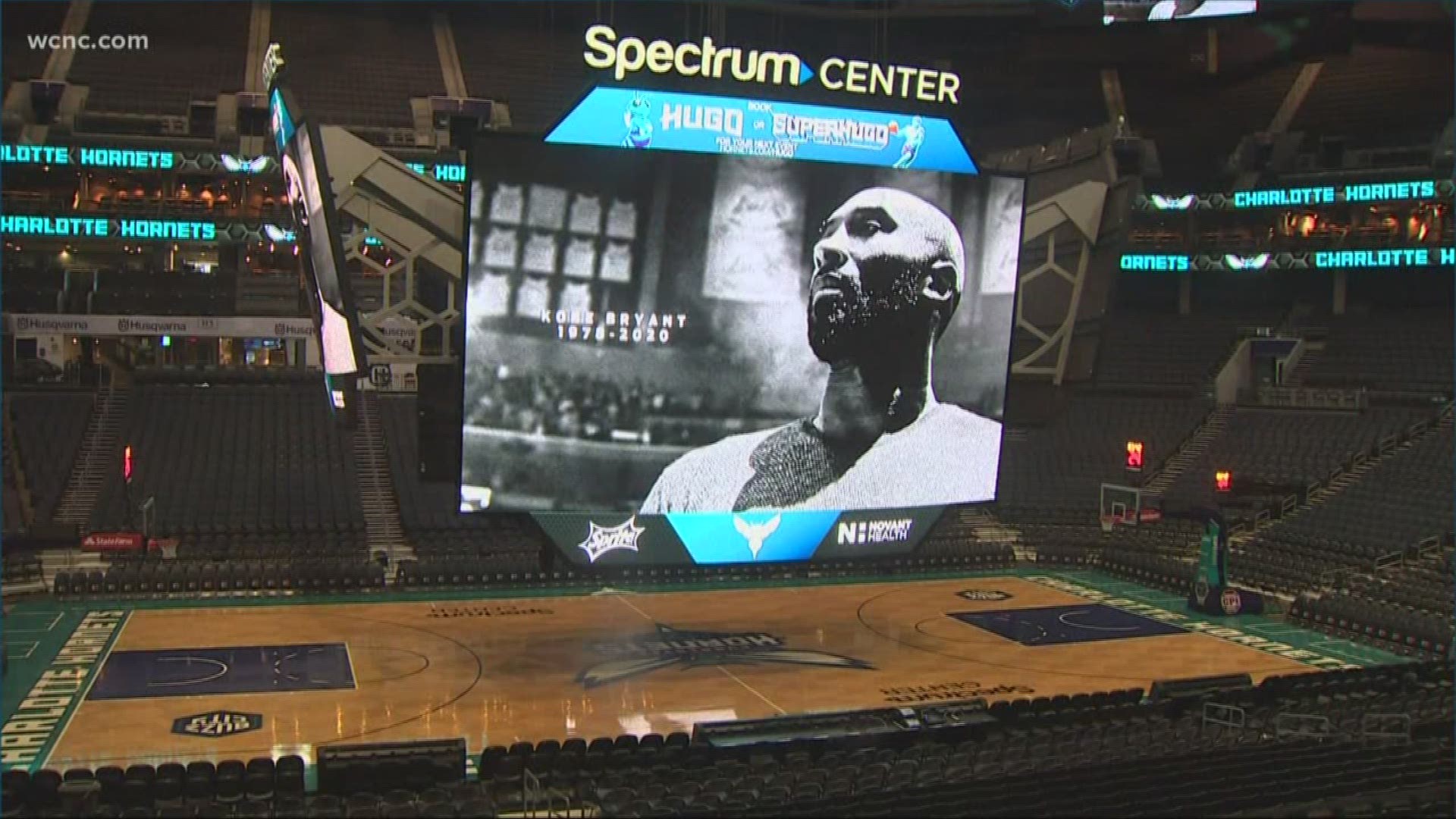 CHARLOTTE, N.C. — One Hornet told us that this was like waking up from a bad dream. And like many of us, NBA players are having trouble processing the death of Kobe Bryant.

With tributes to Bryant inside and outside Spectrum Center, the Hornets held a team meeting this morning to share their feelings about the NBA legend gone too soon.

"Everybody else on the team couldn't say anything because we were all so hurt about it," said second-year forward Miles Bridges.

Bridges did not play with or against Kobe Bryant, but like many on Charlotte's young roster, he idolized him. He even met him once as a teenager.

"Once Kobe walked in the gym," Bridges recalled, "everybody stopped and was watching. Everybody froze. Oh that's Kobe. And when he talked everybody listened."

Veteran Marvin Williams played many times against Bryant, but says he will remember Kobe for the man he was off the court.

"I think the thing that hurts me the most seeing the father that he was," said Williams. "Someone who has two young girls, knowing he's not going to get an opportunity to see them grow up. I think that's what hurts the most."

Bryant was famously a Hornet for less than a week. Selected by Charlotte after a draft trade had already been orchestrated to send him to the Lakers.

Hornets GM Mitch Kupchak was a Lakers executive then, on Bryant's death saying "there will never be another like him."

Owner Michael Jordan saying: "Words can't describe the pain I'm feeling. I loved Kobe. He was like a little brother to me."

Bryant's final game in Charlotte came in the December of 2015. At 37 years old he scored 20 points against the Hornets that night. Afterwards Kemba Walker told him I appreciate you. That appreciation -- much like Kobe Bryan'ts impact -- reaching across the globe upon his death.