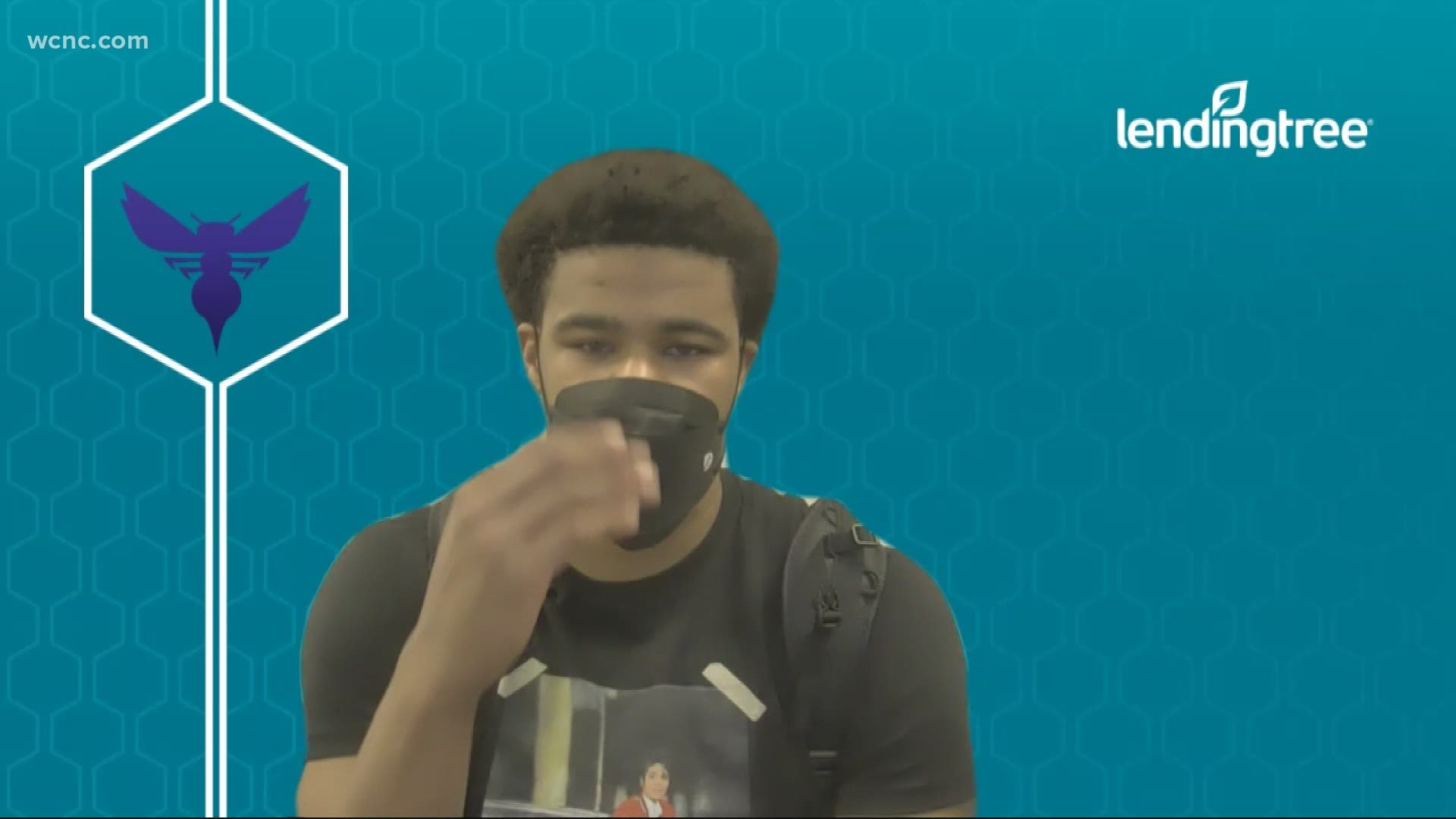 CHARLOTTE, N.C. — With a lengthy injured list, Hornets coach James Borrego turned to an unlikely player to insert in the starting lineup against the second-place Nets on Friday.

Center Vernon Carey Jr., made his coach look good, by scoring 21 points in his first-career start.

Charlotte lost 130-115 to Brooklyn, but Carey served as a silver lining.

"I did pretty well," Carey said. "Just took what the defense gave me. Stayed aggressive and shot the ball with confidence."

Carey, the team's second-round selection from Duke University, hit 9-of-14 shots, including a three-pointer.

"This is why we drafted him," Borrego said. "There's a knack, there's a feel, and this kid's got it."

Carey had only played 10 games heading in to Friday, averaging 3.3 minutes.

Against the Nets, he played 35 minutes.

#Hornets coach James Borrego on Vernon Carey Jr.: "This is why we drafted him. There's a knack, there's a feel that you can't teach. This kid's got it."

"Based on the performance tonight, we've got to look at him," he said. "There's something there."

Miles Bridges had a career-high 33 points in the loss.