The Hornets coach notched a milestone victory on Sunday night 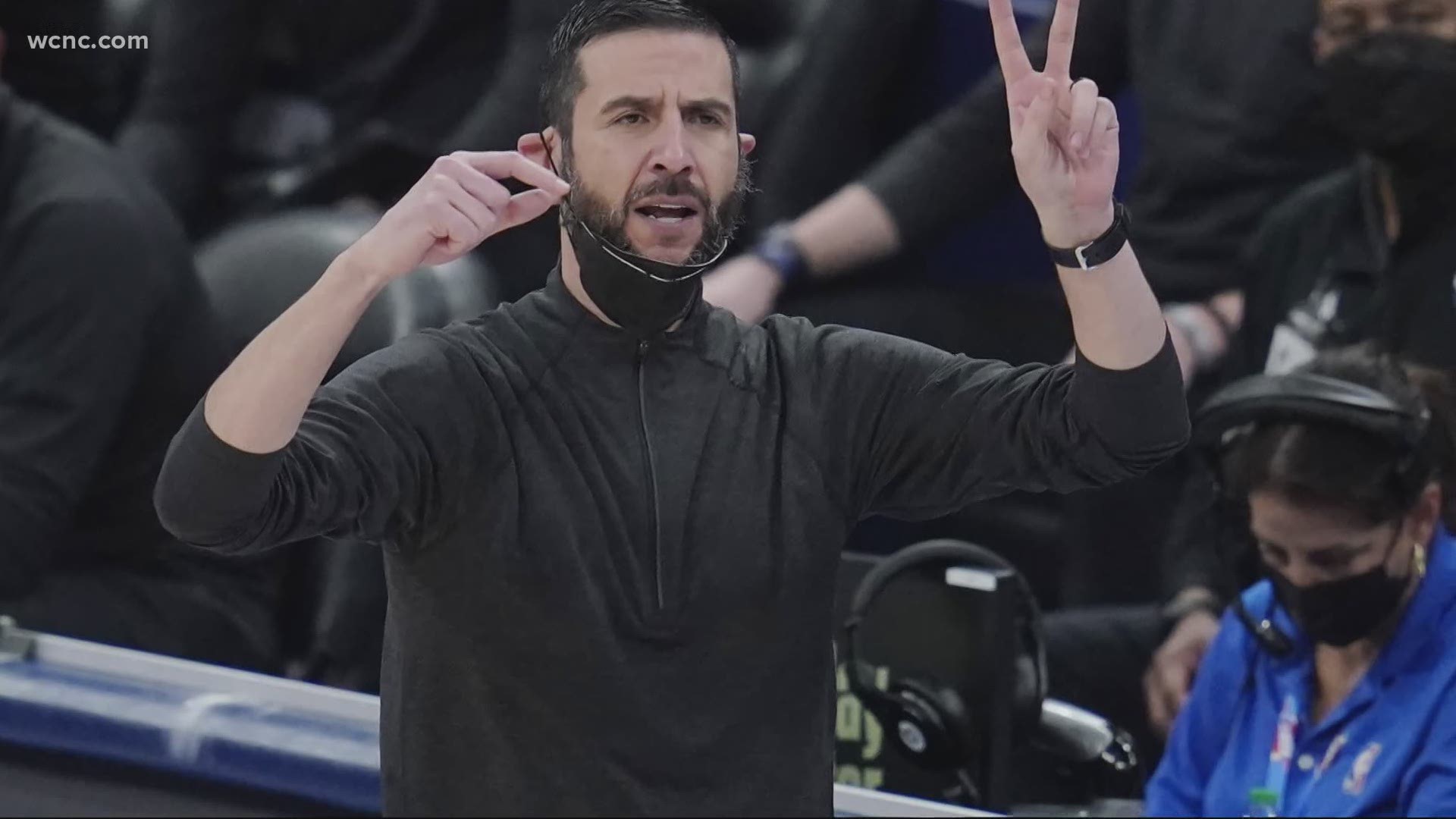 CHARLOTTE, N.C. — After Sunday's victory over the Portland Trail Blazers, the Charlotte Hornets surrounded coach James Borrego in the locker room and doused him with water.

It was his 100th victory as the team's head coach.

I think the release had more to do with the timing of his milestone, than the fact that Borrego reached the century mark.

Entering Sunday's game, 41% of the team's offensive output was still on the injured list.

At times recently, about 70% of the Hornets scoring has been unable to play.

But Borrego, who preaches and practices player development, still has his team on an upwards trajectory despite a small slide in the standings.

With most of his key players missing, he tried Jalen McDaniels in the starting lineup.

Join us in congratulating Coach JB for his 100th win as a head coach! 🎉👏🏾 GIFs ONLY! #AllFly pic.twitter.com/n5guqPRTj2

The former second-round pick is now averaging 14 points and five rebounds per start.

On Friday night, despite a loss to Brooklyn, his insertion of rookie center Vernon Carey in to the lineup nearly led to an upset win.

Carey scored 21 points in his first start, playing 35 minutes when his previous season-high was seven.

There has been an elevated criticism of Borrego this season.

Perhaps it's because the team is at the .500 mark in year three, despite the most talented roster in Borrego's tenure (see: injuries).

It could be the fact that an entire sub-set of fans found the franchise on Nov. 18, when LaMelo Ball was drafted.

It took Borrego a while to insert Ball, a clear superstar in the making, into the starting five.

I thought Malik Monk should have found the floor sooner.

But Borrego clearly has the pulse of this team, and he's keeping it beating through the toughest stretch of the year.

Without him playing "Operation" and tinkering every night like a surgical lineup specialist, the Hornets would have likely flatlined.

The fact is, "JB" has earned the time and the trust in the Hornets building and amongst his bosses, to try and win 100 more.