ACC Commissioner John Swofford announced his plans to retire at the end of the 2020-21 athletic year. He is the conference's longest-tenured commissioner. 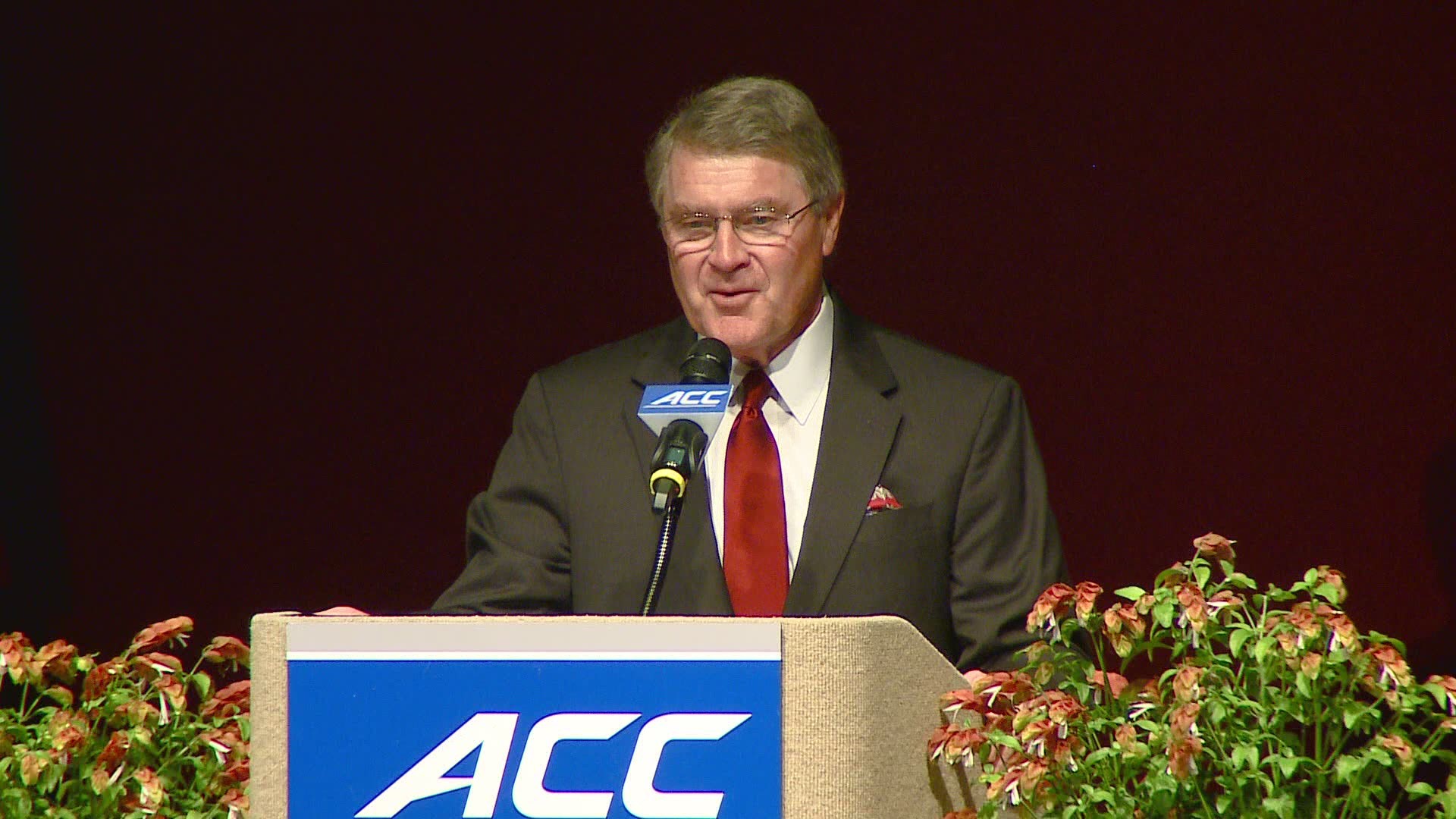 GREENSBORO, N.C. — John Swofford, the longest-tenured commissioner in the 67-year history of the Atlantic Coast Conference, announced today that he plans to retire after the 2020-21 athletic year. He will remain the commissioner until his successor is installed and plans to help with the transition, ACC officials said.

Swofford is notedly responsible for the growth of the ACC to 15 teams with Miami and Virginia Tech in 2004, quickly followed by Boston College and later joined by Pitt, Syracuse, Notre Dame and Louisville. He also spurred the media partnership with the Orange Bowl and joining with ESPN in August 2019 to establish the ACC Network.

“It has been a privilege to be a part of the ACC for over five decades and my respect and appreciation for those associated with the league throughout its history is immeasurable,” said Swofford. “Having been an ACC student-athlete, athletics director and commissioner has been an absolute honor. There are immediate challenges that face not only college athletics, but our entire country, and I will continue to do my very best to help guide the conference in these unprecedented times through the remainder of my tenure. Nora and I have been planning for this to be my last year for some time and I look forward to enjoying the remarkable friendships and memories I’ve been blessed with long after I leave this chair.”

In his 23 years as ACC Commissioner, the ACC has won 92 national team titles in 19 of the league’s 27 sponsored sports.

“John Swofford, in his historic tenure, has come to embody the very best of the ACC,” Kent Syverud, chancellor of Syracuse University and the Chair of the ACC Board of Directors, said, “The Conference has been dramatically enhanced in every way during the last quarter-century, especially in its balance of academics and athletics.  All 15 Presidents of the Conference, like their universities, are deeply grateful to John for his transformative leadership.”

A native of North Wilkesboro, North Carolina, Swofford was a three-sport most valuable player and all-state quarterback, Swofford attended the University of North Carolina on a Morehead Scholarship. In addition to earning a spot on the ACC Academic Honor Roll as a student-athlete, he started at quarterback as a sophomore and part of his junior year, and then finished his career as a defensive back for UNC’s 1971 ACC Championship team.