Fans could only attend virtually this year. 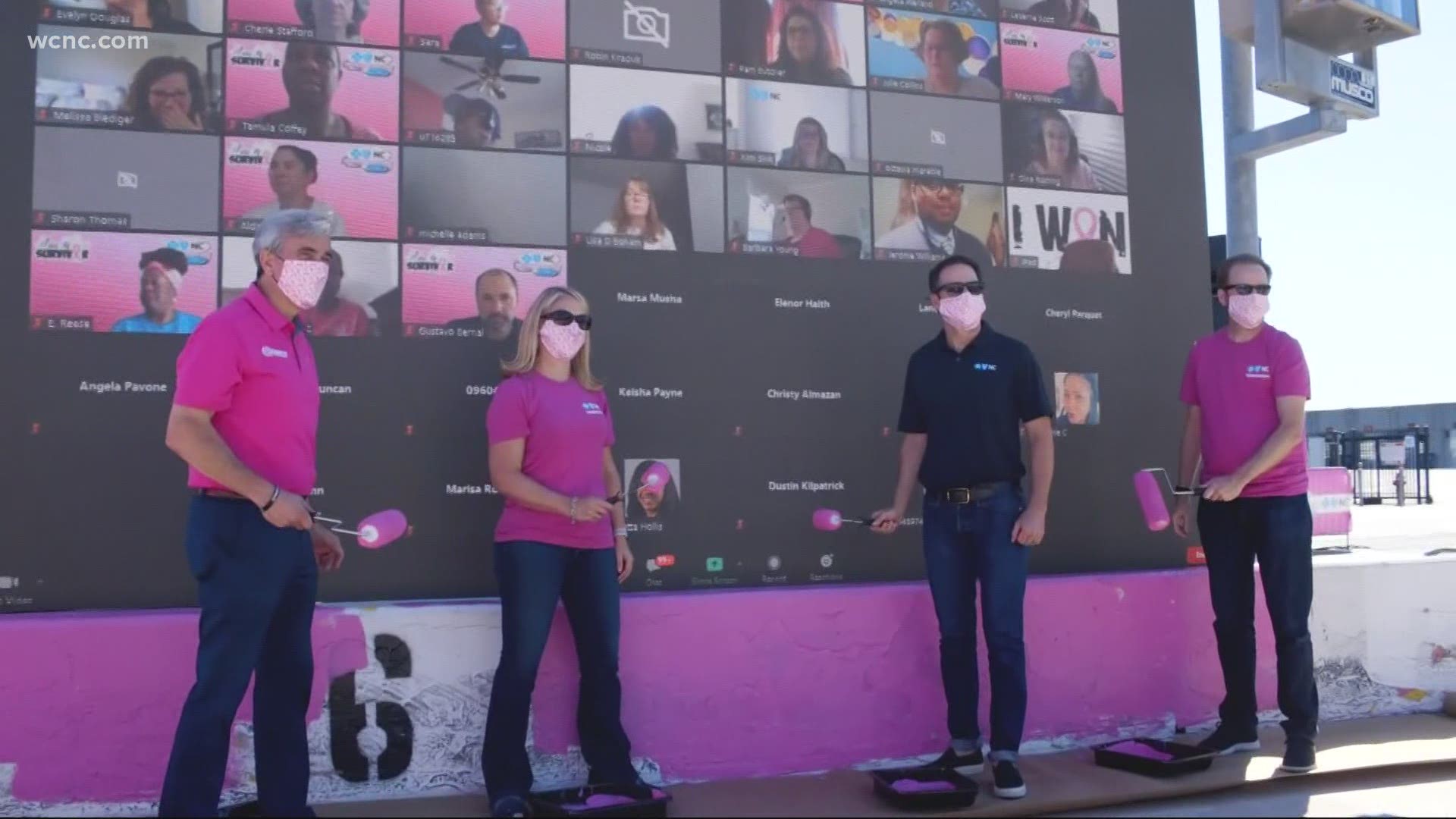 Normally the event is attended by several survivors. They were there, but virtually, displayed on a large video conference as Johnson painted the wall.

"Certainly missed all the fans and the energy here with the survivors," said Johnson, "but to have the virtual board and to know that they were there and watching was really special and neat."

Helping Johnson out as usual, were members of BlueCross BlueShield NC, including COO Gerald Petkau, a survivor himself.

"It’s an outstanding opportunity for coming together as a group,” Petkau said. “It’s so moving to be able to hear their stories."

In addition to the pink wall, it was announced Johnson will wear pink gloves at the Oct. 11 Bank of Americal ROVAL 400 at the speedway and a pink Toyota Camry pace car was unveiled.

"When you have a cancer that with early detection and is beatable and helping the general public understand that more and more," said Johnson, "you've got a recipe for success."

The pink pit wall will be on display for the Drive For The Cure 250 and the Bank of Americal ROVAL 400 Oct. 10-11 at the speedway.

Both races will air on WCNC Charlotte.

'Everyone was chipping in': Tampa Bay Lightning win Stanley Cup

"He was my biggest fan": Panthers RB thinks of late father as he helps Carolina to a win