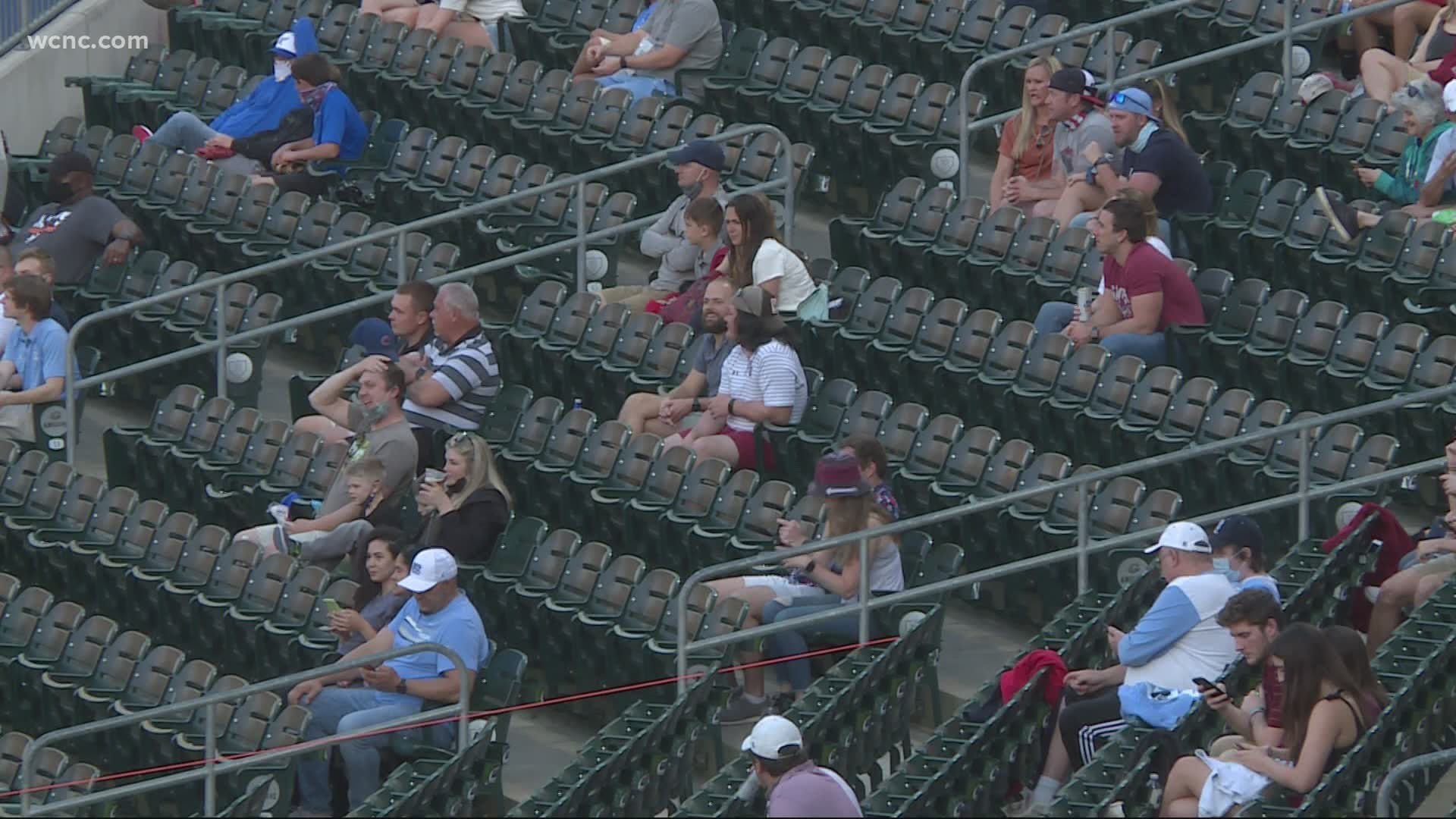 What a ballgame, and one with a crowd.

"As soon as I got the email list so I said honey, we're getting them now," said Archie Brousseau of Fort Mill. "So we jumped on them quick."

Based on Gov. Roy Cooper's latest Executive Order, 50 percent capacity is allowed, but six feet of social distancing must be maintained.

Reply below with a picture of the best Minor League ballpark nevermind don’t because it’s this one pic.twitter.com/vqIwEwt2la

"So far everything seems good, no complaints here, I can tell you that," Brousseau said of the socially-distanced pod seating, cashless concessions and mobile ticketing.

For the Knights this is a nice trial run for the upcoming season, which begins May 4.

It's also nice to have an event, when last year the entire season was lost.

"Hard to put in to words," said Chief Operating Officer Dan Rajkowski. "It's been very difficult."

Carolina knocks off No. 11 South Carolina in 10 innings after Caleb Roberts drove in the go-ahead run. 😤 pic.twitter.com/G1nNMvK8U2

Even if the next Executive Order expands capacity restrictions to 75 percent, that still wouldn't mean the Knights could have more than about 3,000 at games.

Their hope is that guidelines are changed from six feet of distance between seating pods to three feet.

"That will enable us to open more seats up," Rajkowski said. "Without that it's very challenging to get much more than the 2,600 or 3,000 than we have now."