Eli Shenise returned to the ballpark happy and healthy 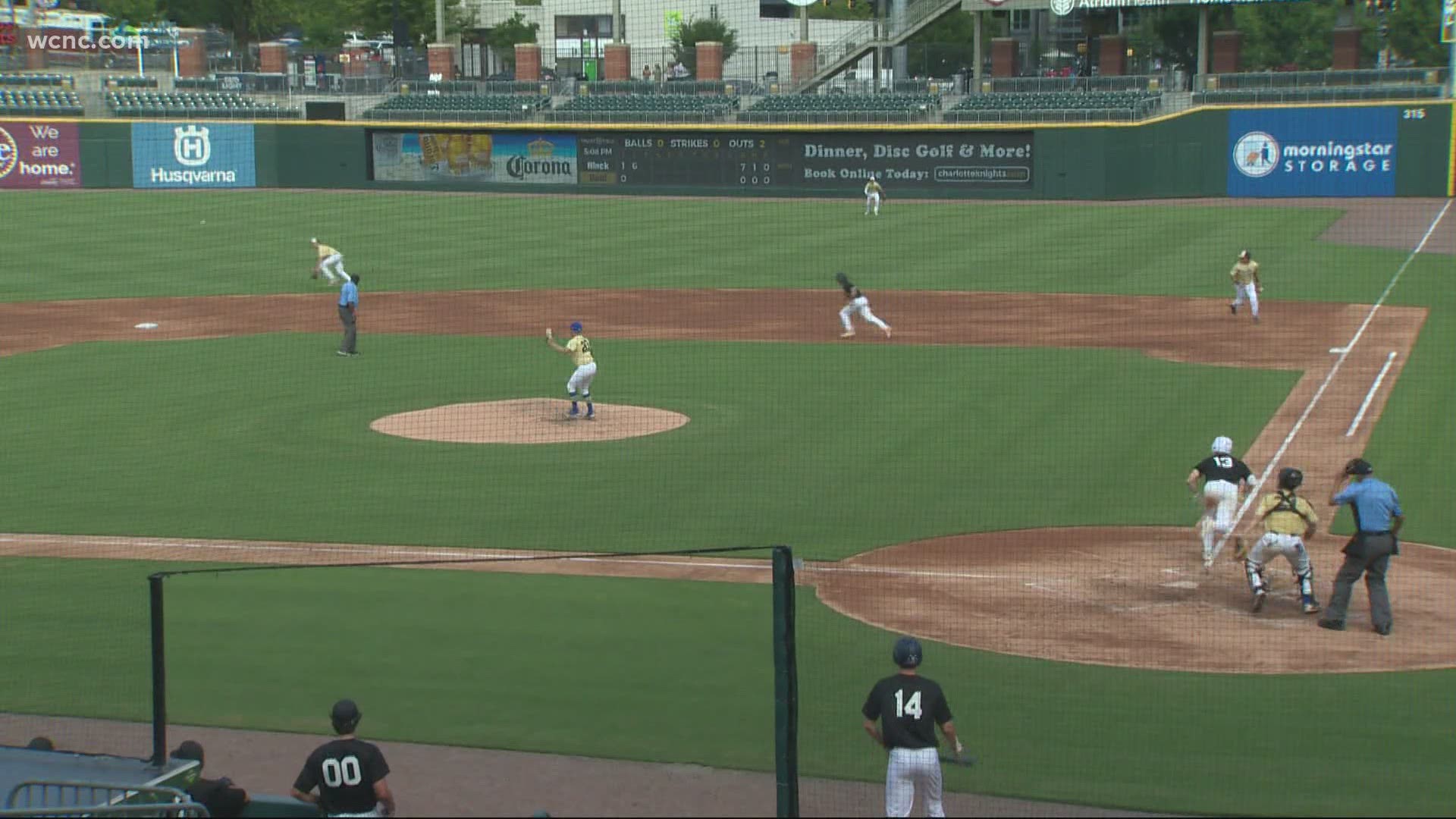 CHARLOTTE, N.C. — On Thursday night the Charlotte High School Varsity League held its senior all-star game at the home of the Knights. A few dozen local kids got to play at one of the best stadiums in baseball.

"This is going to be a fun experience," said Eli Shenise, the first baseman for Team Black. "I think everyone's going to enjoy this."

The South Meck senior certainly did -- but it was not the first time he'd been on this diamond.

Six year s ago -- then 12 -- Shenise was named an honorary member of the Knights as part of the Make-A-Wish program.

"Everything's kind of coming back together again, this is great," he said.

In the sixth grade Shenise was diagnosed with Burkett's Lymphoma, and underwent four rounds of chemotherapy.

"His Make-A-Wish was to be a Charlotte Knight for the day," said Eli's mom, Niki. "So they signed him to a one-day contract, let him hang out with the players, take the field with them for the National Anthem and have a blast with the guys."

Eli is now 18 -- and healthy -- as he took the field once again. Something his mom could not have imagined six years ago.

"As a parent going through that you just never know what the next day is going to be like," said Niki. "I wouldn't believe a word you just said to me, but I see it now and it's exciting."

Eli will attend Erskine College and plans to play baseball there.

RELATED: What to do with your 2020 Knights tickets