Wes Helms will miss the next three days to watch his son, Wesley, graduate high school 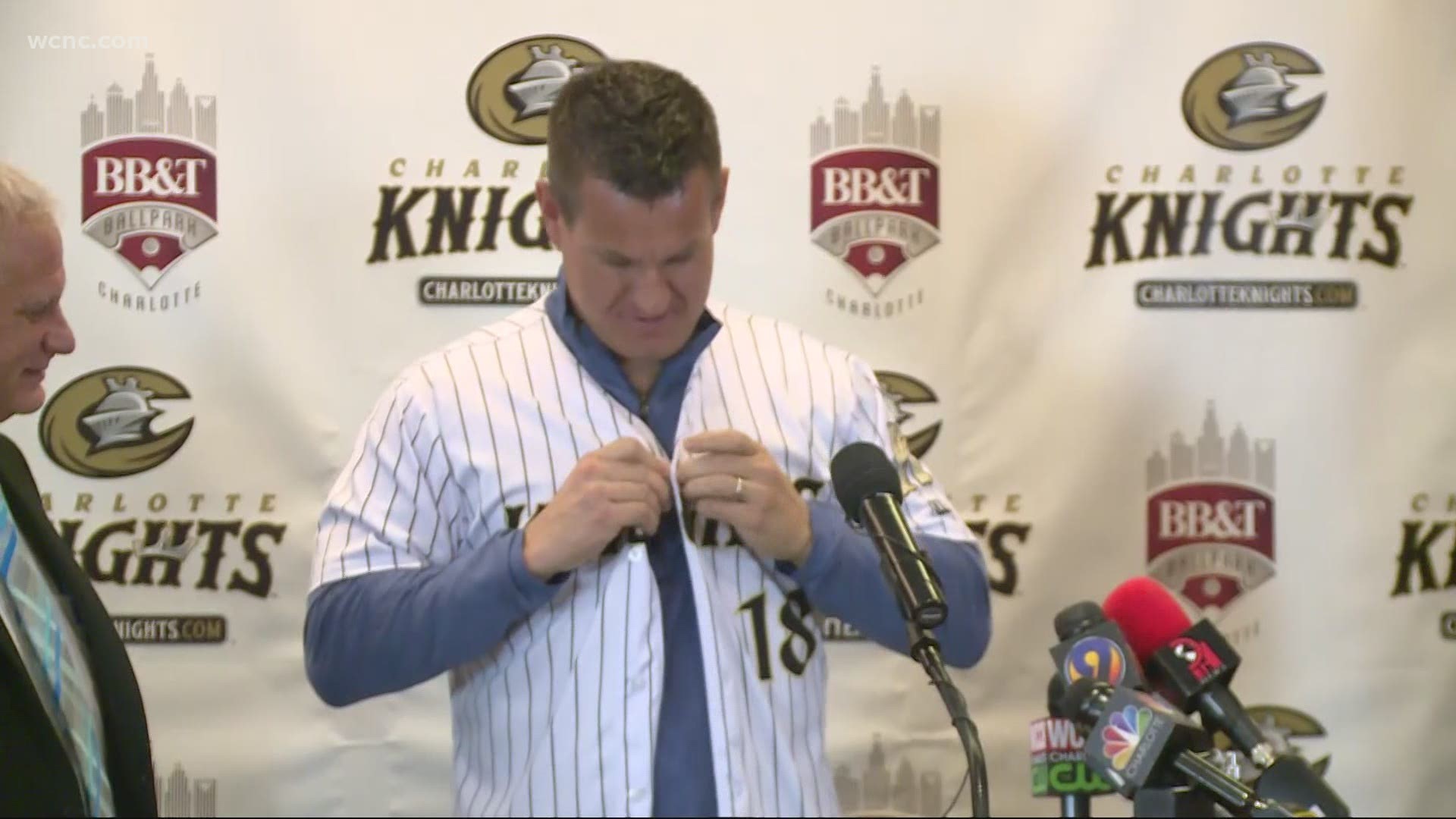 The team gets each Monday off, but normally that's used to rest and recover, and oftentimes, travel to the next ballpark.

In the world of professional baseball, there's pressure to keep your nose to the grindstone until the final out.

Helms will skip the team's next three games in order to go watch his son graduate high school.

"I promised him before I went to spring training that would be something I wouldn't miss," Helms said after the team's 3-2 win on Thursday night.

Helms, who grew up in Gastonia, will drive to Birmingham, Alabama to see his son, Wesley walk at graduation.

He will miss the Knights remaining three games against Norfolk, and his assistants will manage the team by the committee in his absence.

"The hardest thing to do in this job is to balance your family and balance what we do," Helms said. "This is a grueling job. I haven't seen them in three months."

This is Helms' first season as a manager, and he's in an important spot, helping the Chicago White Sox, Triple-A players along.

But the organization was supportive of his decision.

"It means a lot," he said. "And it makes me do my job better when I don't have to worry about those things."