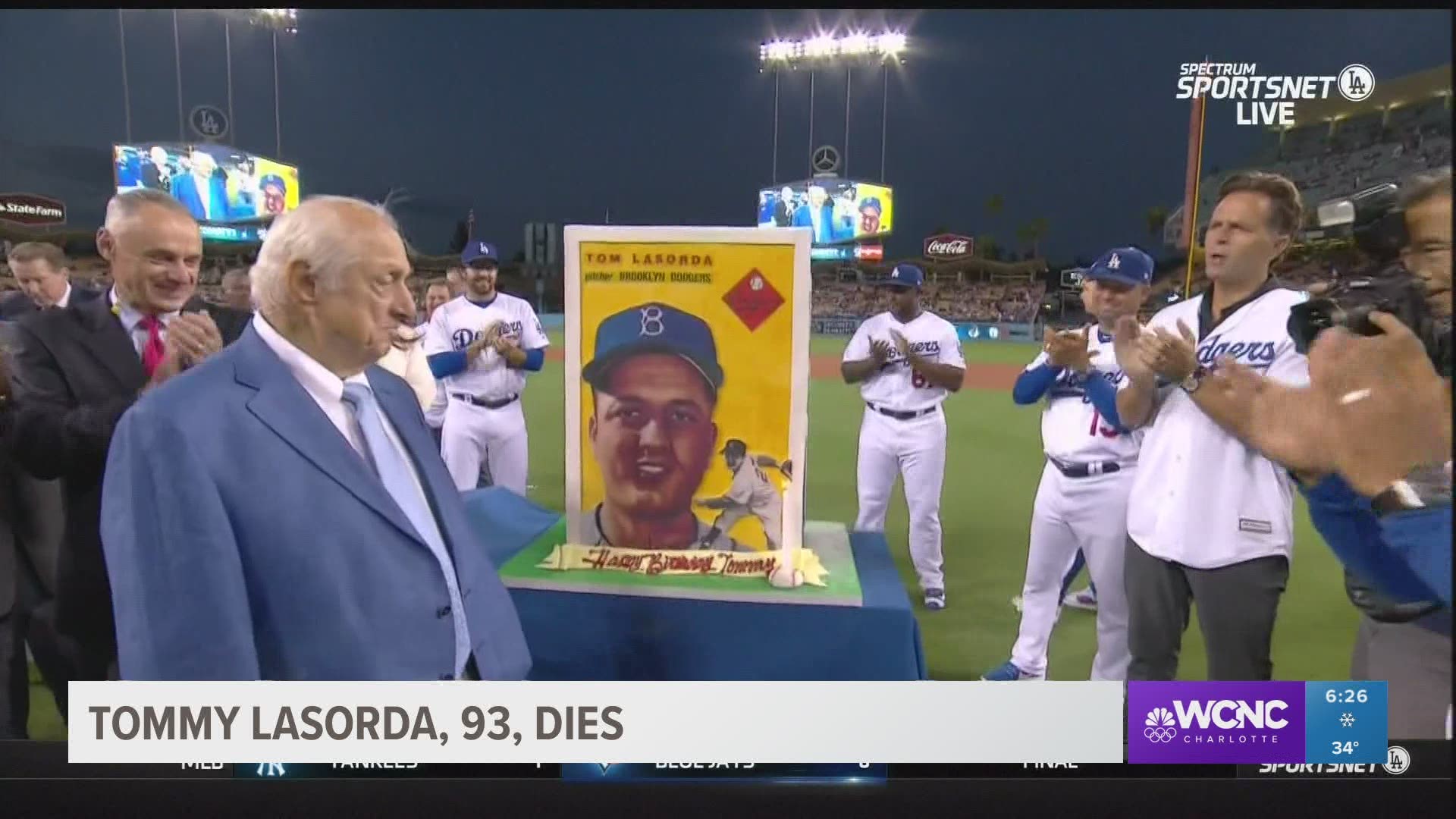 Hall of Fame baseball manager Tommy Lasorda died on Thursday at the age of 93.

Though he spent nearly his entire adult life with the Brooklyn and Los Angeles Dodgers, he did have a few significant connections to the Carolinas.

In 1945, a 17-year-old Lasorda pitched and played first base for the Concord Weavers, a Class D club in the North Carolina State League.

In 1949 while pitching for the Brooklyn Dodgers Greenville, South Carolina farm club, Lasorda met his wife Joanne, while she attended a game.

Lasorda was eventually called up for a short big-league playing career, but made his mark as a manager.

He won two World Series with the Dodgers.

In total, Lasorda spent 71 years as a Dodgers player, manager and ambassador.