The Panthers QB and his Dad discuss being a father, life lessons and life 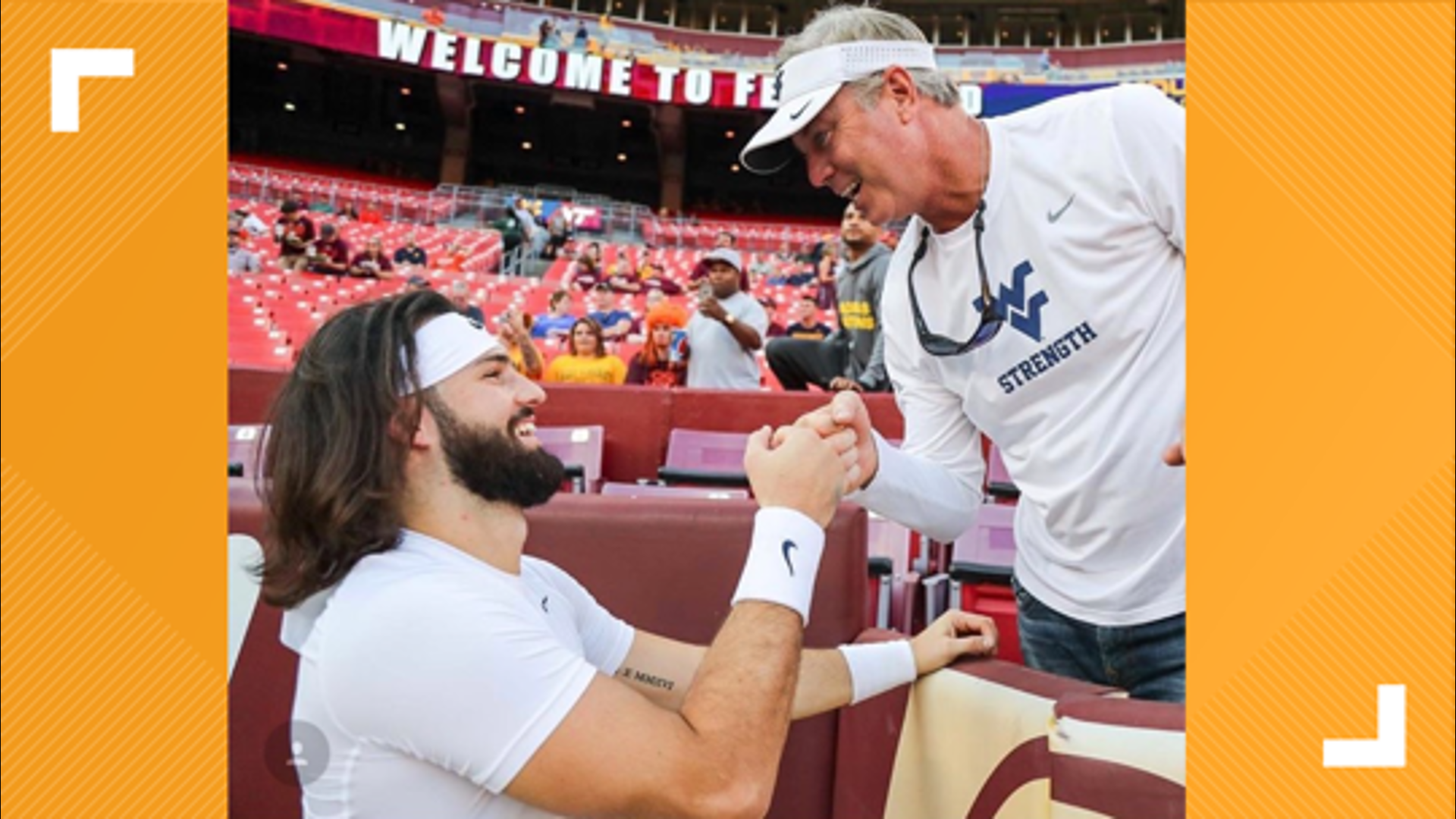 CHARLOTTE, N.C. — Carolina Panthers quarterback Will Grier and his father, Chad, the coach at Davidson Day share a special bond.

Will was the star quarterback for Davidson Day School, while Chad was the coach, teaming up for three state championships.

Ahead of Father's Day, the two talked to WCNC Charlotte Sports Director Nick Carboni to discuss fatherhood, and life.

Will is a father of two girls, and is one of Chad's four boys.

Nick: "What did you learn from your Dad about being a Dad?"

Will: "I haven't found an encyclopedia on how to parent. I have two girls, my dad has four boys. There's certain things that carry over and certain things that don't. I see the "Do The Little Things Right" sign behind him, I've heard that my whole life. Kids are so easily influenced. Every little thing you do, it matters."

Nick: "What's it like to see your son as a Dad himself"

Chad: "Probably the most proud of him I've ever been. All the things he's done are great. He just is an incredibly special young person who has matured in to an old soul very quickly."

Nick: "What did you learn from your Dad about inclusion and equal treatment?"

Will: "We are people that believe in that as a part of life. We feel very strongly about these issues and we've been heartbroken for a long time. We've tried to use our influence in the community to spread love."

Chad: "I can't say I can understand what it feels like to be Black, to be discriminated against the way that a lot of these people have unfortunately experienced. More than anything I want the boys to know I'm somebody that they can talk to and trust and to listen. To do whatever I can do to help them."

RELATED: Will Grier for Heisman?