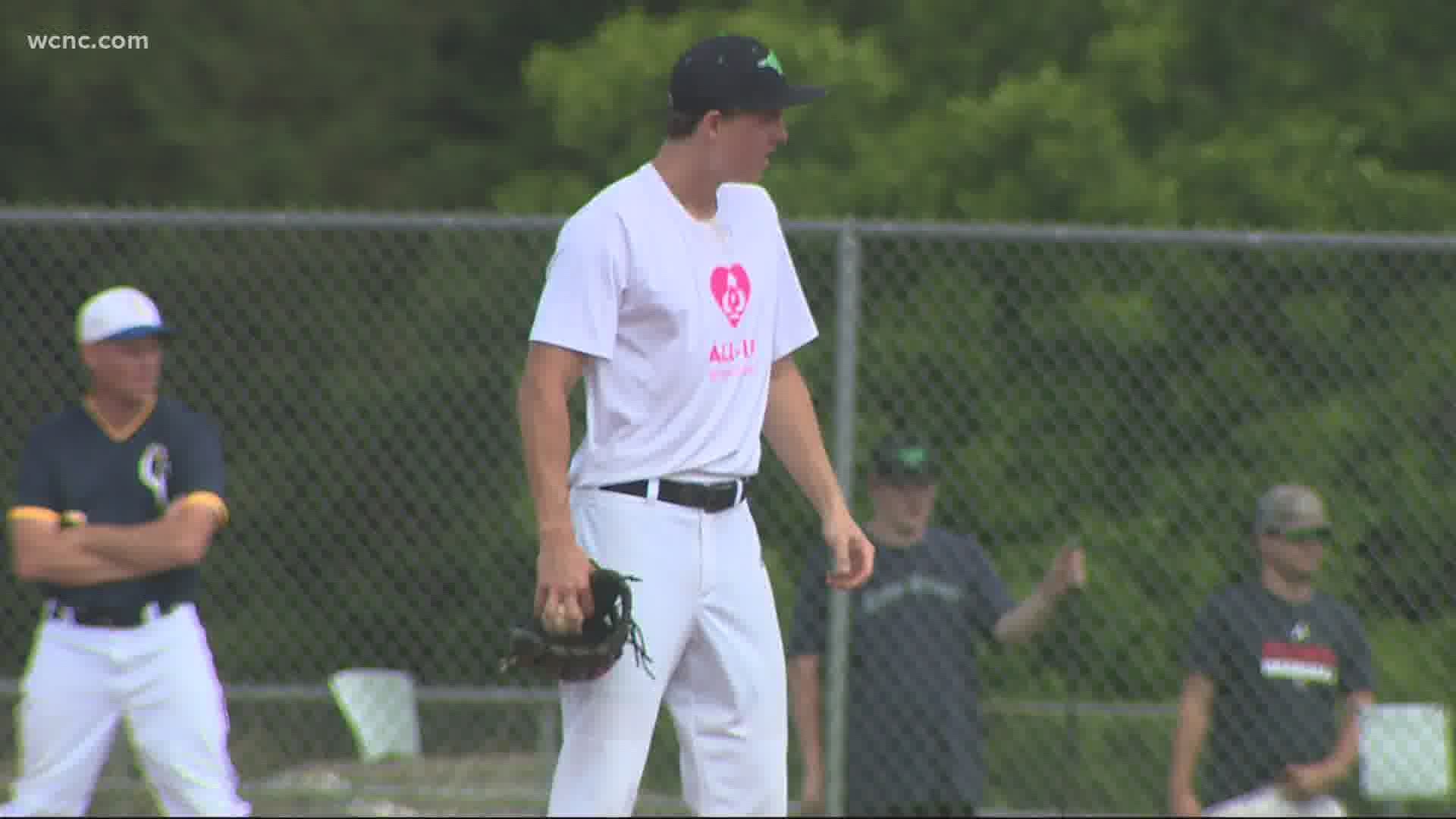 MATTHEWS, N.C. — The sights and sounds of America's past time are back on this ball field in Matthews.

"You forget about everything," said senior Chris Manriquez. "it's an escape out here."

Added teammate Lucas Martino: "It was amazing. It was the best feeling, just to run back out there."

With the high school season canceled after just a few games, Carmel Christian coach Chris Manriquez (Chris' father) and other organizers got to work putting together the Charlotte High School Varsity League -- a collection of about 100 players from a dozen area high schools.

A few months ago Manriquez had to tell his team their season was over. But then he got to tell them they were getting back on the field through this league.

"That was probably one of the nicest moments of my coaching career," he said.

With city fields closed -- the team has found a home at Arthur Goodman Park, where social distancing is observed.

"We've got to sit in the bleachers away from each other and there's signs to keep a little bit of distance," said the younger Manriquez.

There were also less than 25 fans gathered, and instead of a post-game handshake -- a tip of the cap.

Even though it's different -- these kids are just happy to be playing ball.

"It's a lot of guys last shot just to have fun, go out there, ease up and relax," said Martino, a UNC Charlotte signee. "It means a lot for the senior guys before we go to play college ball next year."

And for the underclassmen -- this is an important season for them to get recruited. College coaches aren't able to come to games -- so the league is bringing the game to them -- live streaming them online with real-time data.

"It quantifies a lot of their decisions," Coach Manriquez said. "it makes it easier for them."

The league will run for a few more weeks and hopes to play it's senior all-star game next month at the home of the Charlotte Knights.

"I was thinking to myself am I going to get another shot to play with them," Martino said, "and just to come out here and have a little fun with them it means a lot."