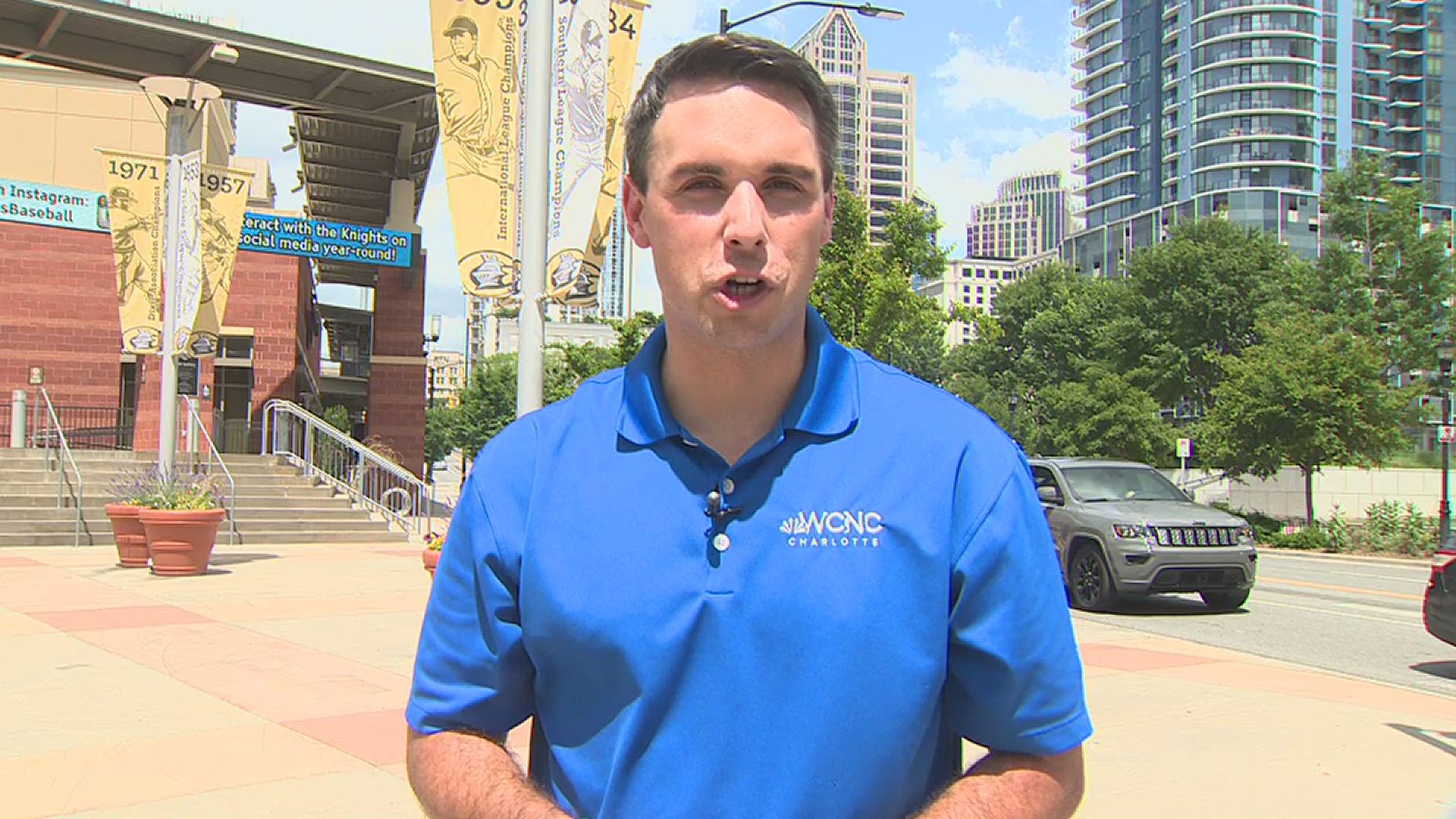 CHARLOTTE, N.C. — The MLB Draft begins Wednesday night, and Charlotte has a prospect worth keeping an eye on.

"No one believes it," he said.

The pitch was clocked by a specific radar gun, and not everyone uses that radar gun.

"I believe it," Little told WCNC Charlotte. "I was throwing really good that day."

The point is: Luke Little can throw hard.

Throwing hard has been a long journey for Little, who couldn't even throw 80 mph as a sophomore at East Meck High School.

"I was anywhere from 76 to 77," he said. "I started changing some stuff with one of my pitching guys."

The change worked. So now not only is Little an enticing pro prospect for his velocity -- but add in his 6-foot-9 frame and the fact that he's a lefthander? He is likely to be drafted in one of the five rounds this week.

But he won't be paying it much attention after not being selected in years past.

"I'm going to hang out with friends playing video games most likely," he said. "I'll have my phone in front of me in case someone calls."

Once selected -- Little will have a decision. Go pro, or play baseball at the University of South Carolina next year.

"I wouldn't have believed it honestly," he said. "If it was a couple of years ago when I was throwing like 76 I would have laughed at myself. It's all a surprise to me."

RELATED: Under 1% of MLB employees test positive for coronavirus antibodies