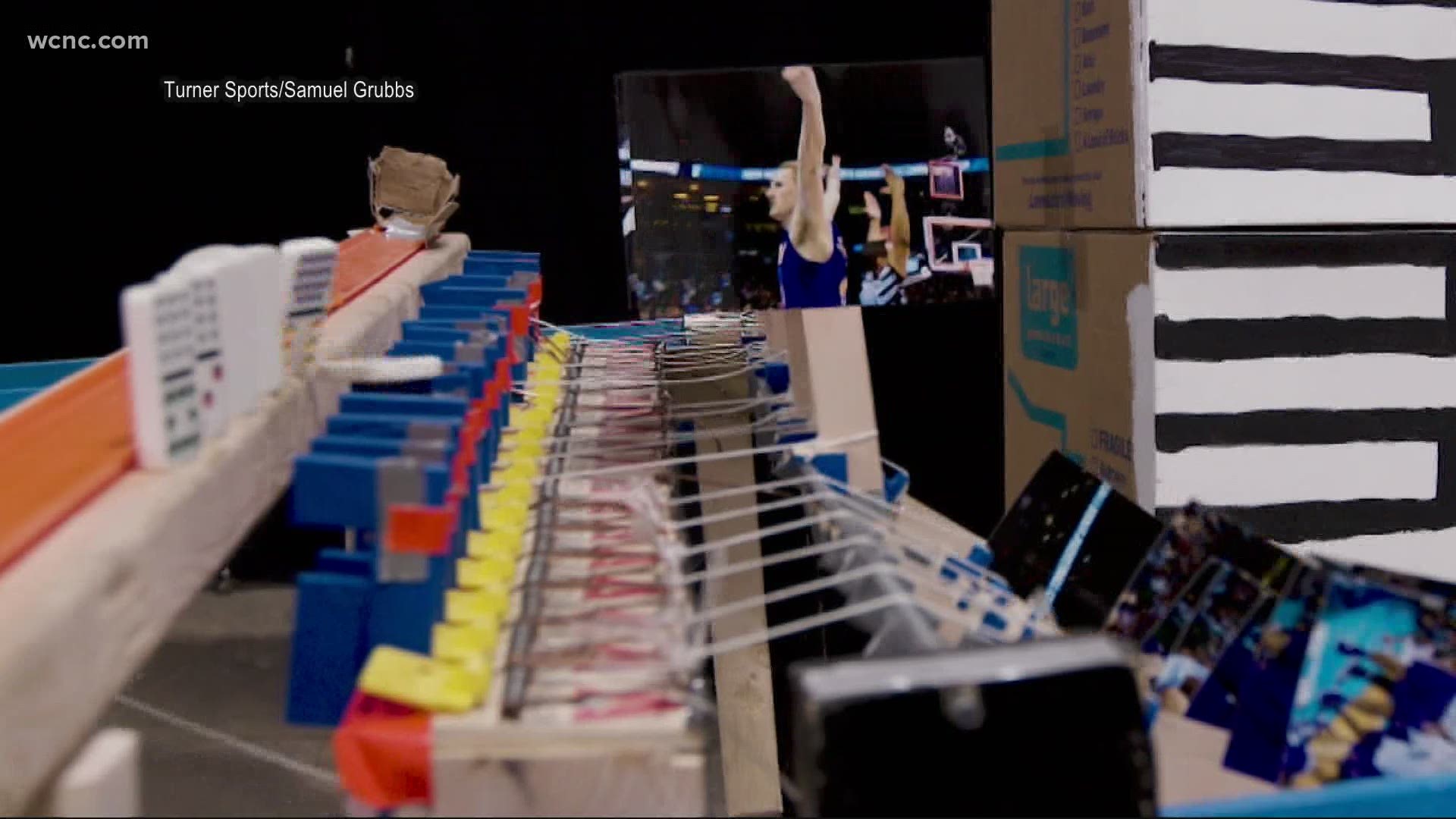 Especially for a guy with seven million Tik Tok followers.

We've featured Grubbs in the past.

This summer he perfectly positioned pots and pans to produce the classic NBA on NBC theme song.

It was all fun and games – until he got the call from Turner Sports, when director Craig Murray had a request.

"They contacted me and say hey, 'we're looking for a piece for March Madness.' Let me mind you this is in January."

Once the idea was ironed out – Grubbs needed a 16,000 square foot warehouse outside of Uptown for three weeks to make it work.

He also had a handful of people helping him out, and most of them slept at his house.

If they slept at all.

"There was three days in a row that was almost three back-to-back all-nighters."

It was full of odd items which were ordered through Amazon, Facebook and just from people in the area.

Among the items included:

And then came the work – the painstaking precision that only Grubbs – who once studied engineering – has the patience to pull off.

"You wouldn't think ok the dominoes have to hit a certain way because it might not be enough weight," he explained, "then the speed of the ball is too fast and the pictures will come up too fast. Or it will be too slow."

Speaking of too slow, even six, 15-hour days per week for three weeks nearly did not make the deadline for Turner Sports.

Murray and Turner nearly had to call an audible and scrap the project.

"This was Wednesday night before it aired Friday."

But after countless tries, the entire thing worked, and was captured in one, single shot.

So as we barrel towards the end of the tournament, remember Grubbs one shining moment.

"That is the one and only time it worked all the way through," he said.

To view the open in its entirety, click here.