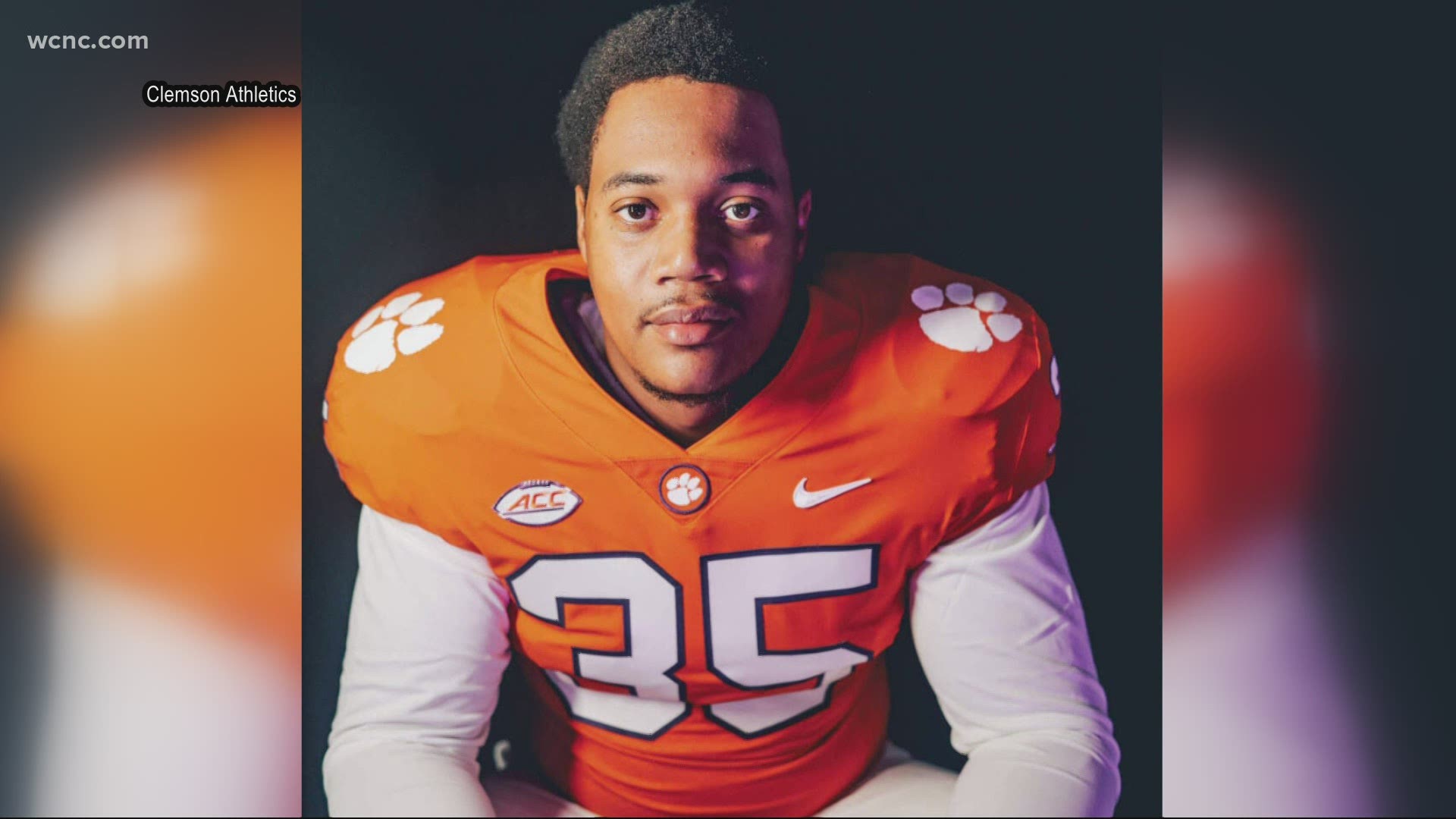 SHELBY, N.C. — Justin Foster's first love was basketball, until he got to Crest High School.

“In high school I started to meet people my size," he said. "Competition, started to grow. I just started to love it.”

The Clemson defensive tackle still loves it. But he can't play anymore.

“It was a hard decision," said the Clemson defensive lineman. "This was not something that was just thought up of overnight.”

Justin Foster is a long hauler.

He initially contracted COVID-19 while on campus in June, and about eight months later he is still suffering from significant symptoms.

And that made trying to play college football for one of the country's top teams a tough task.

“I would push myself, push myself, but when I got home, it’s like, I’m so tired I couldn’t do anything for the rest of the day," he said.

Numerous doctors told Foster he would eventually return to full health, but the timeline kept getting longer and longer.

“You know I would go a week and feel really good," said Foster. "My breathing is better, I was able to get a little farther in the workout. And the next week I wasn’t able to do anything at all. Just because I was so short of breath.”

Foster missed the entire 2020 season and was set on retiring upon its completion.

But coach Dabo Swinney tried to change his mind.

“I did I told him I would stay until the end of spring," Foster said. "I went to a couple of doctors appointments again and that’s where the doctors told me it might be best to hang up football.”

Two weeks ago the 22-year-old posted a retirement announcement on social media.

In it, he expressed his sadness, but says he has no regrets.

“Obviously I would love to go and play in the NFL," said Foster who recored 17.5 tackles for loss and seven sacks in his collegiate career. "My health won’t let me do it, but God led me on a different path."

Foster completed his degree in December, and will begin his professional life by helping his father run the family trucking business out of Raleigh.

"It was hard, don’t get me wrong," he said, "but it was the best decision, and just being at peace with it.”