Charlotte's Anthony Morrow was touched by a father's request for help 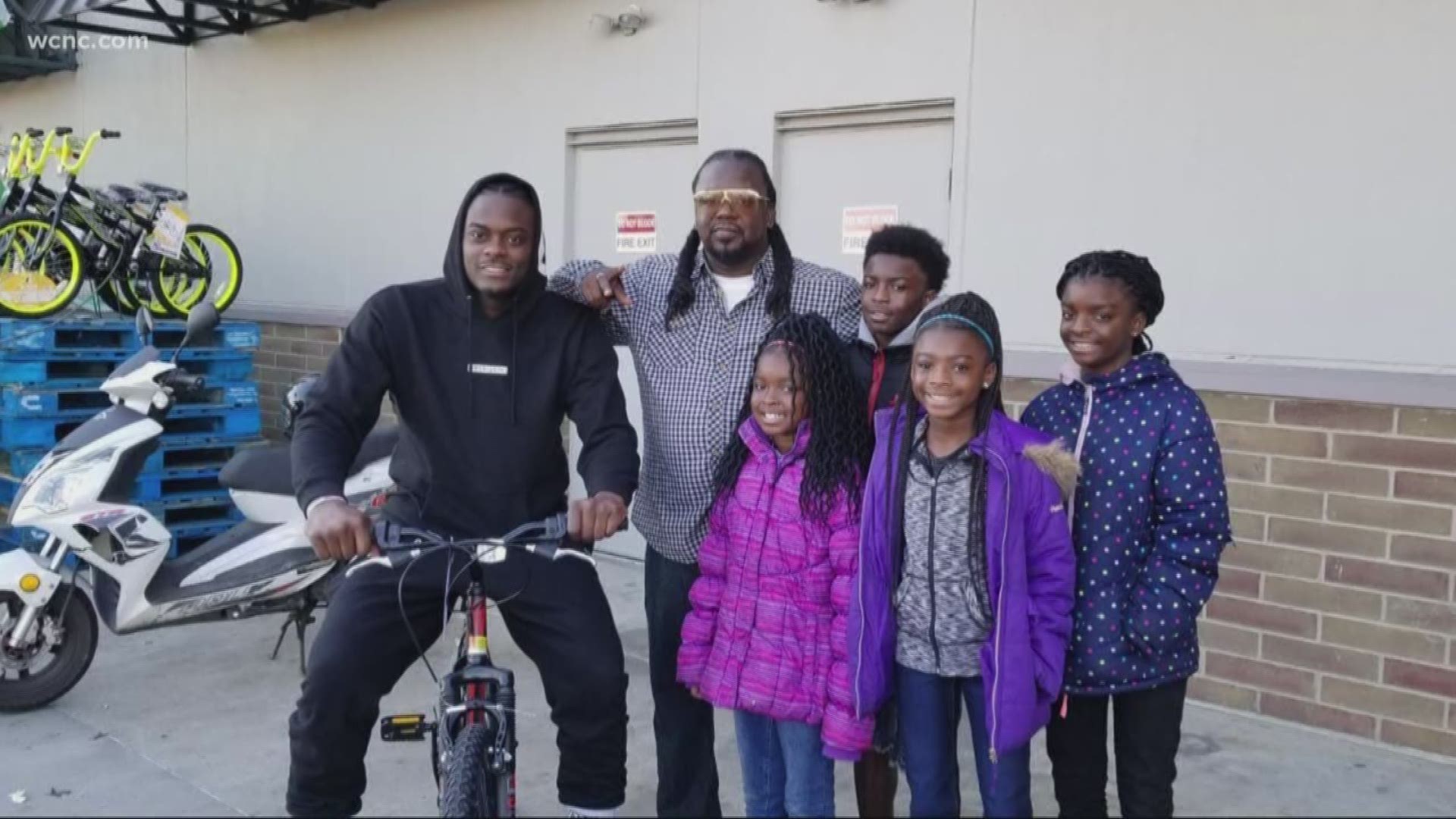 This story of the Christmas spirit began with one father's courageous call for help...on a sticky note.

"He could say yes, or he could say no," said local father Chris Gause. "I didn't say anything to him directly, I just wrote it on a piece of paper."

Circumstances have led Gause, who has sole custody of his children, to shelters, and hotel rooms this year. So he wrote that note to NBA player and Charlotte native Anthony Morrow at a recent event.

"It was deep," said Morrow. "I read two sentences off the sticky note, and he started telling me about his story and I stopped him and said don't worry about it we'll be in touch in a couple of days."

And on Saturday, Morrow took the entire Gause family shopping for their Christmas gifts.

"I'm not too far my removed from that, growing up on West Boulevard," said Morrow. "I always want to make sure if I can do it and Anthony Morrow Charities can do it, then we're going to stand up for somebody."