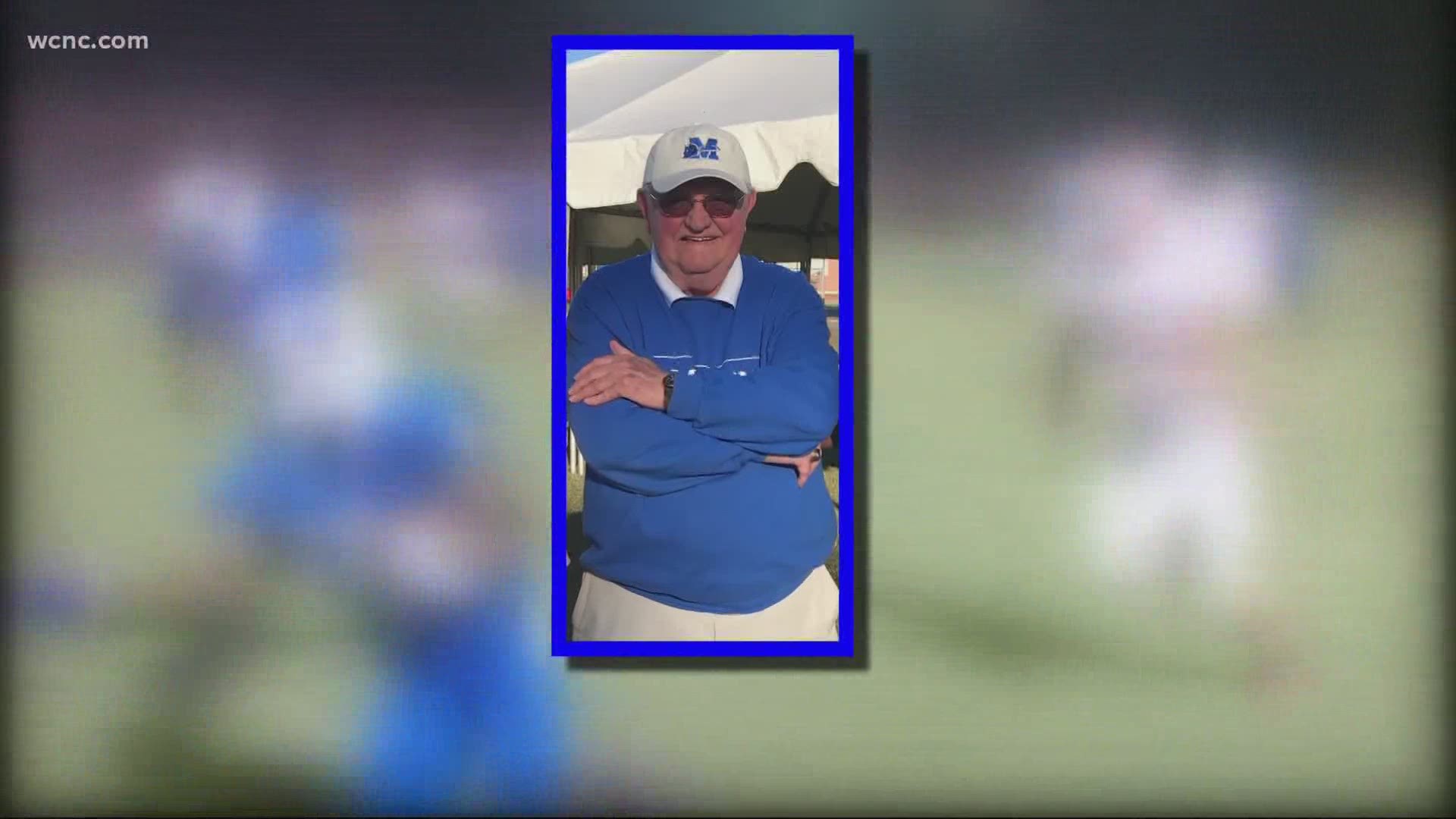 MAIDEN, N.C. — It's hard to prepare for a playoff football game at Maiden High School and not think about former coach Tom Brown.

Brown died on Feb. 25, just one day before the spring season began.

He was 77 years old and battled COVID-19 and other health issues.

"It's hard to believe he's gone," current head coach and former player Will Byrne said. "It's a different feeling. It's strange."

The current players are too young to have played for Brown, but he was still an integral part of the program.

And he was a giant figure in "The Biggest Little Football Town In The World."

"He meant a lot to the community and that comes to us too," senior Brennan James said. "Because we grew up around him."

With heave hearts, the school, football program, former players, and the community; we have lost a true legend, person, and mentor in Coach Tom Brown. Our heartfelt condolences go out Jill, Brian, Von and the family during these times. We pray for peace and he will be missed.

Brown coached at Maiden for 35 seasons, winning 330 games, the state record for wins by a football coach at a single school at the time he retired.

"I didn't know Coach Brown but everybody talks about him," senior lineman Daniel Harris said. "To see our coaches hurting, that really gets us going."

Maiden won their first game one day after Brown died, and have won every game since for a 6-0 regular-season record.

The second-seeded Blue Devils host Salisbury (5-2) to open the 2AA playoffs on Friday night at 7 p.m.

Of course, the game will be played at Thomas E. Brown Stadium.

"It's like he's up there watching us, and taking care of us," Byrne said.

WCNC Charlotte will have highlights Friday at 11 p.m.