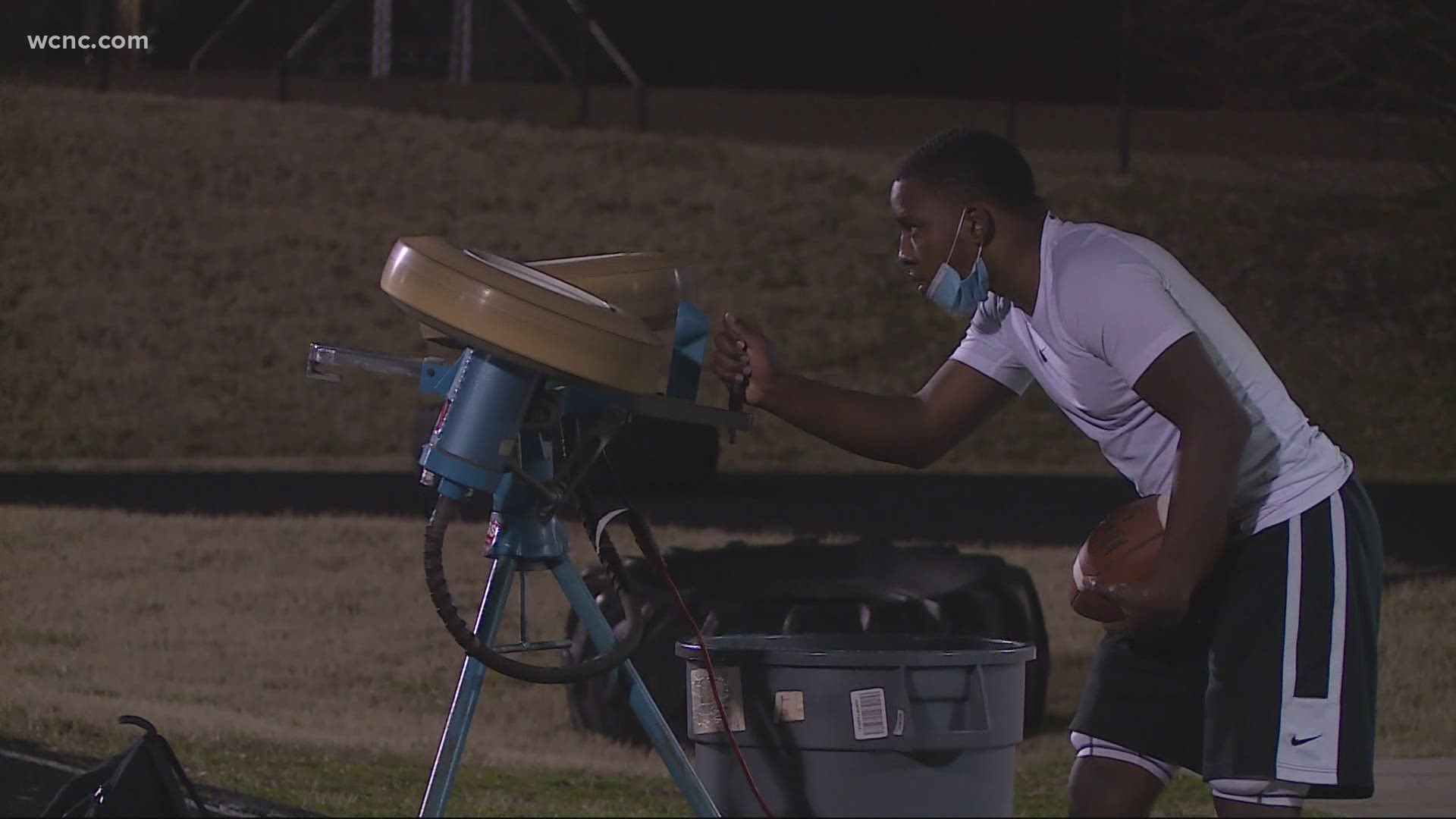 CHARLOTTE, N.C. — Mallard Creek football coach Kennedy Tinsley had trouble getting players to leave the practice field on Tuesday night, which is a nice problem to have.

You can't blame, them, as they play their first football game in over a year on Friday night.

"We just talked about appreciation today, as far as appreciating the opportunity and making the most of it," said Tinsley, a former Tar Heels football player who is in his first season as Mavericks coach. "We even look at it as tomorrow's not promised. We've learned that through the things we've been through before."

Teams in the state have gone through several pauses in workouts and the postponement of the season from fall to spring, to get to this point.

And for Mallard Creek senior Damonte Furman, who suffered a season-ending injury in October of 2019, it's been even longer since he's been on the field.

"I'm definitely grateful," he said. "It's an honor being a part of this program. I just want to go out with a bang. The plan is to get a ring."

Right now those 4A championship rings go through Vance, the 2019 champion, who will visit Mallard Creek on Friday night.

Mallard Creek Drive-In Football, Watch our #Creekboyz live on Big Screen from the school parking lot tickets and meals are pre-sale only. Please visit the website https://t.co/ao993zcDvD for more details. Away Games
No cash accepted, only Cash App and Square. #BeDistinguished pic.twitter.com/Mv9XI8Lr1f