The legendary driver's suggestion for the track helped make the race a hit at Charlotte Motor Speedway. 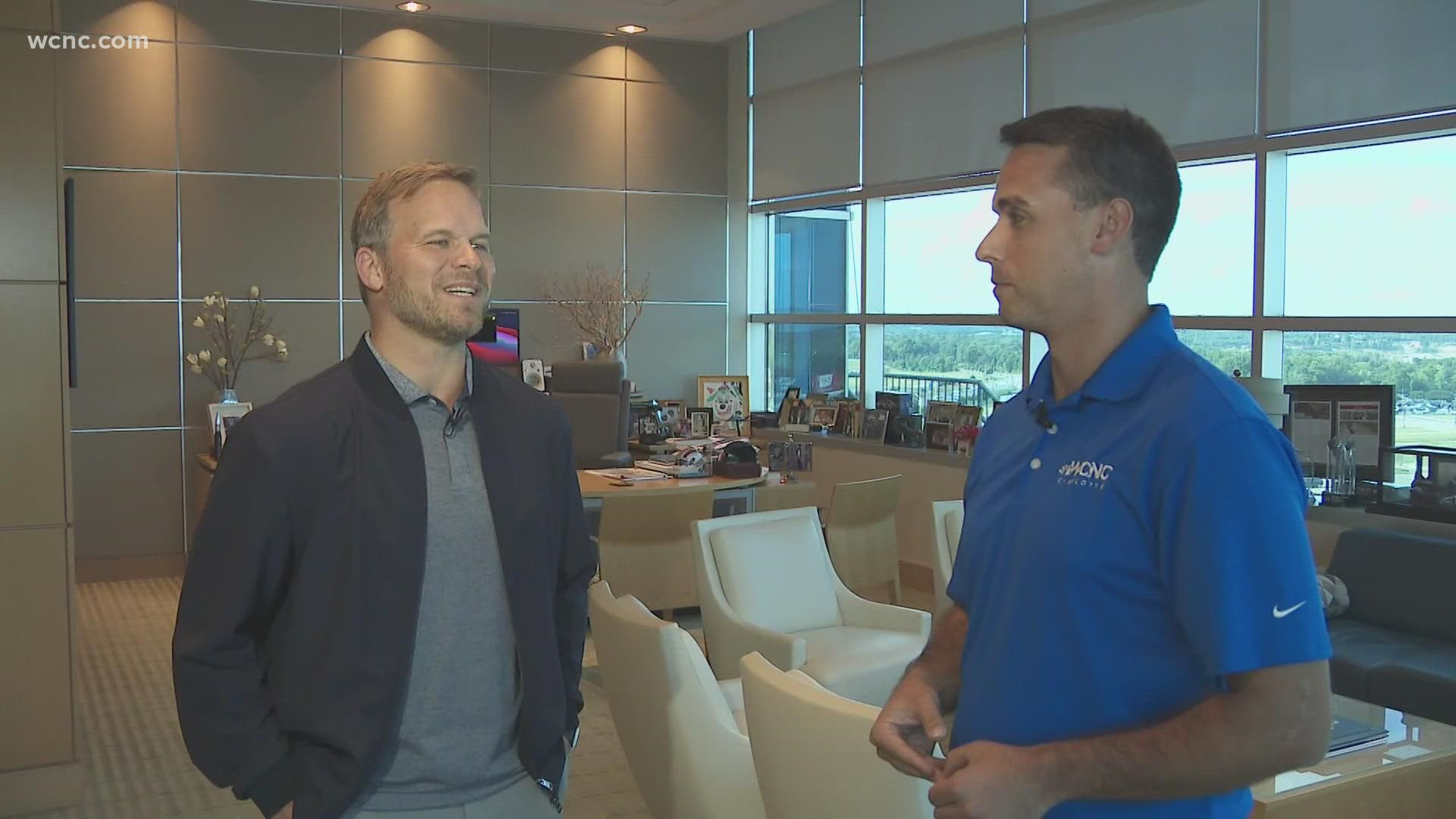 CONCORD, N.C. — With its fourth running this weekend, the ROVAL at Charlotte Motor Speedway is becoming a staple race in the NASCAR playoffs.

Through 17 turns over 2.28 miles on both the oval portion track and an infield road course, there are plenty of chances for action.

In the inaugural race in 2018, Ryan Blaney snuck through for a win as Jimmie Johnson and Martin Truex Jr. spun one another out trying to navigate the front-stretch chicane side-by-side.

But the finish might not have been possible without one tweak to the original track design: a back-stretch chicane.

After drivers go through NASCAR’s traditional Turn two on the oval, they pick up as much speed as possible.

But then before traditional Turn three, there’s a narrow, curving chicane that drivers must navigate.

Christopher Bell told a group of media this week that drivers will go all the way down to first gear to get through.

Promo shoot day for our NASCAR ROVAL Playoff Special, which airs next Friday, October 8th at 8PM on WCNC!

(& you’ll also be able to stream it if you aren’t in our viewing area!)

Can’t wait to share what we’ve been working on with you! 🏁✨ pic.twitter.com/1cLUikXLiP

After that, they look to ramp up speed again to go through traditional Turns three and four, then the front-stretch chicane and the start/finish line.

And it turns out, legendary racecar driver Mario Andretti is responsible.

“He took a few laps around in a brand-new Porsche 918,” said Speedway President Marcus Smith. “He said you need a chicane on the backstretch.”

Smith asked if drivers would simply slow down on their own.

“He said, ‘no, drivers won’t slow down,’ Smith said. “It’s too much. You have to slow it down a little bit, and take care of the tires and the car.”

Smith implemented the chicane and it paid off immediately, leading to Blaney’s thrilling finish in the first race.

“Turns out Mario was absolutely right,” Smith said. “Probably not the first time.”

Both ROVAL races can be viewed on WCNC Charlotte on Saturday at 3 p.m. (Xfinity) and Sunday at 2 p.m. (Cup Series).