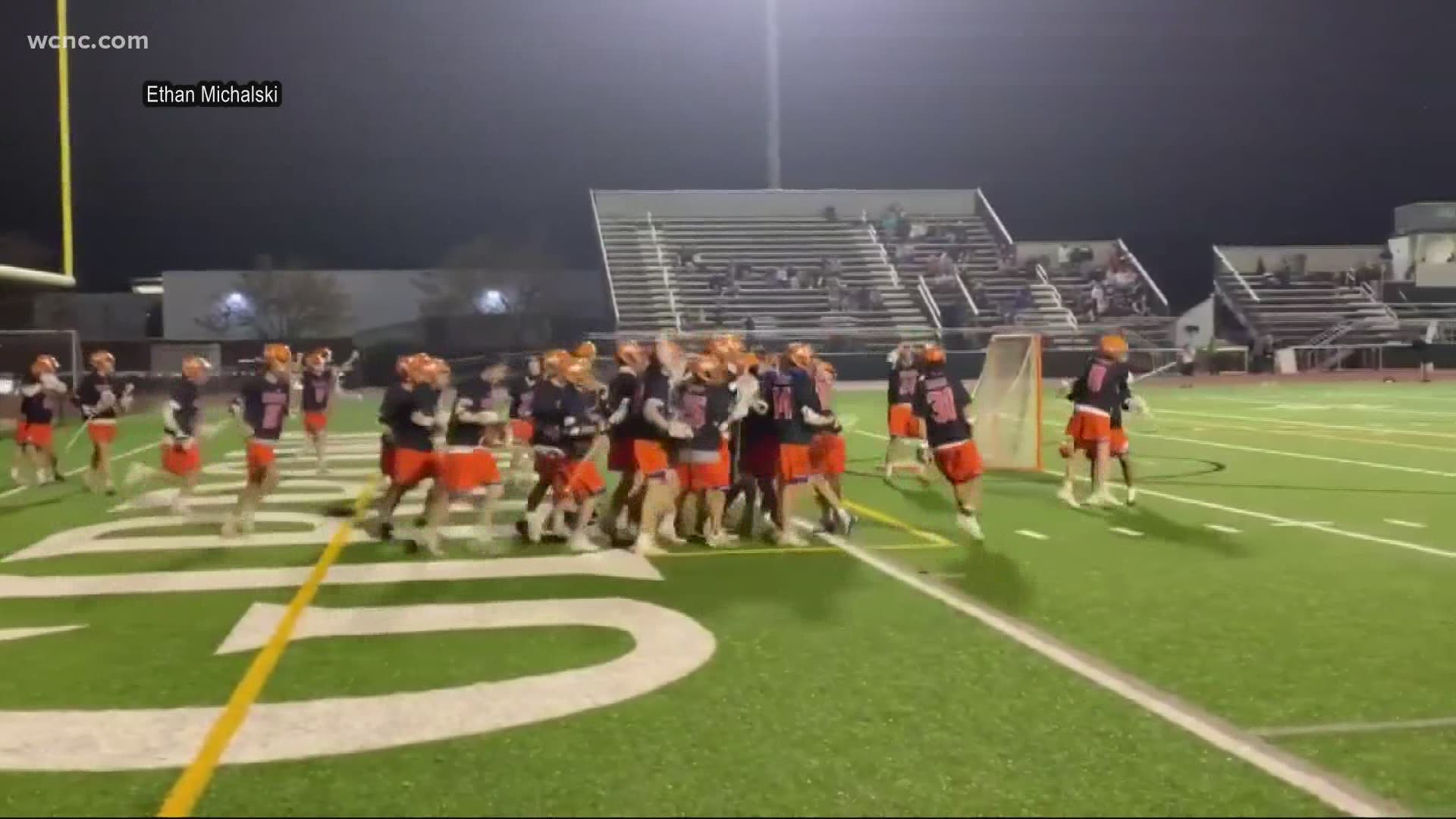 RALEIGH, N.C. — The Marvin Ridge Mavericks are back on top, winning their second state lacrosse championship on Saturday night.

Emmett Houlihan was named MVP after scoring six goals and coming up with two assists.

PHOTOS FROM THE GAME!!! Emmitt Houlihan wins MVP and your Mavs are awarded the trophy and the banner!! pic.twitter.com/F5xP4b1pVJ

Marvin Ridge finishes with a 15-3 record for the season.

Meanwhile the Weddington soccer team dealt with weather delays, and won in overtime against New Hanover, 2-1.