McCaffrey coming off of record setting season in 2019 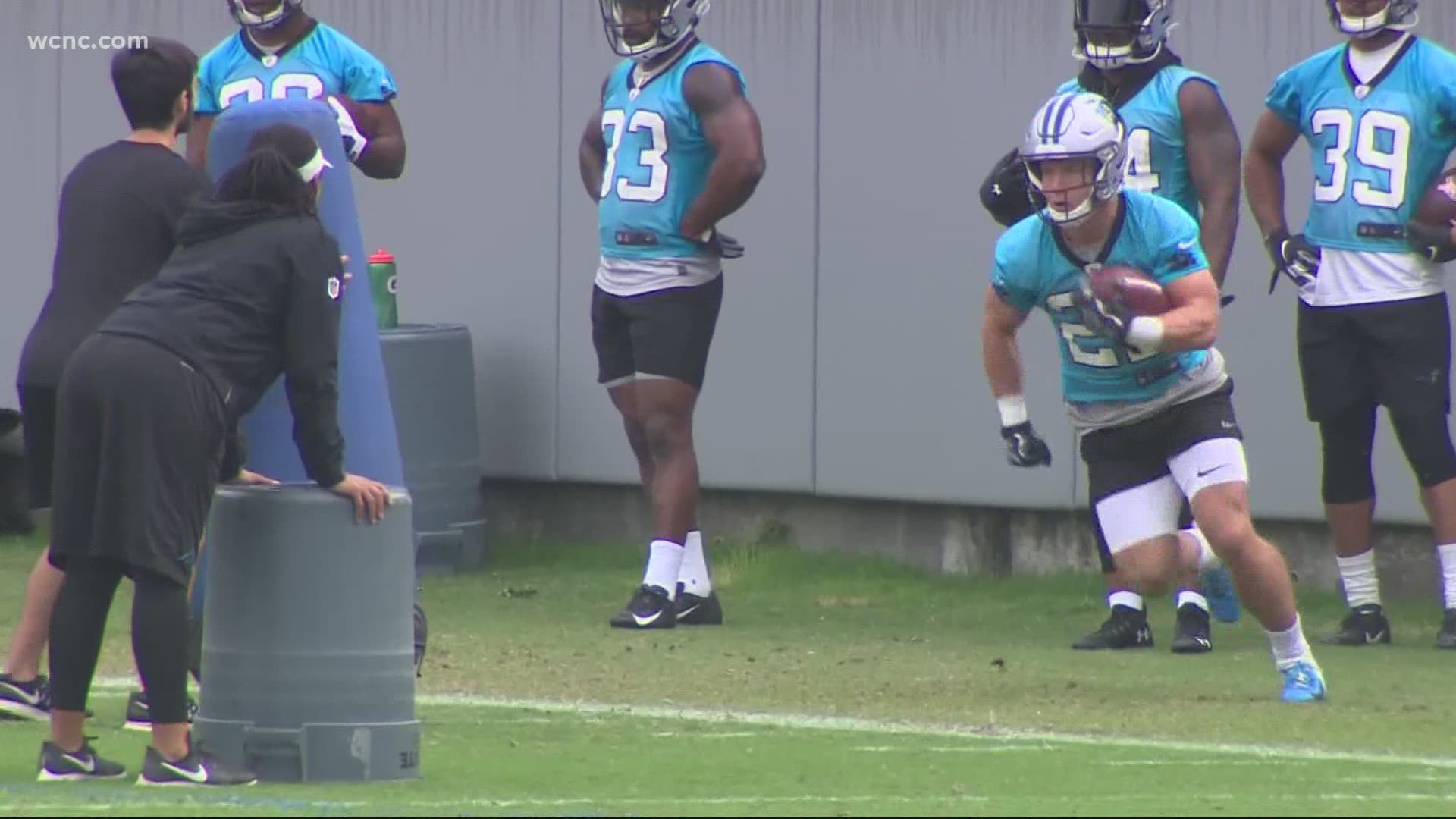 CHARLOTTE, N.C. — Despite the Panthers struggles last season, running back Christian McCaffrey came into his own. CMC even joined an elite club becoming one of three players to ever have 1,000 rushing and 1,000 receiving yards in a single season. Now this year, McCaffrey will once again be the centerpiece of the offense, which has offensive coordinator Joe Brady calling the shots and a new quarterback in Teddy Bridgewater.

"It's a fun offense. That's one of the words I'd use to describe it. It's an offense where we are always moving. I'd say it's fast with all the weapons we have we want to play fast, we want to play physical, we want to be efficient and once again just execute,” McCaffrey said.

Start your Monday off with this 🙌 pic.twitter.com/z1vTiDU6fa

Although many have labeled this year as a rebuild for the Panthers, McCaffrey and the rest of the team aren’t concerned with the thoughts of others.

"One thing I love about this team is you can tell that everybody is hungry. We have a lot of guys that have a lot to prove and more to themselves than anyone else. For us, it's not about where anybody has us ranked. It's about what we do when we walk in the building. Making sure we're on our details, making sure in the meeting rooms we're taking great notes, when we go out to practice everybody's warmed up and ready to roll and we're executing at an extremely high level," McCaffrey explained.

As for McCaffrey’s goals for the 2020 season, this is what the star running back shared.