Panthers star eligible to return from Injured Reserve this week 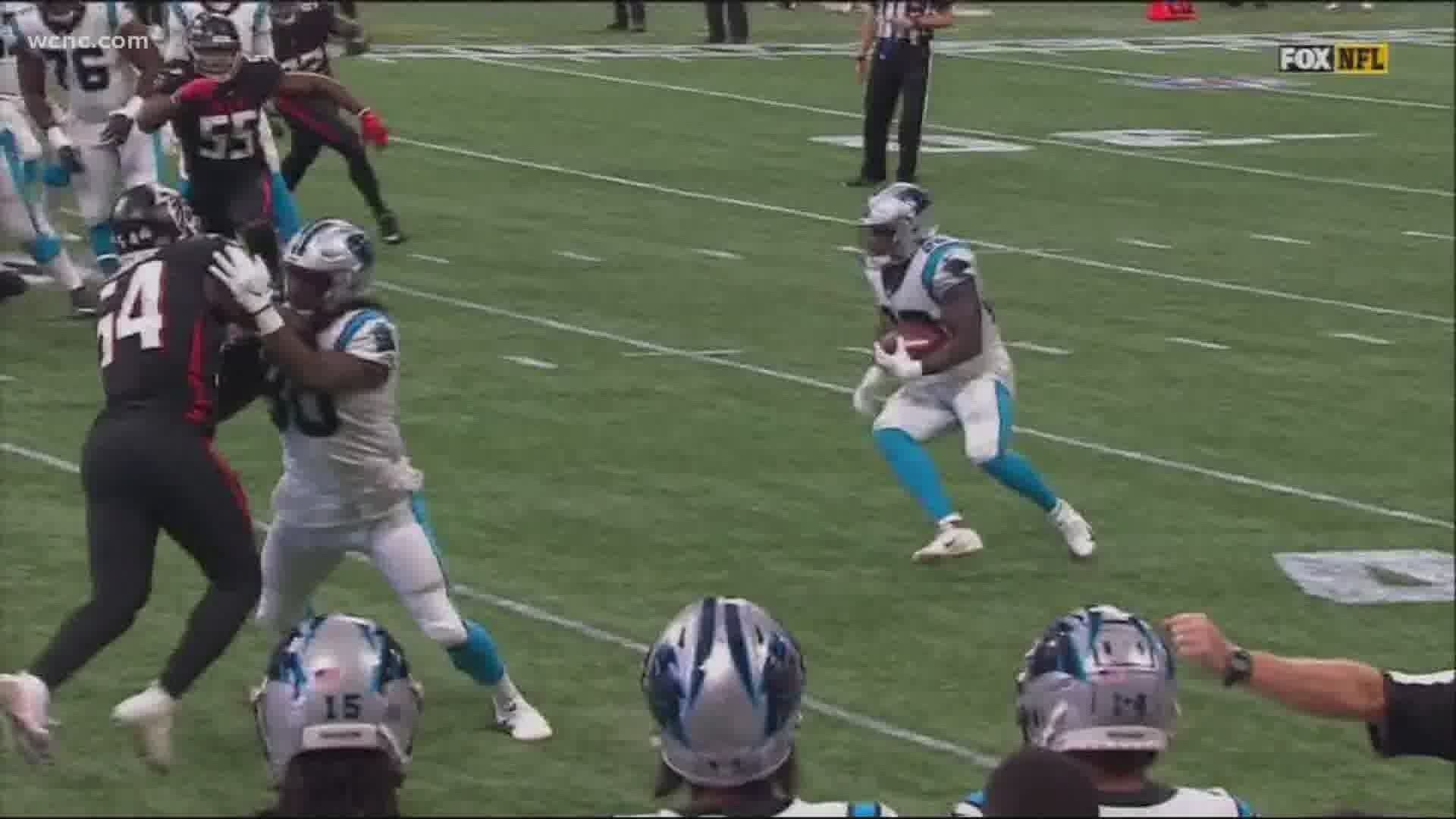 CHARLOTTE, N.C. — Injured Panthers running back Christian McCaffrey had tests done on Monday to see how the rehabilitation of his high ankle sprain is going.

In his three-game absence, the Panthers have gone 3-0, thanks in part to fill-in running back Mike Davis, who has 351 total yards and 3 TD.

Carolina (3-2) coach Matt Rhule said he would know more about McCaffrey's readiness to return after Monday's test results come back.

The injury was expected to hold McCaffrey out 4-6 weeks, but he is eligible to return from the three-week injured reserve this week against the Chicago Bears.

"I wouldn't want to be hypothetical with it," said Rhule. "I'd wait and see how things go today and I'll give you guys a better picture on Wednesday."

On a Sunday Siruis XM radio appearance before Carolina's win at Atlanta, Rhule told hosts that Christian "was probably a couple of weeks away."

"We're not going to bring him back before he's 100 percent," Rhule added.