Carolina shut out the Lions at Bank of American Stadium Sunday 20-0. 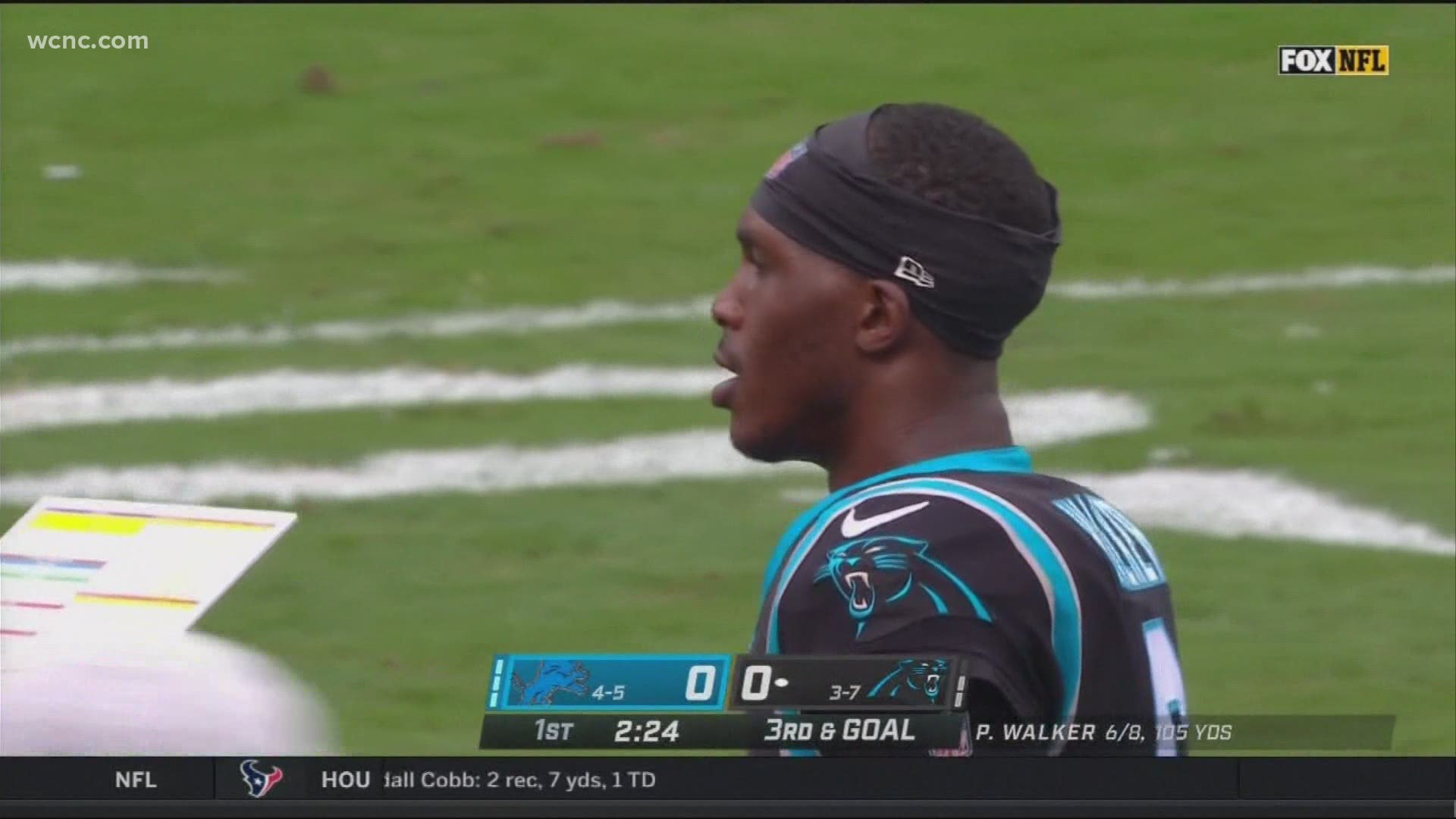 CHARLOTTE, N.C. — Despite two top stars sitting out due to injuries, the Carolina Panthers shut out the Detroit Lions at Bank of American Stadium Sunday, 20-0.

Both quarterback Teddy Bridgewater and running back Christian McCaffrey missed the game.

Sunday marked the second-straight game McCaffrey has missed with a shoulder injury, and his eighth missed game overall in 2020.

RELATED: McCaffrey 'not expected to play' in Sunday's game against Lions

Bridgewater missed Sunday's game due to a knee injury after he left last week's game, limping after taking a sack in the fourth quarter, in a 46-23 loss to Tampa Bay.

Carolina breaks a five-game losing streak and is now 4-7. Hopefully will get Teddy Bridgewater and Christian McCaffrey back for the final stretch. https://t.co/zwZpDMzbZC

Panthers coach Matt Rhule said Bridgewater, who was limited in practice for the week was progressing, but sat out Sunday against the Lions.

During a post game interview, Rhule said Bridgewater was medically cleared to and wanted to play, but he made the decision as head coach to sit him.

"As I watched him move he moved at 80-85 percent, and I didn't feel like it was the right thing to do," said Rhule about Bridgewater. "I feel like it's my responsibility to protect them from themselves sometimes. I made the decision and was prepared to live with it no matter what happened."

P.J. Walker led Carolina to victory in his first career start.  Walker went 24-34 with a touchdown and two interceptions.

Rhule on starting P.J. Walker over Will Grier: "I thought he practiced well and I thought he played really well today."

Before Sunday, Carolina (4-7) had lost five-straight games after a 3-2 start. The Lions are 4-6, led by 12-year NFL veteran Matthew Stafford at quarterback.

Tough loss for the Lions but hey Chris Spielman thinks they just gotta get thru Thanksgiving and then make a big run. What did we just listen to for 4 quarters, I'm sorry. 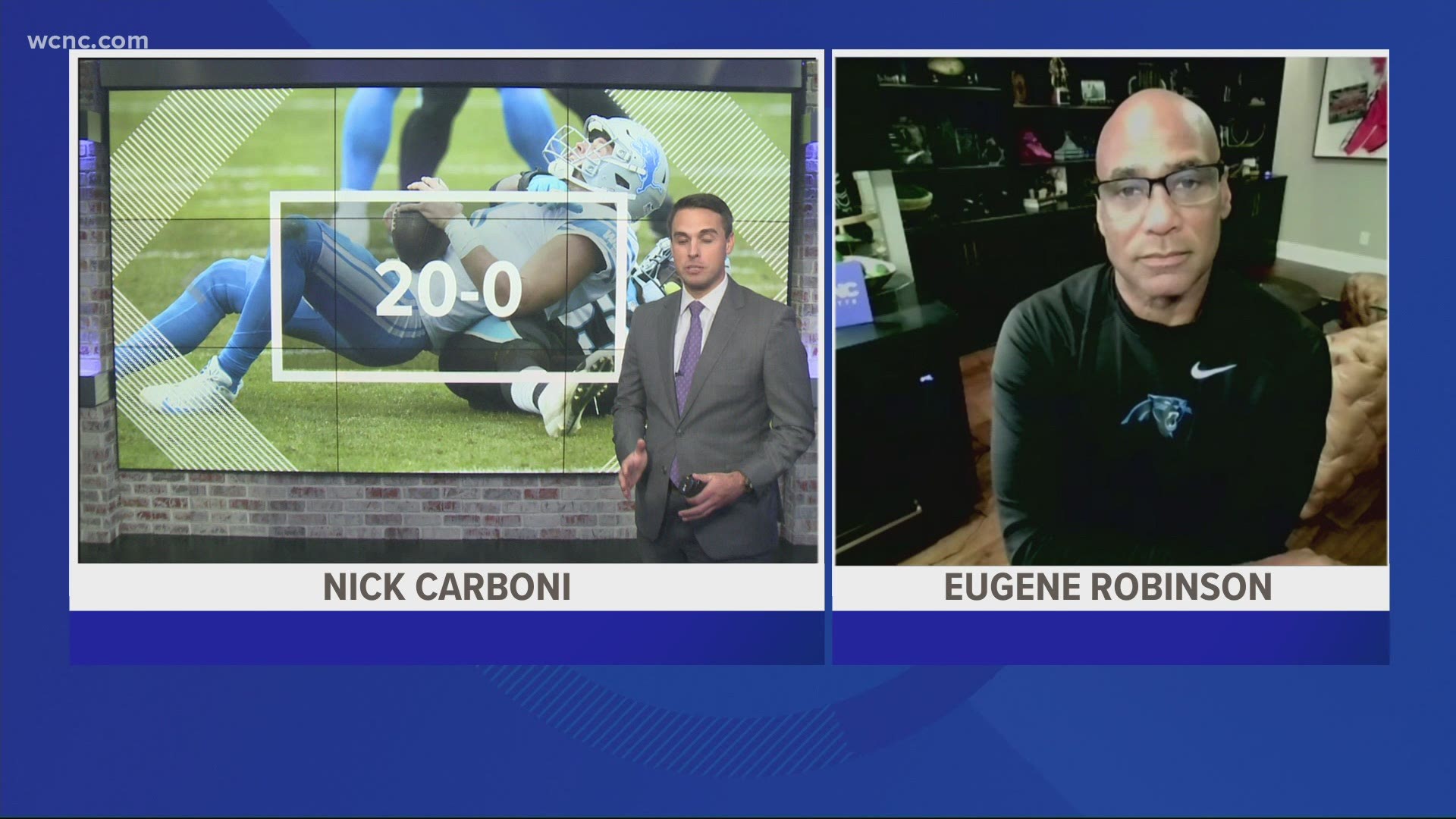