The Dodgers end a 32-year title drought with their victory over the Rays in Game 6 of the World Series. 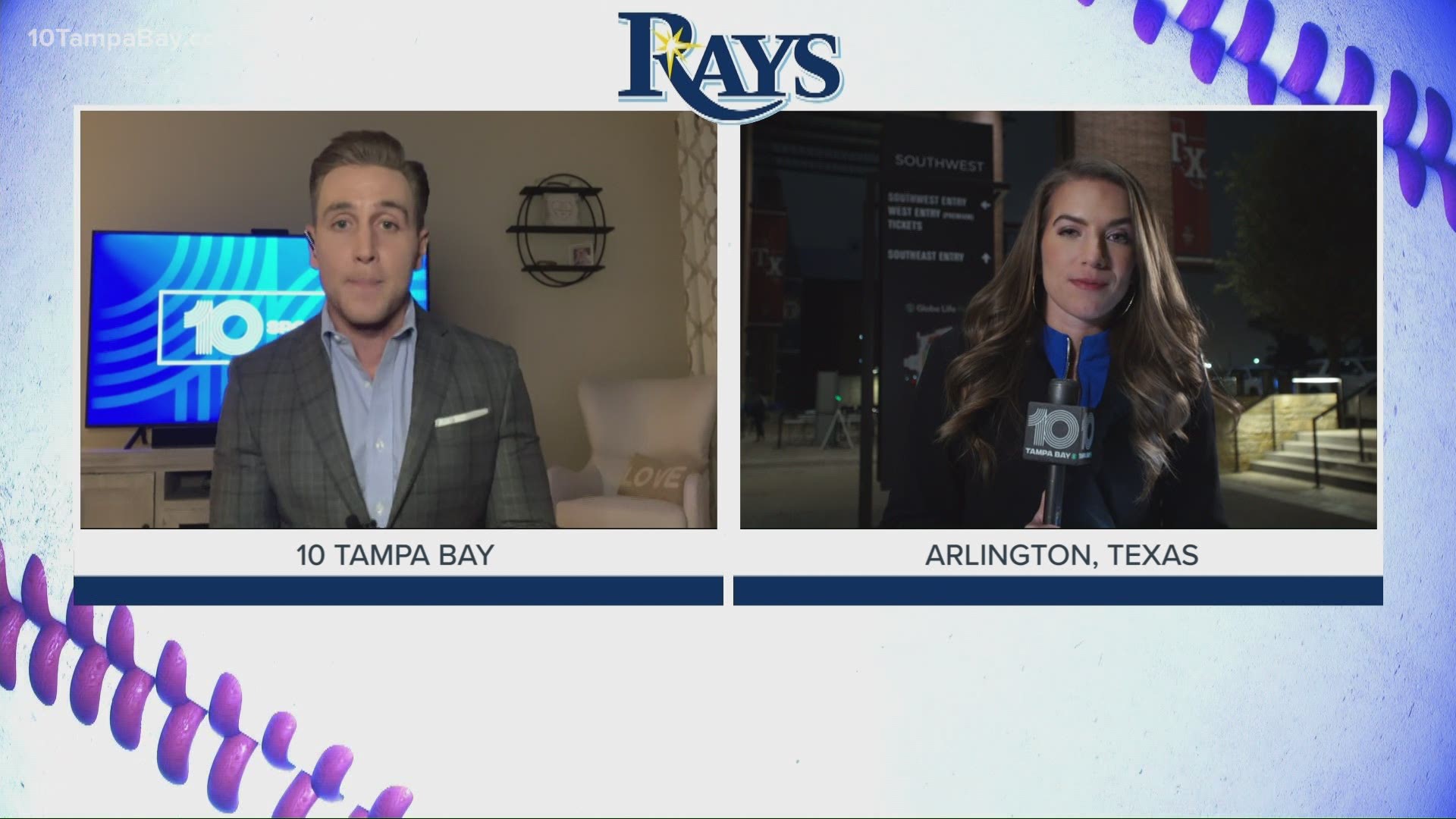 ST. PETERSBURG, Fla. — The Los Angeles Dodgers won the World Series with their Game 6 victory over the Tampa Bay Rays on Tuesday night.

And while the Los Angeles championship is the conclusion of a season marred by the coronavirus pandemic, it was announced during the Fox broadcast that Dodgers' third basemen Justin Turner, who started the game, tested positive for COVID-19.

According to the Los Angeles Times, he was pulled due to the positive test. Turner was 0-3 with two strikeouts before his departure.

The Rays jumped out to an early lead after a first-inning home run off the bat of Randy Arozarena, the most consistent threat for Tampa Bay in the postseason. However, their offense failed to put anything together in the innings to follow, allowing the Dodgers to hang around.

Starter Blake Snell was absolutely dominant through four innings, striking out nine. However, in the 6th inning with the Rays still clinging to their one-run lead, manager Kevin Cash opted to go to his bullpen.

That decision will long be discussed among baseball fans, and in particular, fans in Tampa Bay.

The Dodgers immediately took advantage of the pitching change, scoring twice in the 6th to take the lead.

It was a lead they refused to give up, and as a result, the Dodgers are the champions of the baseball world in 2020.

The Rays, meanwhile, will go into 2021 after a season in which they led the American League and became American League champions for the second time in franchise history. The future looks bright in Tampa Bay.

Nonetheless, in a season made unforgettable by the pandemic, it’s one that Rays fans will long remember as yet another opportunity for glory that got away.

Here's how Game 6 played out:

Game 6 heads into the 9th inning with the Rays down by two runs. The Rays need to score two at least to stay alive.

Mookie Betts unloads on one in the bottom of the 8th inning, sending a solo shot into deep left-center field. It's now 3-1.

The Dodgers tie the game after a ball gets by Zunino with a runner on 3rd. They then take the lead on a fielder's choice off the bat of Corey Seager.

Kevin Cash goes to the bullpen in the bottom of the 5th, closing the book on Blake Snell.

Snell is absolutely dealing. He's got nine strikeouts through four innings tonight. But, the offense hasn't gotten anything going since Arozaren's homerun, allowing the Dodgers to stay in this game.

Snell starts his night by striking out the first three Dodgers he faced in the first.

The Rays strand a pair but take the lead in the top of the first. Blake Snell comes to the mound with a 1-0 advantage.

Randy Arozarena puts the Rays on top early on with a solo homer in the first. It's 1-0.