Monroe football off to solid start

Since the loss to Catholic, the Redhawks have won three-straight games, averaging 35 points per game in the victories. 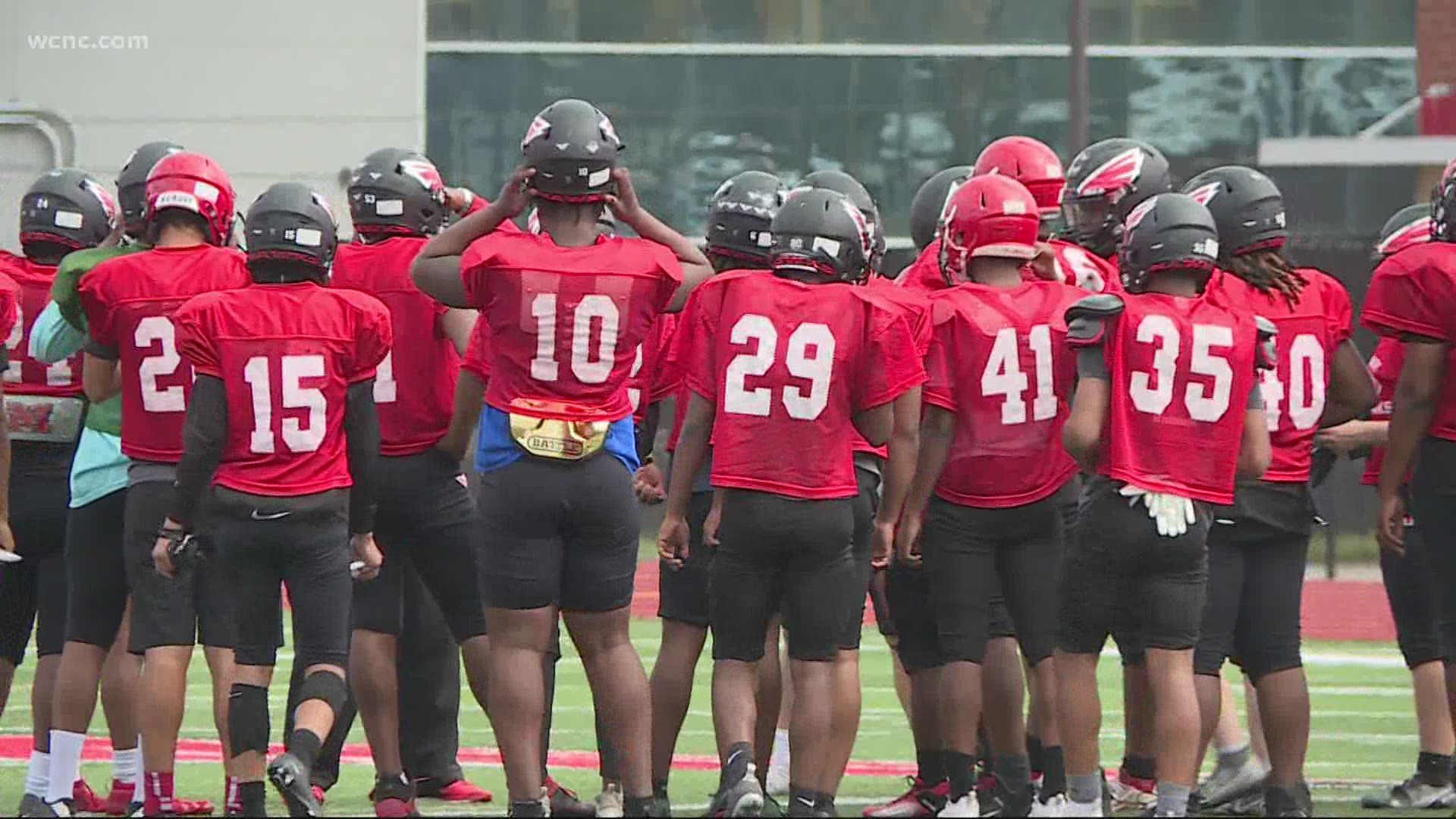 MONROE, N.C. — The Monroe Redhawks dropped their first game against Catholic this season.

That's easy to understand, as Catholic is the three-time defending state champion, and most of Monroe's players were doubling up and playing basketball.

But since the loss to Catholic, the Redhawks have won three-straight games, averaging 35 points per game in the victories.

"It's leadership," coach Johnny Sowell, who led Monroe to a state championship in 2015, said. "Commitment when they said a long time ago that we weren't going to be able to play football. Continuing to work hard and put all that together."

Monroe will host Piedmont on March 26, and then has a big game against defending state champ Weddington on Thursday, April 1.

"Our first game we were a little shaky," junior WR/DB Elliott Reed said. "We learned from it, bounced back and got three W's after that. We got into the groove and improved."

Monroe's top player, junior wide receiver Shaleak Knotts, will be sidelined vs. Piedmont with an ankle injury but could return for the Weddington game.

Knotts is one of the top recruits in the state and has offers from about 30 Division 1 schools.