Monroe improves to 4-1 on season

Redhawks pull away from Piedmont 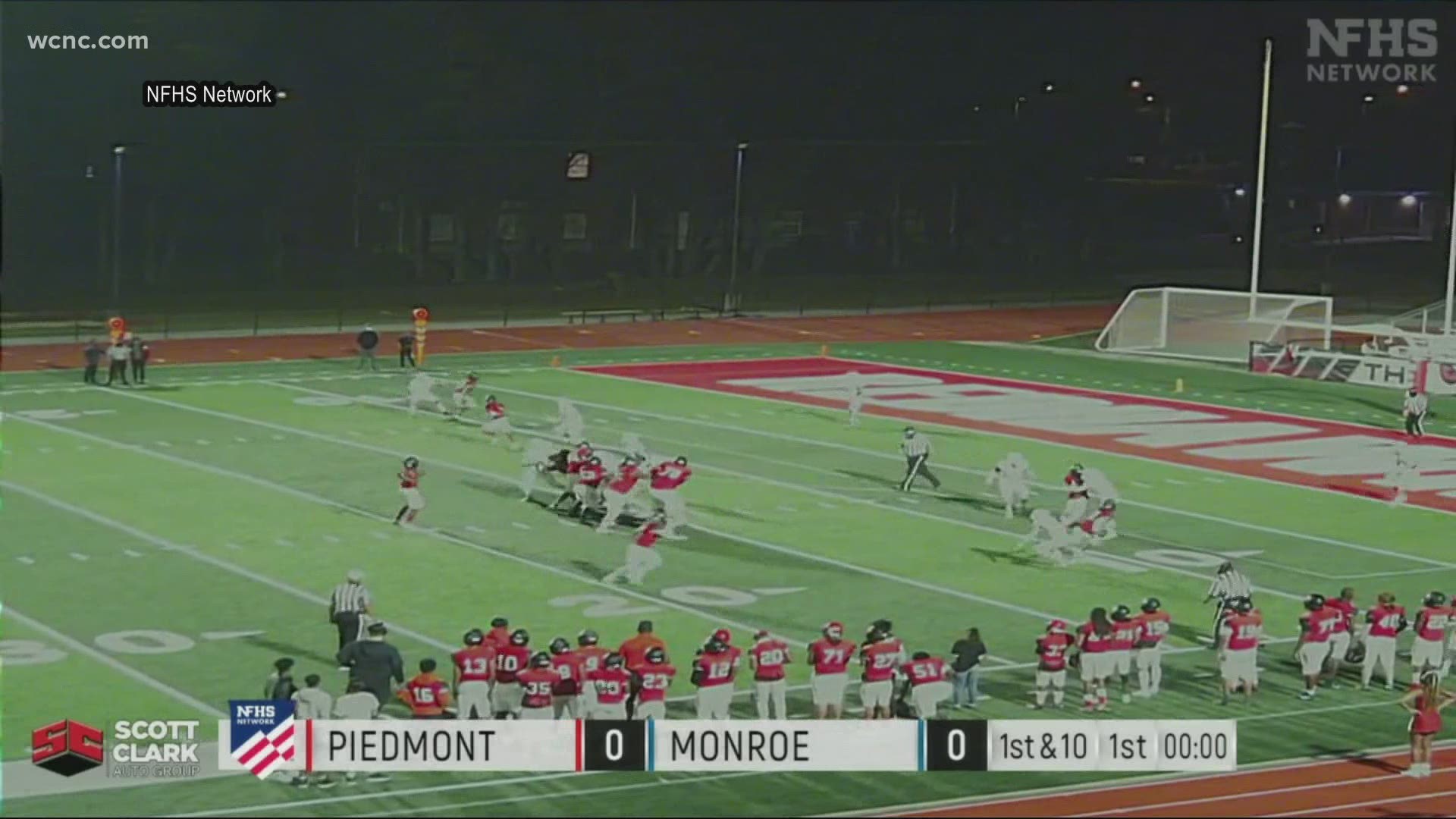 The Redhawks beat Piedmont, 35-7 on Friday night at home.

That sets up a big game against unbeaten Weddington next Thursday night.

Khamoni Robinson hit Elliott Reed for a 63-yard touchdown to put Monroe on the board.

Reed reeled in another score later in the game and Robinson hit Wonnie Brown with a beautiful back-shoulder throw in the end zone as well.

Jack Crump put the game away with a fourth-quarter touchdown run.

In other games, Catholic beat Parkwood, 44-14 and R-S Central spoiled South Point's homecoming with a 21-19 victory