Bubba Wallace to drive No. 23 for Michael Jordan-owned team

Wallace will drive the No. 23 for 23XI Racing, co-owned by Michael Jordan and Denny Hamlin, beginning with the 2021 season. 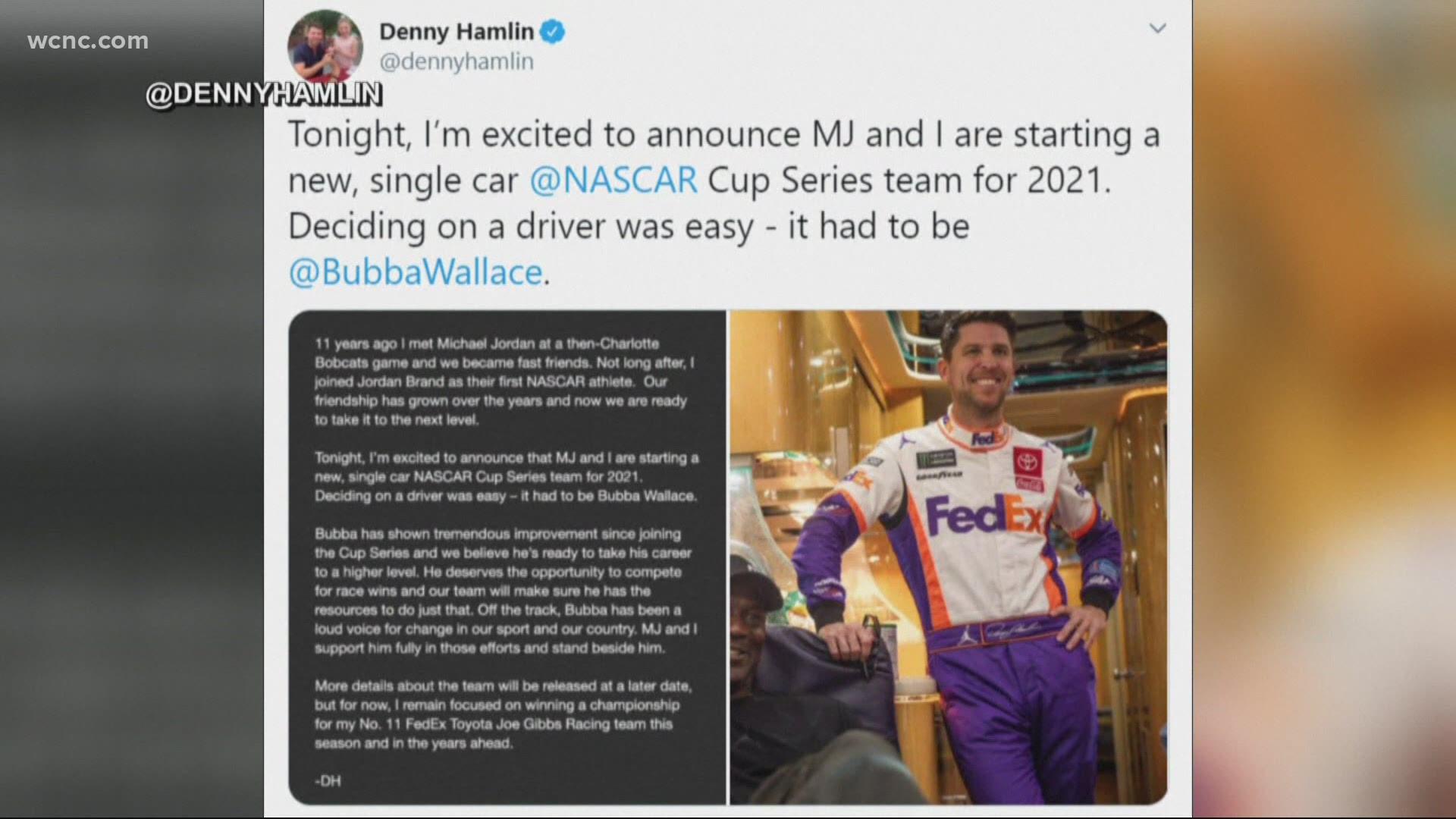 CHARLOTTE, N.C. — Michael Jordan's new NASCAR team officially has its number and name for the 2021 season.

The team, which is co-owned by current NASCAR star Denny Hamlin, will be called 23XI Racing (pronounced twenty-three eleven), and pays tribute to Jordan's iconic No. 23 he wore during his NBA career, as well as Hamlin's signature No. 11 he's driven his entire NASCAR career. The car will be driven by Bubba Wallace, who announced he would be leaving Richard Petty Motorsports at the end of 2020.

“Michael and I have a shared vision for this team,” Hamlin said, “so it’s exciting to see it reflected in the team name and on the race car with the iconic number 23 that Michael made famous.”

Details about the team's manufacturer and any alliance with an existing organization have not been made public at this time. Jordan's team has acquired the charter owned by Germain Racing for competition next season.