Briscoe held of Kyle Busch for the victory, just days after he and his wife Marissa lost the child they were expecting. 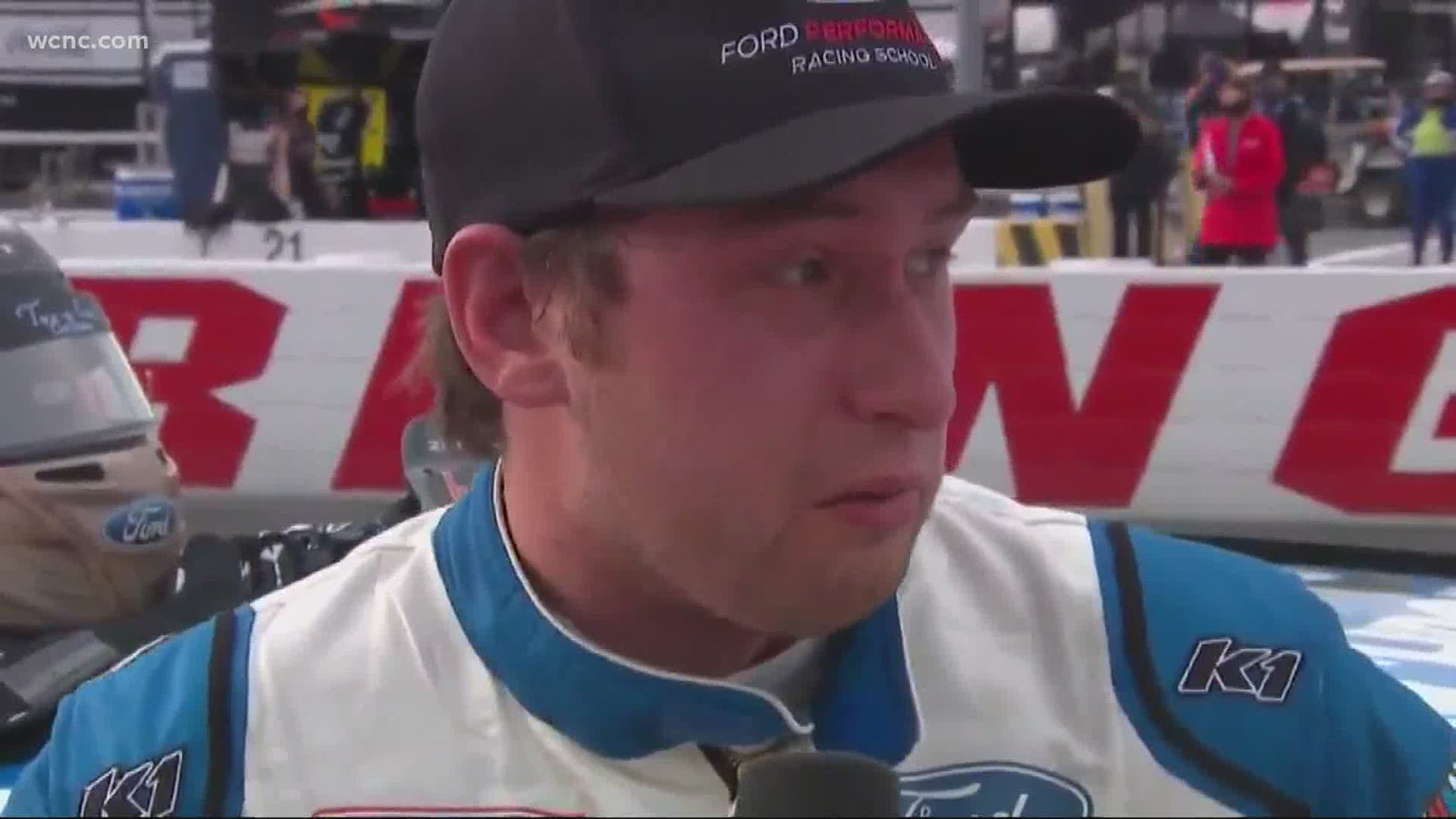 DARLINGTON, S.C. — Chase Briscoe held off Kyle Busch in a frantic battle over the closing laps to win the Xfinity Series race at Darlington Raceway.

Busch had been penalized for speeding on the final round of pit stops and it forced him to relinquish the lead. He still drove his way up to the front and briefly passed Briscoe, but the Stewart-Haas Racing driver held off the two-time Cup champion on the final lap.

Briscoe dropped to his knees in tears after taking the checkered flag. While he was at Darlington on Tuesday his wife was at a doctors appointment and learned the couple had lost the child they were expecting.

“This is for my wife. This has been the hardest week,” Briscoe said through tears. “When I took the lead, I was crying in my car. This is more than a race win. This is the biggest win of my life after the toughest day of my life. To be able to beat the best there is is so satisfying.”

RELATED: Chase Elliott discusses his top-5 finish at Darlington, the return of NASCAR and more

RELATED: Charlotte Motor Speedway to salute the troops at Coca-Cola 600

RELATED: Ryan Newman doesn't remember horrific crash, but remembers walking out of the hospital with his daughters