Busch Beer and Netflix are going to pay one lucky NASCAR fan $50,000 to join Kevin Harvick's pit crew for the entire 2021 racing season. 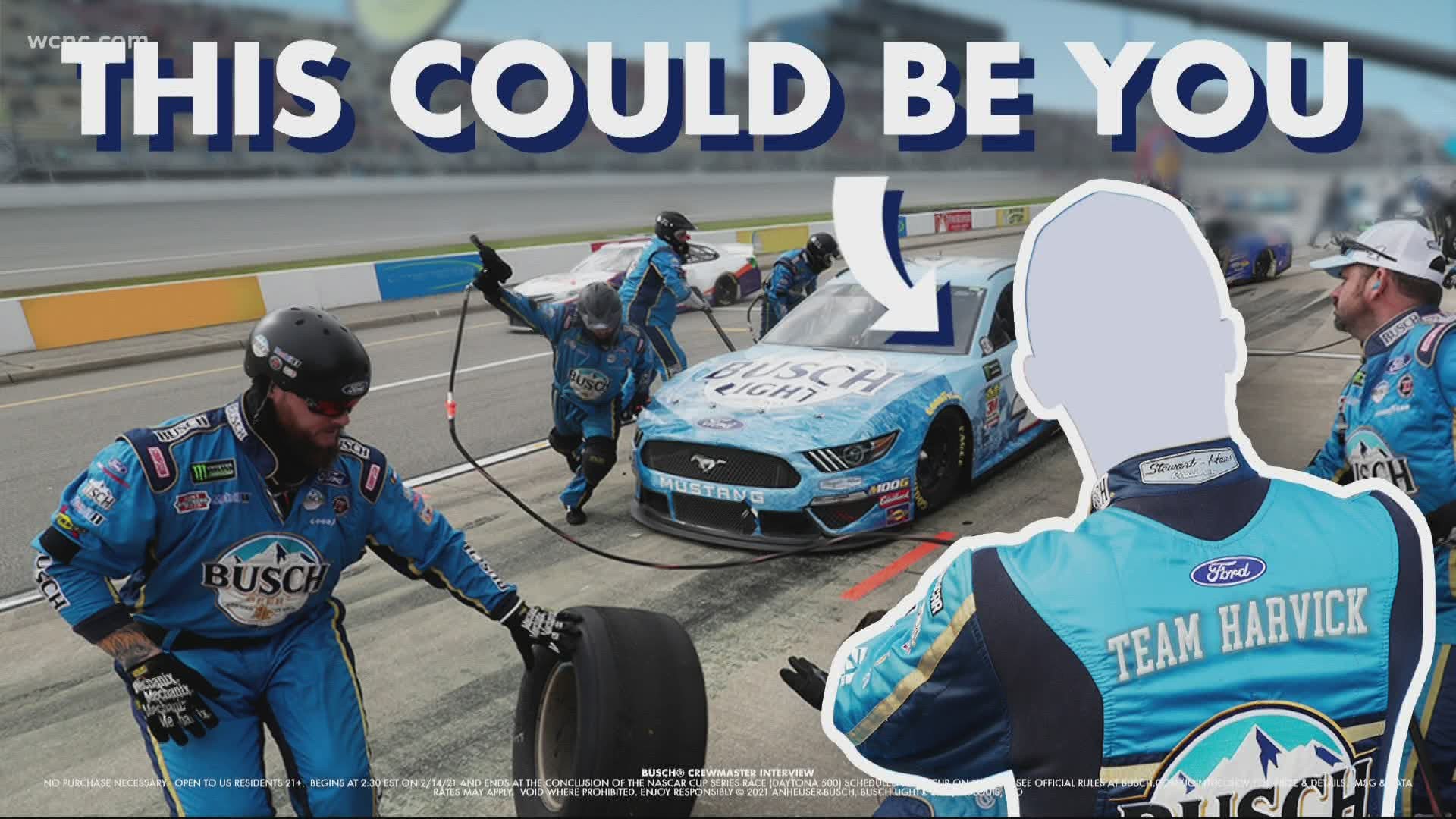 CHARLOTTE, N.C. — There are few moments in sports that overload your senses like a NASCAR pit stop: The roar of the engines, the smell of race fuel and burned rubber, and of course the bright colors and sights when dozens of racecars zoom down pit road for service in a race.

Busch Beer and Netflix are partnering to pay one lucky fan $50,000 to join Kevin Harvick's pit crew for the full 2021 season with a full-time paid job at Stewart-Haas Racing. It's called the Busch Crewmaster and will include a paid position with real team duties, an opportunity to fly to each race on the team's private plane and training with real NASCAR professionals.

“I’m beyond grateful to work with such a skilled team at SHR, and it’s amazing to join Busch beer on this first-of-its-kind experience to offer one lucky fan the opportunity to get on-site training for their dream job while learning from the best of the best,” said Kevin Harvick.

The promotion is inspired by "The Crew," a new Netflix series inspired by NASCAR starring Kevin James. The new series debuts Feb. 15, one day after the season-opening Daytona 500.

We’re interviewing for a $50K paid position to join @kevinharvick’s 2021 racing crew. Yep, you could win the job of a lifetime.

Tune into the #Daytona500 for your interview. No need to dress up, just get your fingers ready to tweet your answers live with #TheCrew #BuschContest pic.twitter.com/sZ6PdPt0QE

Applying for the dream job is simple. Fans just have to tune into the Daytona 500 and answer questions asked on the TV broadcast and on Busch's Twitter account. For every question fans answer correctly, they'll be one step closer to landing one of the most coveted jobs in sports.

RELATED: Brad Keselowski's Checkered Flag Foundation teams up with Suiting Warriors and Ike Behar to give back to veterans

For more information, fans can follow @BuschBeer on Twitter or click here. All contestants must be at least 21 years of age and live in the U.S. No purchase is necessary.

RELATED: No Budweiser Super Bowl ad this year, but people keep looking for it