Sandy and Diane MacLaren purchased their RV with one purpose: To crisscross America and see every NASCAR race in person. 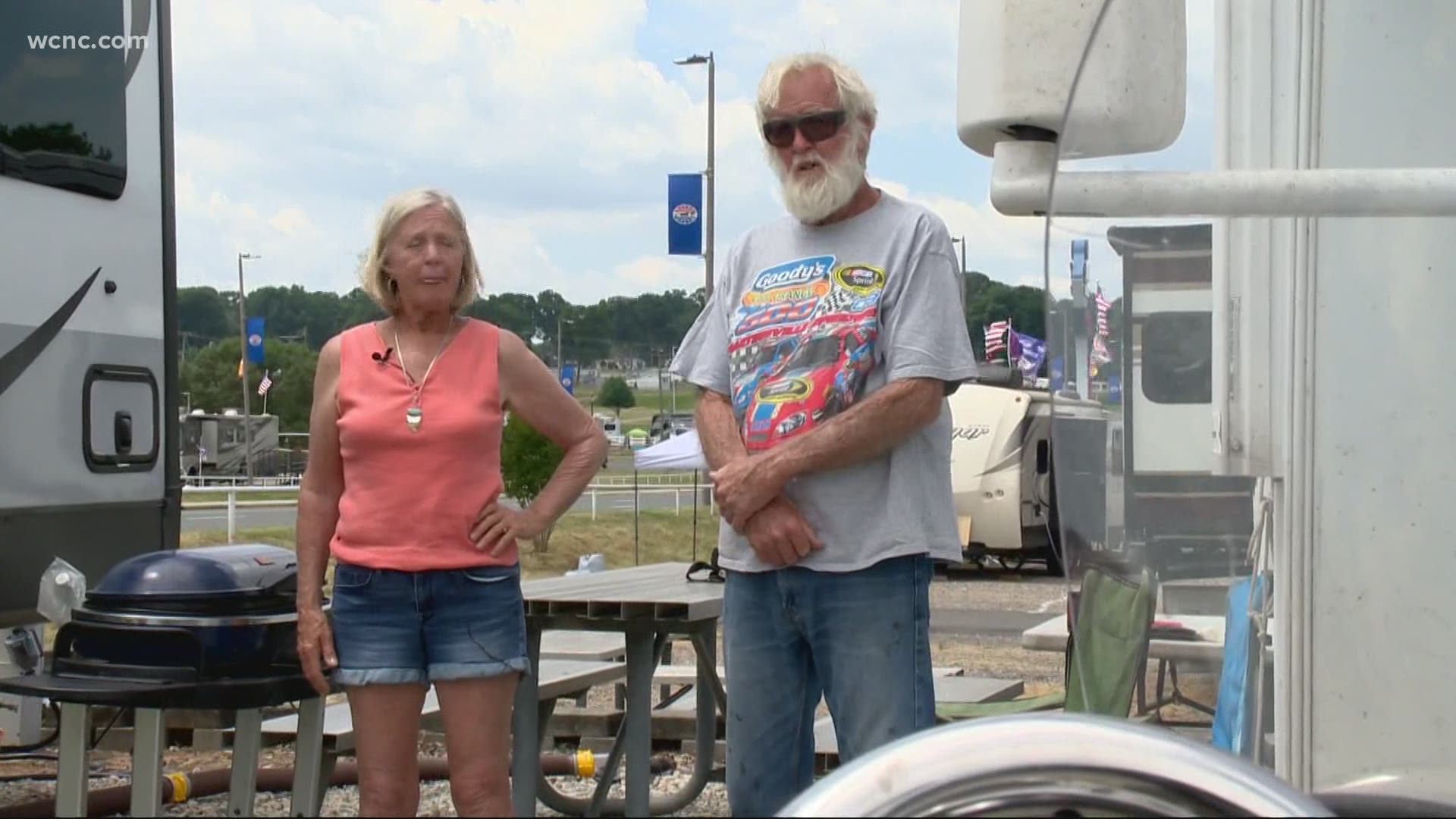 CHARLOTTE, N.C. — NASCAR fans are known for their reputation of being dedicated to their favorite sport, but a retired Florida couple is taking that passion to the next level by crisscrossing the country in an effort to see every 2021 NASCAR Cup Series race in person.

Sandy MacLaren is a retired Miami firefighter who will turn 80 in July. Determined to fulfill his only bucket list item, Sandy and his wife, Diane, bought a new RV in 2019 to make it happen. Then COVID-19 shut everything down and NASCAR went on pause after just three races.

After months of waiting, COVID-19 restrictions were eased nationwide and NASCAR announced it would allow fans at its races, including this weekend's Coca-Cola 600, which will be the first race at Charlotte Motor Speedway without attendance restrictions since 2019. So, Sandy and Diane loaded their RV with a motorcycle trailer in tow and began buying tickets and reserving campground spots everywhere from New Hampshire to Kansas City and most points in between.

The journey hasn't been easy, even with a new RV and nowhere else to be. You see, the MacLarens have already made the journey from Daytona Beach to Phoenix and all the way back to the East Coast. That's where things got tricky. The Colonial Pipeline cyberattack and ensuing gas supply issues made it tough to fill up on their way to Dover, Delaware, but they found a way.

Not even Mother Nature's worst could rain on their parade in Texas, where they just saw Chase Elliott win the inaugural event at Circuit of the Americas, a course best known for hosting Formula One's U.S. Grand Prix, in a torrential downpour that had cars hydroplaning at 150 mph.

The Coca-Cola 600 will mark the 15th event on NASCAR's 36-race schedule, but it's more like 38 if you count February's Busch Clash and the All-Star Race in June. Speaking of, Sandy and Diane have plans to momentarily ditch the RV after the 600.

With next week's race taking place in Sonoma, California then heading back to Texas for the All-Star Race on June 13, the MacLarens will fly to California because there's just not enough time to drive. But missing just one race is unacceptable.

After next month's All-Star Race, the couple will again be back in their familiar RV, logging miles on America's highways living their NASCAR racing dream.

Finally, after nine months and thousands of miles, the MacLarens will take the checkered flag for the championship finale at Phoenix Raceway on Nov. 7, with a year's worth of memories that will last a lifetime.