Busch, the 2004 NASCAR champion, helped to unveil the name of Phil Grieser on his windshield for Sunday's Coca-Cola 600 at Charlotte Motor Speedway. 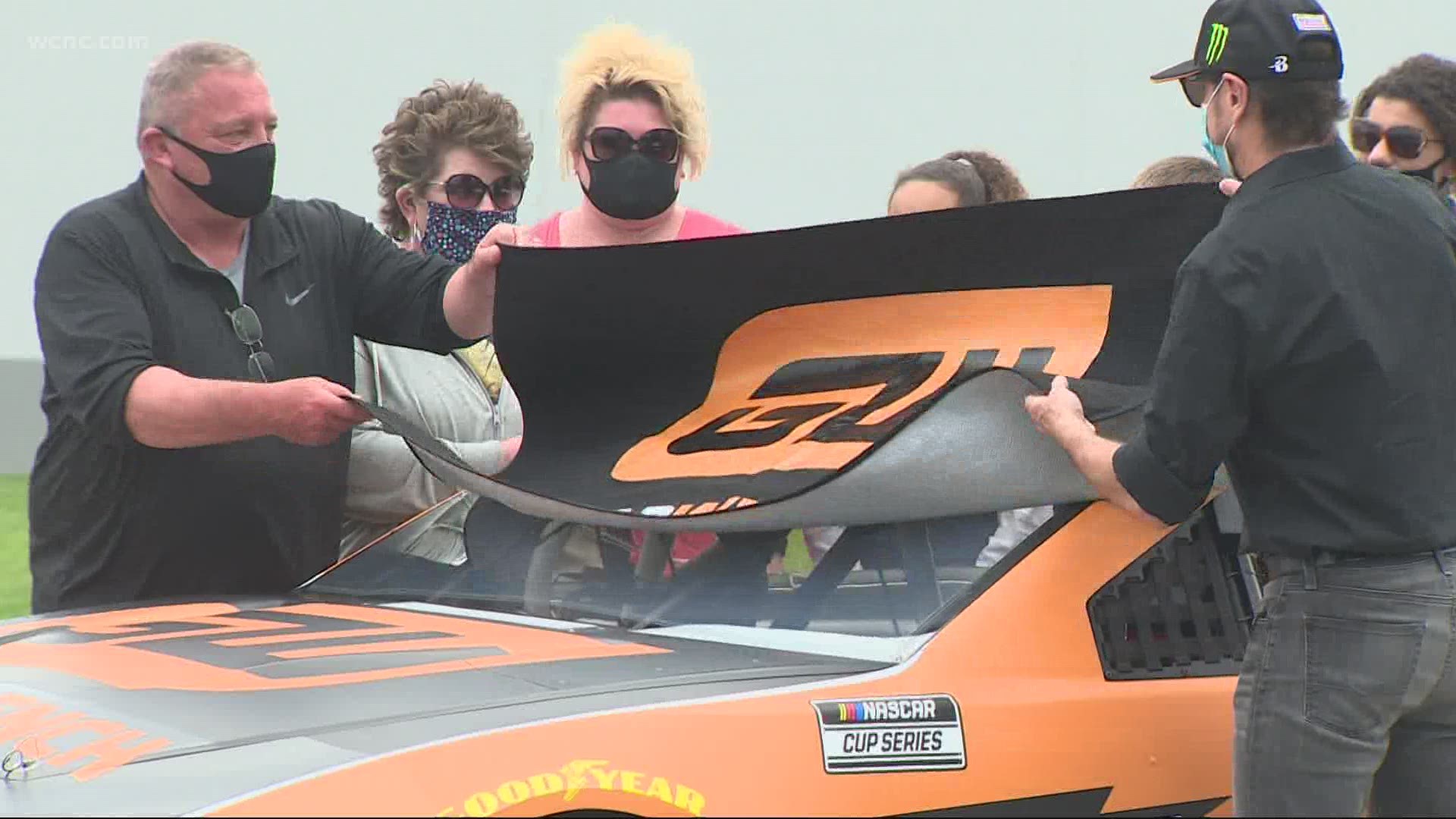 Also part of that tradition? Drivers will bear the names of fallen soldiers on their cars. The Grieser family got quite the surprise on Friday when star driver Kurt Busch made an unexpected appearance during their visit to Chip Ganassi Racing in Concord.

"The fatigue of running the race and then showing up the next day probably is pretty hard on him so I appreciate that," said Mark Grieser.

Busch helped Grieser unveil the name of his brother, Phil, on the windshield of his number 1 Chevy — Phil was killed in action in Vietnam in 1969. He was just 23 years old.

"It means that people still care," said Mark Grieser. "I think the military is unappreciated in a lot of ways and this is a great example of how we celebrate that. Personally it's hard on me. It's emotional. Because any time anybody loses anybody you think about it every day."

Added Busch: "To have the family here, that's when it really resonates home. The family feels it, I feel it that much more. And I know I'll have a special passenger Sunday."

"I'm kind of an emotional guy and it really chokes me up to see this come together," said Newell. "I talked to my dad earlier this morning and he was near tears."

There will still be a salute to troops for Sunday’s race. It will an include a live flyover, and a virtual invocation, national anthem and 21-gun salute.

RELATED: Chase Elliott discusses his top-5 finish at Darlington, the return of NASCAR and more

RELATED: Charlotte Motor Speedway to salute the troops at Coca-Cola 600

RELATED: NASCAR is back today at Darlington

RELATED: Ryan Newman doesn't remember horrific crash, but remembers walking out of the hospital with his daughters