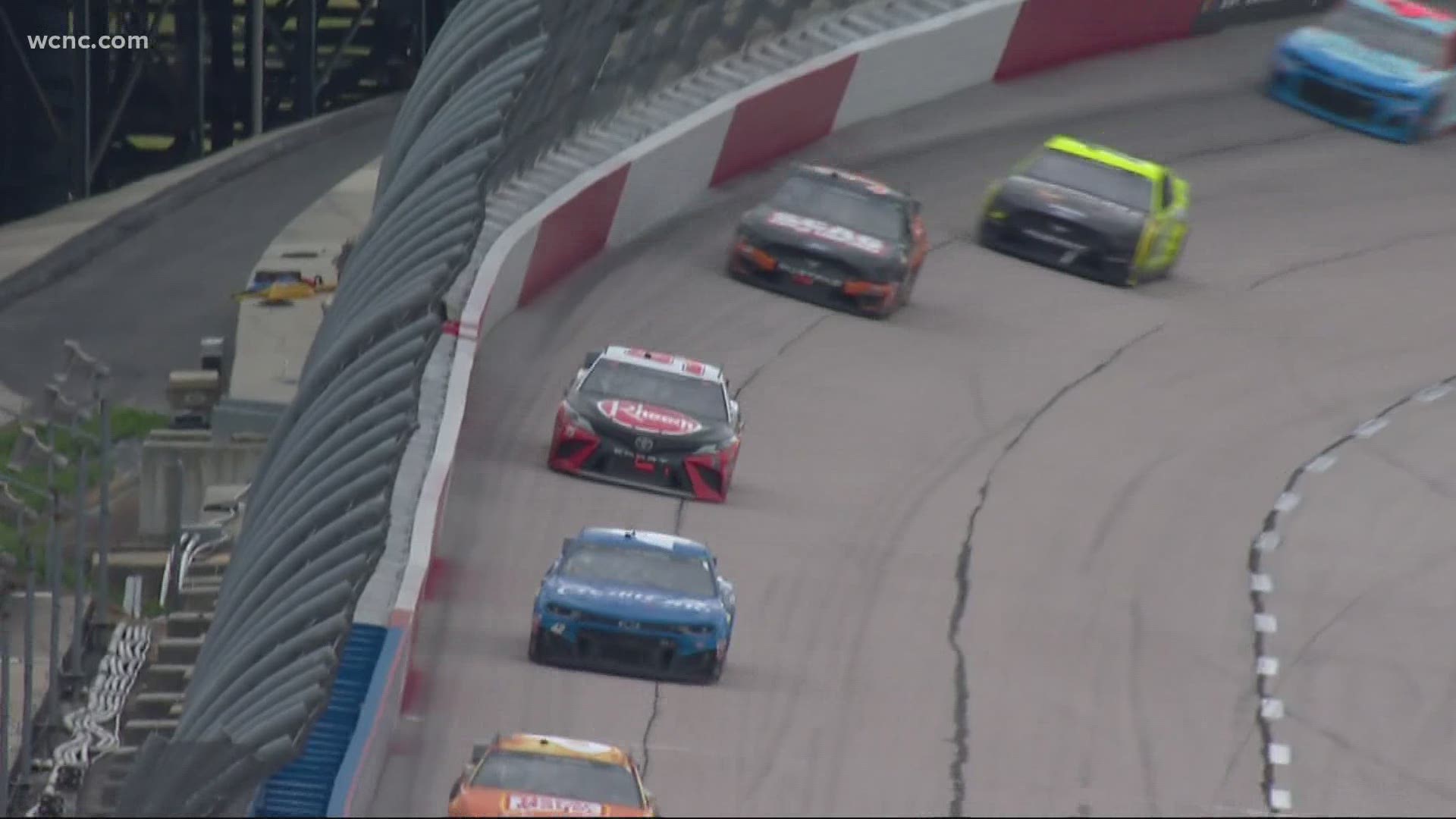 For John Hunter Nemechek and the rest of the 2020 NASCAR Cup Series rookie class, this year has been unlike any other with COVID-19 changing the entire season.  Drivers have had to adjust to no practice and qualifying for most races and also multiple races in the same week, something Nemechek says he’s enjoying.

Below is WCNC Charlotte’s Q&A with Nemechek on the season so far.

Q: “Obviously, this is your first full-time season in the Cup Series with everything that COVID-19 has caused to change with no practice, no qualifying, multiple races in a week how has that affected you or are you enjoying it being that way?”

A: "If it was up to me, I would race every single day of the week as a race car driver. It's definitely a lot of fun. Hopefully, we can get more of that in the future as well, running multiple races during the week."

Q: “A pretty nice rookie class this year, what’s everything like amongst you guys?”

A: "I feel like it's one of the most competitive rookie classes that we've had in a long time. It was the Big 3 last year in the Xfinity Series, and I was over here like hey what about me? It's pretty neat to be able to be sitting second in the rookie standings right now. I have some ground to make up on Tyler Reddick, but overall, we're still in it. Not going down without a fighting chance."

Q: “This weekend NASCAR is back on NBC. You guys head to Indianapolis Motor Speedway. It’s going to be your first Cup Series start there. I know you have some experience in the Xfinity Series there, but what are you looking forward to about this weekend?

A: "Indy it's a very historic race track. A lot of history there. Being able to go there as a kid watching dad. I was in the motorhome lot running around in the grass and driving my little RC car around and just having fun. Now that the tables are turned hopefully, we can go up there and have a shot to kiss the bricks. That's what it's all about and being able to go to such an iconic place that has so much history is just amazing.”

NASCAR returns to WCNC Charlotte this weekend for the historic INDYCAR/NASCAR double header.