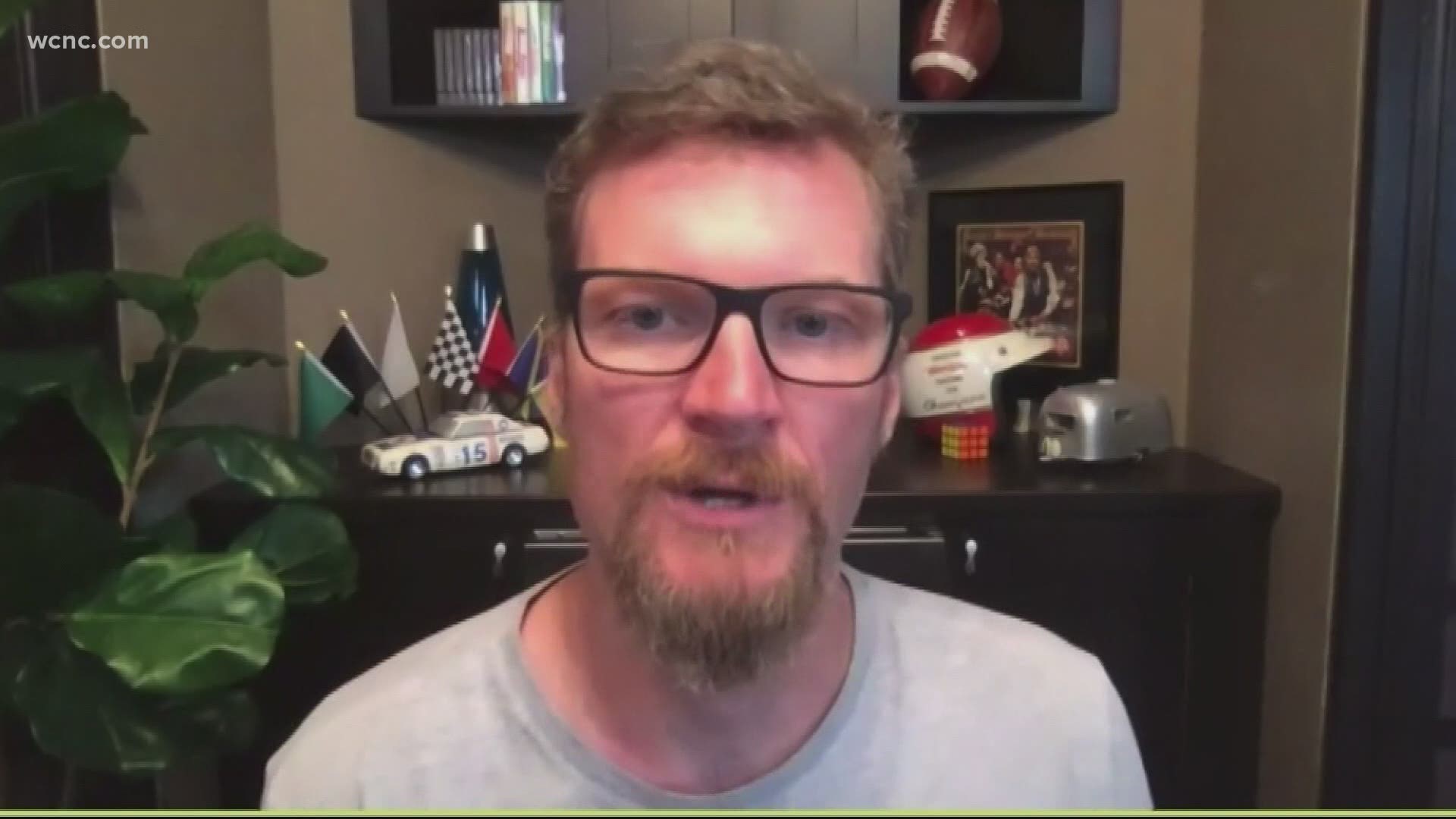 Dale Earnhardt Jr. and NBC are preparing for NASCAR's return to NBC on July 4th and 5th for the NASCAR/INDYCAR crossover weekend at Indianapolis Motor Speedway.

Dale Jr. joined WCNC Charlotte to discuss NASCAR's return, the challenges of calling a race with COVID-19 changing the production format and his recent selection for the NASCAR Hall of Fame Class of 2021.

Q: "You were recently selected as a part of the 2021 NASCAR Hall of Fame class. Now that you've had some time to process that, what are your thoughts?"

A: "Man I don't even know where to start. It's hard to put into words what that really means. It's been great for me and my family. My wife and my daughter were there the moment we were learning of the news so that was very special for me. It's also a win or rewarding for a lot of people that have supported me or been a big part of my career at many points and some of those people are still with me today. I've been hearing a lot from old friends, old people that I worked with that were part of the teams or even part of the industry that are part of the story. They're part of the reason of why that was even possible so that's been a lot of fun. I think that'll be the best part of the process as we go forward."

Q: "NASCAR returns to NBC 4th of July weekend. I know you've been doing a lot of stuff with NBC and maybe the booth looks a little bit different with COVID-19 and all of that, but how excited are you for the return?"

A: "I am excited to get back to work. I've been in this little studio right here doing most everything over the last several months, and I'm just ready to get back to calling a race and talking about the action on the track. I've enjoyed doing that over the last couple of years and so it's going to be in a different environment and the booth is going to look completely different and I'm extremely nervous about that. I'm extremely nervous about how it's going to impact the ability to have the same energy and excitement because we might not be actually at the race track looking at the action. To be able to stand in that booth and look out that window at the cars as their moving it's really helpful to bring that energy and that true genuine excitement for what you're watching, but the one thing that we hear a lot from our fans is that when me, Rick Allen, Letarte and Burton are in the booth it sounds like a couple of buddies watching the race on TV just talking about it. Well that's exactly what we're going to be doing as we broadcast these races over the next several weeks. We're just going to be hanging out in a room, just talking about what we're seeing on the TV. Hopefully, that transitions into a good broadcast and fans enjoy it, but I'm pretty nervous about it."