Multiple players for the Washington Nationals spoke to WUSA9's Darren Haynes about how much they love being dads to daughters, something Kobe Bryant cherished. 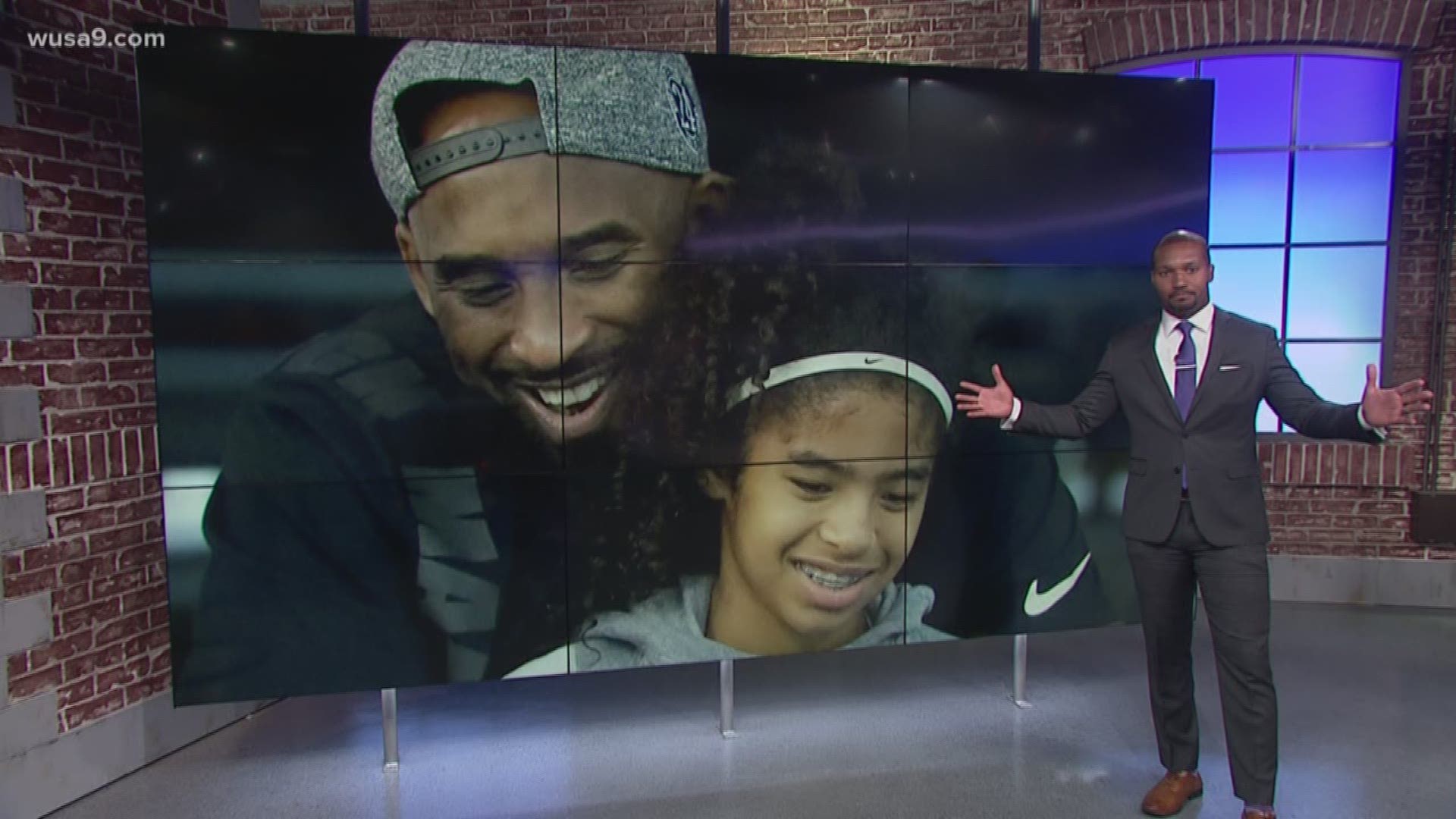 WASHINGTON — With the loss of NBA legend Kobe Bryant, being a girl dad is something that in recent weeks has taken on a more refined meaning.

When Stephen Strasburg signed his contract with the Washington Nationals in December, he did so with his two little girls by his side. The picture following the news conference showed that a man, who came into the league newly engaged and with no kids, is mesmerized by the two little ones by his side, even while he sings a contract giving him millions.

As Strasburg and the rest of the Nationals are in the midst of Spring Training in Florida, many on Monday in Los Angeles honored Bryant and his daughter Gianna. Both of whom died in a helicopter crash that killed them and seven other people.

In the aftermath of Bryant's tragic death, #GirlDad spread through news channels and social media, with many in sports pointing to their own love of being fathers to girls. Bryant himself had four of them.

During Spring Training last week, Nationals players who have daughters of their own, spoke about how special it is to have them in your life.

"When Kobe died, how tragic it was. It was a reflection of life, and how life can be taken from you in any one moment. "We all think about our families at that moment. And for him being a girl dad, I am too," said pitcher Max Scherzer, who missed a scheduled start for the Nationals in July so he could be with his wife for the birth of their second daughter.

"Being able to come home to them after the games. Whether it was a good game or a bad game. That's the best feeling in the world because they could really care less whether or not I'm pitching well," said Strasburg.

Kobe's unique bond with his 13-year-old daughter Gianna is something that was highly publicized in the days following his death. The two were close in many ways, but their bond over basketball is something that many who knew the NBA legend spoke about at length.

Kobe and Gianna were on their way to a youth basketball game at Bryant's Mamba Sports Academy in Newbury Park, California, when the helicopter crashed.

"It's the best man," said Nationals first baseman Ryan Zimmerman. Who also has two daughters of his own. "Obviously being a dad is the best, for anybody, but girls are definitely special.

With multiple players on his team that have daughters, manager Dave Martinez even spoke about how much he loves his daughter, and that from time to time, he's had his toenails painted by her.

"No matter how old she is, she will always be my baby girl," Martinez said.