Instead of having a big All-Star party, Stephen Curry did this

The Carole Hoefener Center in uptown is now home to Curry Court, Curry Kitchen, and much more thanks to the Stephen and Ayesha Curry Family Foundation, Under Armour, and Chase. 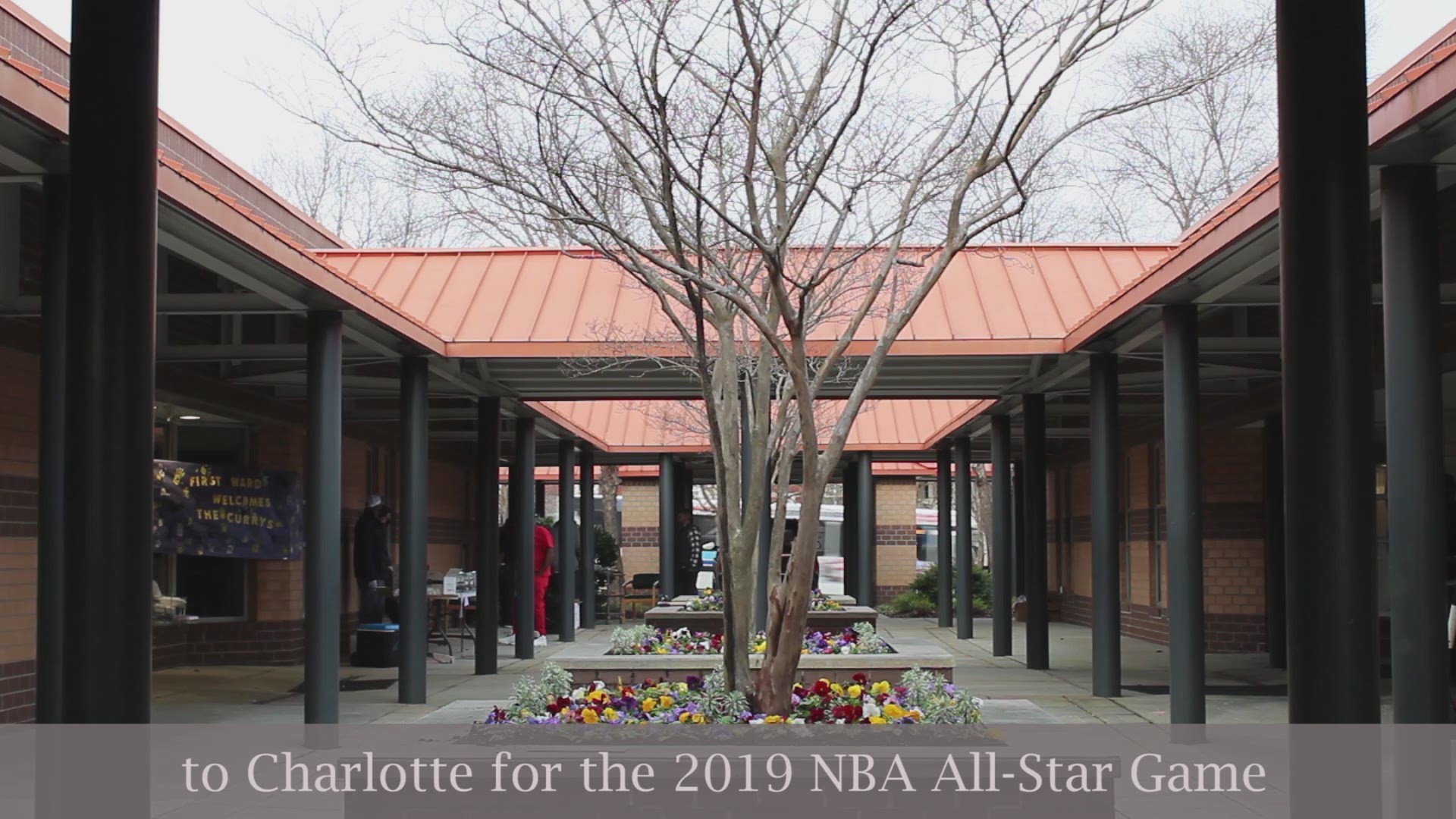 CHARLOTTE, N.C. — When Stephen Curry learned he was coming home to Charlotte for the 2019 NBA All-Star Weekend, he wanted to do more than party. He wanted to make an impact.

The Golden State Warrior played for Team Giannis against Team LeBron at the Spectrum Center Sunday night. But before he took the court, he’s gave back to the community that raised him.

On Friday, the Stephen and Ayesha Curry Family Foundation, Under Armour, and Chase unveiled recent renovations at the Carole Hoefener Center, just blocks away from where Curry will play Sunday.

The point guard said the center was chosen because its priorities line up with his family’s.

“Equal opportunities for education, access to and more knowledge about nutrition and wellness and having a safe and inspiring place to play,” Curry said. “I am excited to see my hometown community engage in the new space, and we deeply believe in its ongoing impact.”

Making an impact was the mutual goal when Curry and Under Armour representatives sat down months ago to talk about how they wanted to spend their money during All-Star Weekend. Realizing a few days full of parties were fleeting, they decided to do something special that would have a lasting effect long after the festivities were over.

“Our community leaders met with the Stephen and Ayesha Curry Family Foundation,” said Cheron Porter, senior vice president of public relations for Charlotte Housing Authority. “They came together, and they really just blessed us with this amazing opportunity to serve the kids in our community,”

Work began in January, and in just weeks, the refurbished center was ready for the big reveal on February 15. The new basketball gym called Curry Court, an education center for STEM students, and Ayesha Curry’s culinary kitchen were just a few of the highlights from the project.

The center paid it forward as well. When renovations got underway, many of the discarded materials were salvaged and donated to other organizations. For example, the old gym floor was given to a community center in Greensboro.

“We wanted to bless other people with the good fortune that we received,” said Porter.

Because the court floor is now regulation, tournaments can be held at the center -- like the one that took place just a day after the unveiling. An organization called Back to the Basics partnered with non-profit Who Got Game to get a bunch of 8-year-olds scrambling out on the hardwood.

“A lot of times in other leagues and things, they’re not actually pushing the kids to really understand all of the basics of the game,” said Renee Sanders with Back to the Basics.

“We took it to another level where they can actually be competitive with refs on the court with them to give them a little bit more reality of how it’s going to be in the real world. So it’s been really great having these teams out competing,” she added.

The center is not just for sports or even kids. It’s a multi-purpose building where rooms can be rented for banquets, meetings, conventions, job fairs, even office space.

“We have great facilities uptown without uptown prices,” Porter said.

In the future, the NBA Players Association will donate $150,000 over the next three years for programs at the Carole Hoefener Center. Porter estimated 250 kids and their parents will benefit from that money each year.

“It’s been a fantastic example of what we can do when we all come together as a community,” Porter said.