12:01 a.m. - The Charlotte Hornets announce that the fan store at Spectrum Center will hold a fan appreciation sale beginning at 10 a.m. Monday with All-Star merchandise available for 50% off.

11:15 p.m. - For the second year in a row, both NBA All-Star Game teams played for community-based organizations.

Team LeBron played for Right Moves for Youth, a school-based, dropout-prevention and student support program in Charlotte that provides resources and guidance to help teenagers improve attendance, behavior and grades. Since Team LeBron won, the charity will receive a $350,000 donation from the NBA and the National Basketball Players Association.

Team Giannis chose to play for Second Harvest Food Bank of Metrolina, which aims to eliminate hunger by soliciting and distributing food and household items to people in need. They will receive a $150,000 donation. 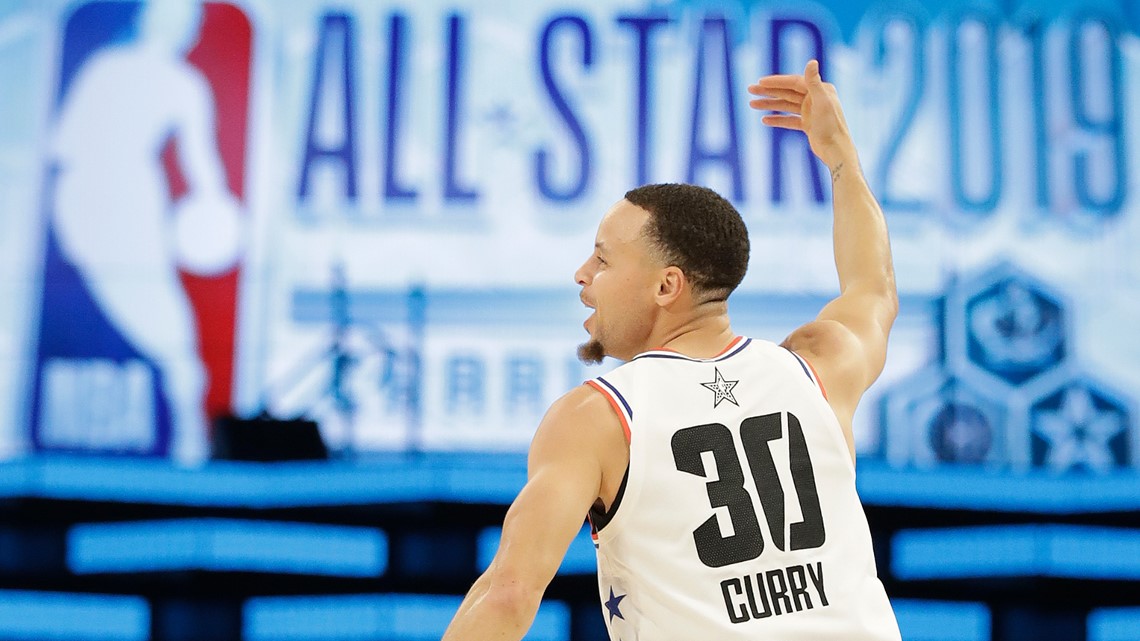 9:34 p.m. - Musician J. Cole performs for the halftime show at the Spectrum Center. J. Cole wore a Charlotte Hornets jacket during his performance.

6:30 p.m. - Doors open for the 68th NBA All-Star Game. Fans were lining the street long before, ready to go explore the Spectrum Center before the festivities start. Law enforcement is around the area to ensure everyone safety during the event.

3:45 p.m. - Notable sportscaster and former basketball star Shaquille O’Neill was spotted thanking Charlotte-Mecklenburg Police officers while they were out controlling traffic in the heavily congested city.

10:35 p.m. - Hamidou Diallo wins the ATT Slam Dunk contest with a 45 after jumping over popular rapper, Quavo of the music trio Migos. Earlier, Diallo caught attention for jumping over Shaquille O'Neal and revealing a Superman shirt under his jersey.

9:50 p.m. - ATT Slam Dunk Participants are introduced -- the final of the three events in the State Farm All-Star Saturday Night. Among participants, Kemba Walker of the Charlotte Hornets.

9:29 p.m. -- Joe Harris of the Brooklyn Nets wins the 3-point contest with 26 points. Harris said he's giving the trophy to the University of North Carolina at Charlotte for letting him practice there. He said he practiced at UNC Charlotte with his former college assistant Ron Sanchez, who is now head coach at University of Charlotte.

9:15 p.m. - Steph Curry gets a first round score of 27 in the 3-point competition. Steph and brother Seth have a competition of their own -- "Whoever loses has to pick up the tab for all the tickets anytime we play against each other for the rest of our careers," Steph Curry said. Steph Curry, Buddy Hield and Joe Harris advance to the final round.

9 p.m. - Former Charlotte Hornets player Dell Curry and others raised a $35,000 donation to to the Classroom Central.

8:45 p.m. - Jayson Tatum of the Boston Celtics wins the Taco Bell Skills challenge, the first of three events in the All-Star Saturday Night.

7 p.m. - NBA commissioner Adam Silver took the podium for the first time during All-Star Weekend, and took a few minutes to talk about "the bumps in the road" -- why the All-Star Game did not come to Charlotte in 2017 as scheduled and how everything was able to come full circle in 2019.

"Charlotte means everything to me. It's where I learned to play the game... Me and my brother, we always dreamed of being in All-Star games, and for it to come full circle and be here where my dad played for 10 years, it'll be a great memory for a long time."

10 a.m. - Kemba Walker speaks to the media ahead of Saturday night's 3-point contest saying he's "just trying to enjoy every moment" of the NBA All-Star in Charlotte.

5:15 p.m. - Multiple celebrities spotted on the red carpet ahead of the Rookie Fashion Show. In the fashion show, children of celebrities take the runway.

3:30 p.m. - Past and present NBA players, business partners and guests spent part of the day giving back for the 12th annual All-Star Day of Service. The event kicked of at noon and lasted til around 4 p.m., allowing many the chance to give back to the Queen City. Michael Jordan and Dwyane Wade were among those helping out.