Your guide to NBA All-Star Weekend in Charlotte

More than 150,000 visitors and 1,800 media members are coming to the Queen City for the festivities. That's more than twice the capacity of Bank of America Stadium. 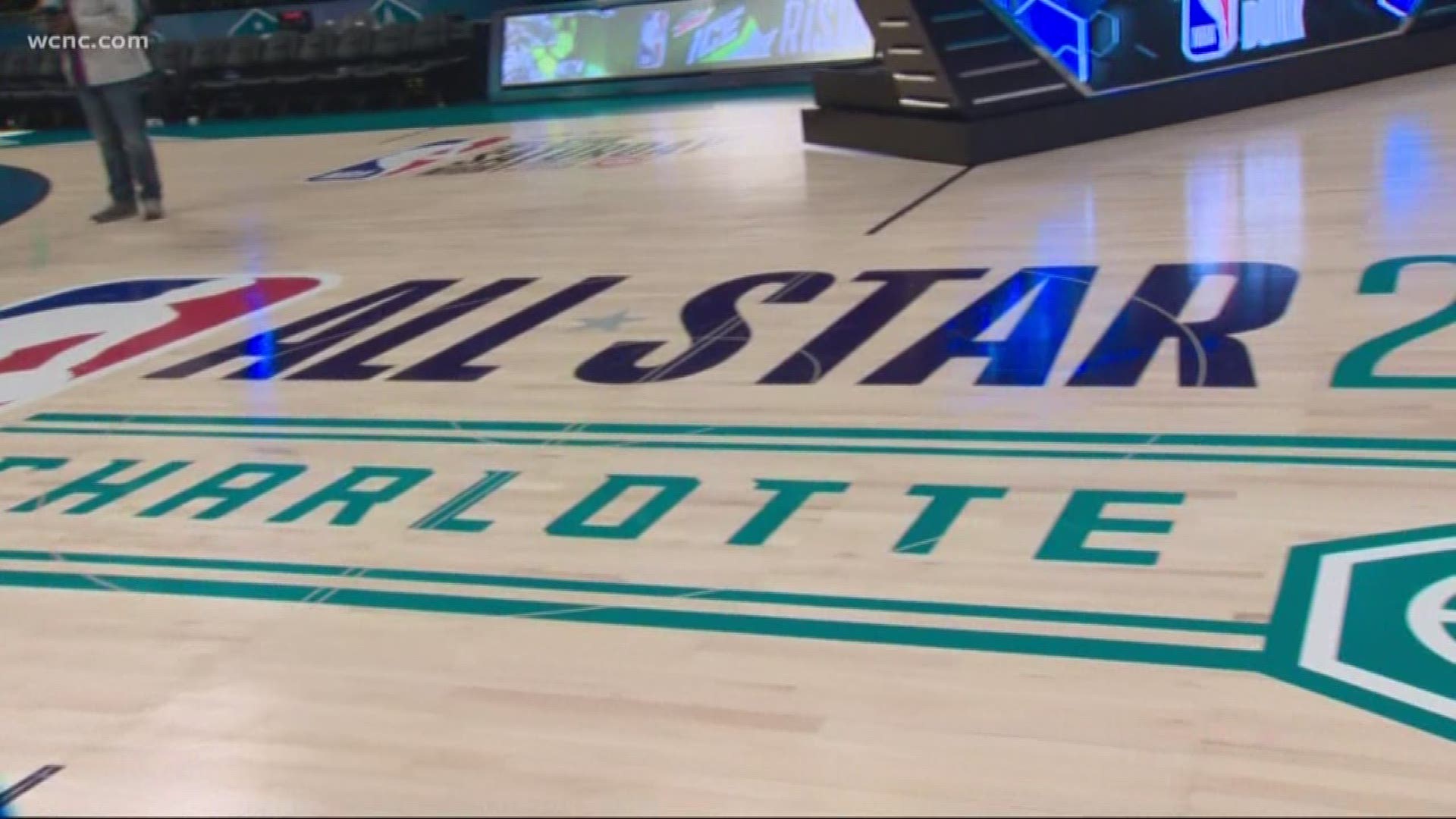 CHARLOTTE, N.C. — After months of buildup, it's finally here and Charlotte will play host to the biggest sporting event the city has ever seen -- the 2019 NBA All-Star Game.

By every measure, the showcase will have a huge impact on the city with more than 150,000 visitors and 1,800 media members coming to the Queen City for the festivities.

To put that number in perspective, 150,000 is more than twice the capacity of Bank of America Stadium.

"So we want every member of this community to remember what we're known for which is hospitality in a very good southern way," said Mayor Vi Lyles.

The game will also create thousands of part-time jobs, the biggest increase since Charlotte hosted the Democratic National Convention in 2012.

But even if you have no plans to check out all the action, chances are you will still be affected by all of the extra hustle and bustle.

It goes without saying that the influx of visitors will create traffic headaches, especially around uptown.

A section of the I-277 inner loop remains under construction as crews continue to work on a project that started over a year ago to repair 22 bridges around the city.

Traffic currently funnels from three lanes to one just before the Caldwell Street and South Boulevard exit before Bank of America Stadium. NCDOT said it will suspend all lane closures during All-Star weekend if the work isn't finished.

"We expect significant traffic associated with this event as you can probably guess," said one Charlotte official. "It'll be both pedestrian and vehicular traffic, it'll be a busy place."

Streets surrounding Spectrum Center are shut down for the entire weekend.

Charlotte DOT plans to tweet any updates on closures. Officials said parking will likely be limited.

"If you do not need to travel to uptown during this time, please avoid the area," officials said.

Drivers were also urged to avoid Independence Blvd. and the Bojangles' Coliseum on Friday afternoon.

E-scooters and bicycles will not be allowed in areas around the center.

The Transit Center for buses will be temporarily relocated to the 7th Street Station.

Designated Uber and Lyft drop-off locations will be altered:

The Spectrum Center light rail station will close each day of All-Star weekend at 5 p.m. Also, riders passing by the 3rd and 7th Street Stations will have to get off the train momentarily for a security sweep.

On the light rail, purses, tote bags, and backpacks will not be allowed starting at 5 p.m. Friday, Saturday, and Sunday.

There are also several things you cannot bring into the Spectrum Center.

You might remember that Charlotte was supposed to host the All-Star Game in 2017. Backlash over the controversial House Bill 2 led to the game being moved to New Orleans. As it turns out, that extra time might have been a blessing in disguise for Charlotte.

Since that time, Charlotte's skyline has grown with six new hotels opening in the last two years, providing more than 1,000 rooms in uptown. That brought the total up to 24 hotels and more than 5,500 rooms.

According to the NBA, they have rooms in 19 uptown hotels and some people are staying near Tryon and Tyvola, SouthPark and near Bojangles' Coliseum.

Charlotte-Mecklenburg Police officers are in charge of keeping everyone out of harm's way. By the end of the weekend, the department could become the real MVP.

"We want to make sure that not only that the people that are coming in are safe," an officer said.

Here are some security tips:

To report illegal or suspicious activity, or in the event of an emergency, dial 911.

You’ll want to be smart about purchasing tickets to games and events. Tons of resale tickets are hitting sites like Nextdoor and Craiglist.

Attorney General Josh Stein said to be careful when buying tickets on the secondary market. Use a company, versus buying from individuals he warned.

“There will be scam artists that come in and print tickets that look absolutely real. And the only time you find out it doesn’t work is when you got to get in the facility and it won’t pass the bar code.”

Click here to purchase tickets from the official site.

Lunch with a legend at Charlotte Convention Center

At halftime, J. Cole will perform a medley of his hits. The seven-time Grammy nominee has had five number one albums on the Billboard Top 200, including 2018's "KOD." His latest single, "Middle Child," was released on January 23.

THE CROSSOVER - DURING ALL-STAR WEEKEND 2019