It comes after an email by the CEO of CPI Security was leaked to the public. The email was sent in response to a call to action to end police brutality. 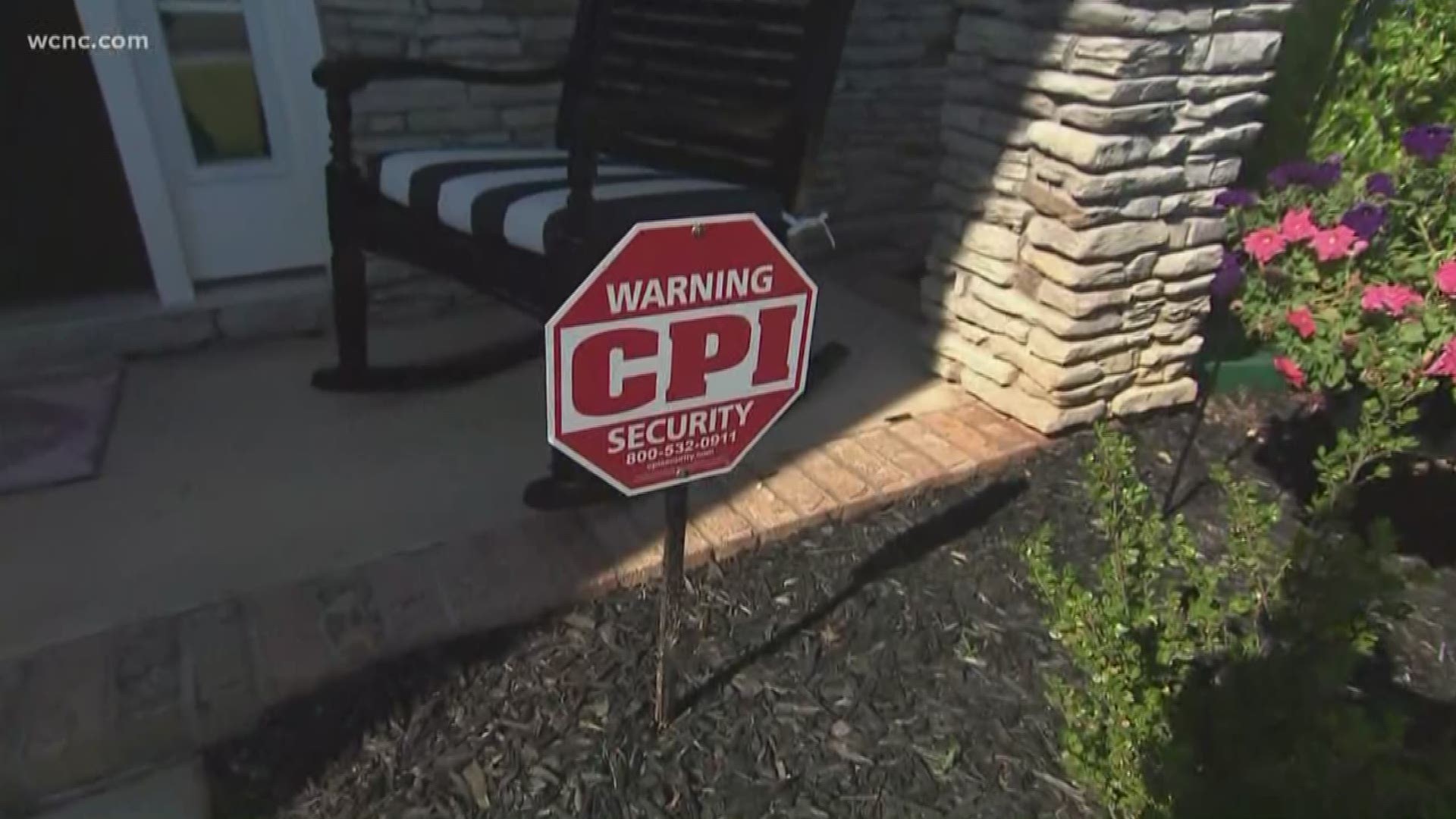 CHARLOTTE, N.C. — Several teams and companies in the Carolinas have ended partnerships with CPI security following an email by the CEO of CPI Security that was leaked to the public.

It all stems from a leaked email CPI Security CEO Ken Gill sent to the Executive Director of a local nonprofit. In it, Gill suggests working on police reform is not a productive use of time.

In the email obtained by WCNC Charlotte, CPI Security CEO Kenneth Gill suggests Jorge Millares, with Queen City Unity, “spend time in a more productive way,” and that “a better use of time, would be to focus on the black on black crime and senseless killing of our young men by other young men.”

Days since the email was leaked to the public, the fallout continues for CPI Security and CEO Ken Gill.

Tuesday, Bojangles and the Greater Charlotte YMCA followed the lead of the Carolina Panthers and Hornets and cut ties with the company.

"Bojangles stands against racism and injustice of any kind. In light of recent comments made by CPI Security’s CEO, Bojangles will end our relationship with the company," Bojangles CEO Jose Armario said in a statement. "We have informed CPI Security of our decision and will begin the transition of our Charlotte Support Center and more than 300 company-owned restaurants as quickly as possible."

The YMCA of Greater Charlotte announced it would no longer name its new Steele Creek facility after the Gill family and issued the following statement:

"The Y is committed to equity, inclusion and opportunity for all and we are especially focused on racial inequity experienced by African Americans in our community. We are aware of CPI CEO Ken Gill's recent email comments. We denounce these comments that were hurtful and are at odds with our intent to be a unifying force, a community convener and a place free of racism. The YMCA previously agreed to name a new, much-needed YMCA in the highly diverse Steele Creek area for Ken Gill and his family as lead contributors. The YMCA of Greater Charlotte board voted yesterday that this Y will not be named Gill Family YMCA. As well, we have offered to return to the Gill family capital funds received to date."

At this point, some of the biggest and most powerful players in the Queen City have cut ties with Gill and CPI. Public relations experts say in this current climate, bouncing back would require big changes.

“When one part of the partnership is not sharing those goals and belief systems, it’s really important to part company with them,” says Corri Smith, the owner of Black Wednesday, a Charlotte-area PR and marketing company.

Gill sent the email to the Executive Director of Queen City Unity, Jorge Millares, who is also a former CPI employee. It was in response to a call to end police brutality.

In the email, he says, "a better use of time would be to focus on the black on black crime and senseless killing of our young men by other young men." Several employees walked out as a result.

“I think now companies are more empowered and supported to walk the walk,” Smith said.

Smith says people want to engage with brands they're aligned with, especially with the current cultural movement.

“Brands are really sort of coming into this place where they know what they believe and now they can be loud about it because their values and their goals are in line with their constituencies and community,” she says. 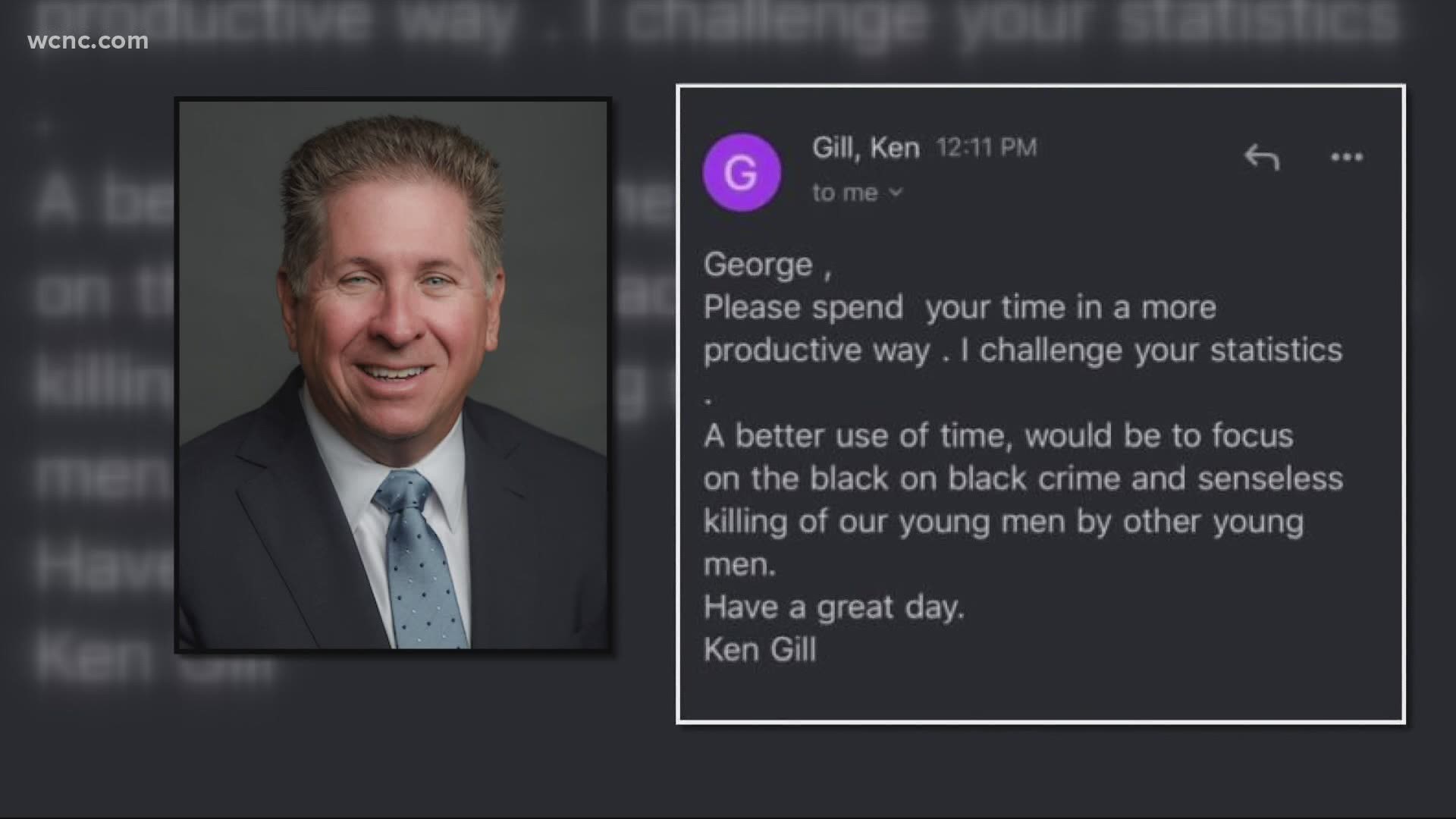 Gill has also voluntarily resigned from the board of the CMPD Police Foundation after 15 years of service.

Sunday, the Charlotte Hornets announced that the team would be ending its partnership with CPI Security.

In a statement, the Hornets said the team believed it was "appropriate" to end the relationship.

“Our chairman has been very clear about his thoughts surrounding the issues of racial equality, social justice and diversity," the statement from the Charlotte Hornets reads. "Hornets Sports & Entertainment shares these values. As a result, we believe it is appropriate at this time to end our partnership with CPI. We notified CPI CEO Ken Gill of our decision earlier today. Across our organization from our ownership, to our players, to our staff, we are fully committed to improving racial equality, social justice, diversity and access to education throughout our community.”

The Charlotte Knights announced Sunday that the team was "committed to inclusion and diversity" and would be ending the partnership with CPI, including sponsorship and branding in the ballpark.

“As the Charlotte Knights are committed to inclusion and diversity, we were very disappointed to hear of the recent comments made by a representative of CPI Security," the Charlotte Knights said in a statement. "As such, effective immediately, we are ending our partnership with CPI which includes sponsorship and branding within our ballpark and on various media platforms. We stand with those in our community and across the country who are working to affect change to bring an end to racism and discrimination.”

Saturday night, the Carolina Panthers announced the team was ending its long-term partnership with CPI Security.

In a tweet, the Panthers said they felt "it was right" to end the relationship.

In a statement posted to Facebook Saturday — before the Carolina Panthers announced they were severing the relationship with the company — the CEO of CPI Security said he's "listened to the feedback, and now more than ever realize the need for continued dialog to help end racism within our community.

Ray Tanner, University of South Carolina's Director of Athletics, announced in a statement that they were also ending their "corporate sponsorship relationship" with CPI, saying the university and athletics department "stand for equality and justice for all."

Gamecocks Athletics added that student-athletes, coaches and staff had taken part in peaceful protests since the death of George Floyd.

RELATED: 'We are part of the problem' | NC sheriff calls for change at Floyd hometown memorial