Next 2 Hornets games postponed due to NBA COVID-19 protocol

The Hornets' games against the Chicago Bulls and Denver Nuggets have been postponed due to the NBA's health and safety protocols. 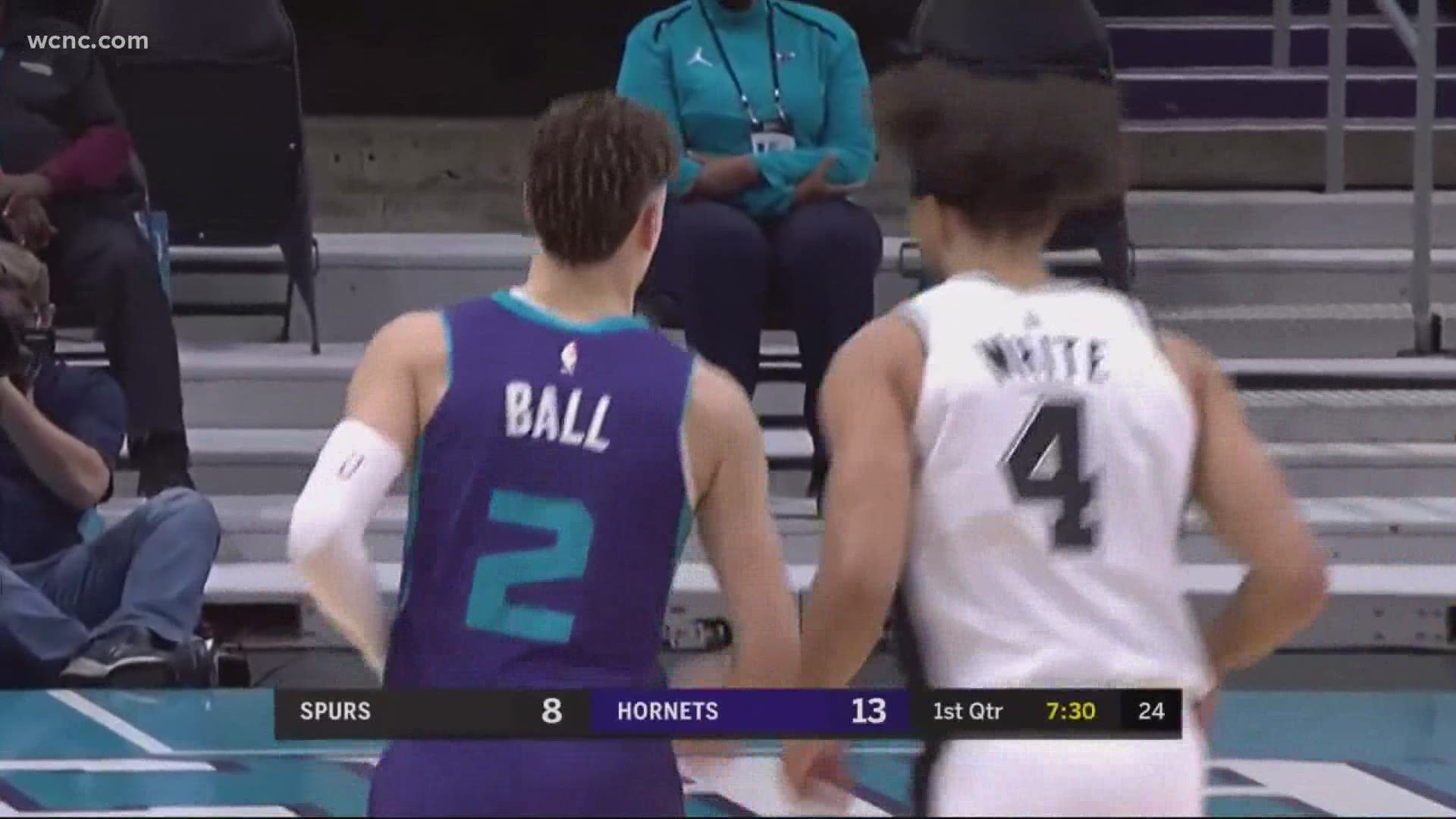 CHARLOTTE, N.C. — The Charlotte Hornets' next two games have been postponed due to the NBA's health and safety protocols after four San Antonio players tested positive for COVID-19.

The Hornets played the San Antonio Spurs on Valentine's Day. PJ Walker, Caleb Martin and Cody Martin all missed that game due to the league's health and safety protocol.

The recent postponement will give the NBA time to perform contact tracing for all players on San Antonio's roster. Charlotte was scheduled to play the Chicago Bulls Wednesday before taking on the Denver Nuggets Friday.

"We've been in this situation," Hornets coach James Borrego said. "We've just got to adjust and adapt and find ways to communicate and connect away from each other right now."

Borrego said there is "no indication" that any of the Hornets players contracted COVID-19.

The NBA also announced the Spurs' next three games have been postponed. This will mark the third postponement for the Hornets in February. Their Feb. 7 game against Portland was also pushed back.

The next two #Hornets games (Wednesday vs CHI, Friday vs DEN) have been postponed. Four #Spurs players have tested positive for COVID-19 plus contact tracing for Charlotte which hosted San Antonio on Sunday.

The Hornets are still scheduled to host the Golden State Warriers on Saturday, and Borrego was hopeful Charlotte would practice as a team on Friday ahead of that game.

Players took part in individual workouts on Tuesday, with only one player and one coach allowed on the practice court at a time, each masked and staying socially distant.

The team will continue to meet virtually for now on Zoom, where they can even study film in small groups.

But as usual, Borrego is focused on the big picture.

"This is a minor blip of what's going on in our world," he said. "We can handle this."